A Note on Crystals and its Method of Solution 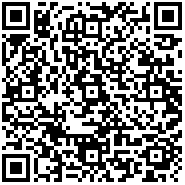 In the 1950s, zeolite and platinum-based catalysts for petroleum processing were discovered, in the 1960s, high-purity silicon as a core component of microelectronic devices was discovered, and "high temperature" superconductivity was discovered in the 1980s. William Lawrence Bragg's development of X-ray crystallography in the early 1900s was a game-changer. Carl Wagner's work on oxidation rate theory, counter diffusion of ions, and defect chemistry greatly increased our understanding of how reactions occur at the atomic level in the solid state.

He is sometimes referred to as the "Father of Solid State Chemistry" because of his achievements. Because solid state chemicals are so diverse, there is a wide range of ways for preparing them. High temperature procedures are frequently used for thermally resistant materials. Bulk solids, for example, are made in tube furnaces, which may reach temperatures of around 1100°C. Special equipment, such as ovens with a tantalum tube through which an electric current is conducted, can reach temperatures of up to 2000 degrees Celsius. Diffusion of the reactants is sometimes necessitated at such high temperatures.

Melting the reactants together and then annealing the formed melt is a common process. When volatile reactants are involved, the reactants are frequently placed in an ampoule and the mixture is evacuated. By submerging the ampoule's bottom in liquid nitrogen and then sealing it. After that, the sealed ampoule is placed in an oven and given a heat treatment. Certain grains may develop fast within a matrix of finer crystallites in the presence of molten flux. This causes Aberrant Grain Growth (AGG), which can be beneficial or harmful to the final product.

Solvents can be used to prepare solids through precipitation or evaporation. At times, the solvent is utilised as a hydrothermal, which means it is heated to temperatures over its boiling point. Flux techniques are a variation on this subject, in which a salt with a low melting point is introduced to the mixture to act as a high temperature solvent in which the desired reaction can occur. This might be quite beneficial.

Many solids react violently when exposed to reactive gas species such as chlorine, iodine, and oxygen. Others combine with other gases, such as CO or ethylene, to generate adducts. These reactions are frequently carried out in a tube with open ends on both sides through which the gas is conveyed. Allowing the reaction to take place inside a measuring equipment, such as a TGA, is a variation on this. In that instance, stoichiometric data can be gathered during the reaction, assisting in the identification of the products

To clean and grow crystals of materials, chemical transport reactions are used. The procedure is frequently performed in a sealed ampoule. A little amount of a transport agent, such as iodine, is added to the process, resulting in a volatile intermediate species that migrates (transports). After that, the ampoule is placed in a two-temperature oven. A chemical vapor deposition is a process for making coatings and semiconductors from chemical precursors that is frequently used. In the sense that a series of reaction mixtures are created and heat treated, synthetic technique and characterization frequently go hand in hand.

To identify which stoichiometries will lead to new solid compounds or solid solutions between recognized ones, the stoichiometry is routinely modified in a methodical way. Powder diffraction is a popular approach for characterizing reaction products because many solid state processes create polycrystalline ingots or powders. The identification of recognized phases in the combination will be aided by powder diffraction. If a pattern is discovered that is not found in the diffraction data banks, an attempt can be made to index the pattern that is to determine the symmetry and unit cell size. Once the unit cell of a new phase has been determined, the phase's stoichiometry must be determined. This can be accomplished in a variety of ways. The original mixture's composition can sometimes provide a hint.