A Note on Regulations of Medical Research 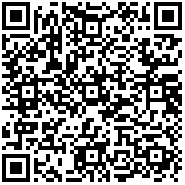 In the pharmaceutical industries, drug development pipelines, clinical and preclinical research phases occur, with the clinical phase signified by the phrase clinical trial. Only a small portion of clinical or preclinical research is focused on a specific pharmaceutical goal. Pharmaceutical research is only a minor part of medical research due to the need for fundamental and mechanism-based understanding, diagnostics, medical devices, and nonpharmaceutical therapy. The increasing longevity of humans over the last century can be credited in large part to medical research discoveries. Vaccines for measles and polio, insulin treatment for diabetes, classes of antibiotics for treating a variety of ailments, medication for high blood pressure, improved treatments for AIDS, statins and other treatments for atherosclerosis, new surgical techniques such as microsurgery, and increasingly successful cancer treatments are just a few of the major benefits of medical research. The Human Genome Project is intended to result in new, helpful testing and therapies. However, many obstacles remain, such as the emergence of antibiotic resistance and the obesity epidemic.

Biomedical scientists conduct the majority of the research in the field, but other types of biologists make substantial contributions. Medical research on humans must adhere to the medical ethics set forth in the Declaration of Helsinki, as well as the guidelines set forth by the hospital review board where the research is conducted. Research ethics are expected in all instances. Investment priorities and funding levels have fluctuated since the National Institutes of Health (NIH) was established in the mid-1940s as the primary source of federal support for biomedical research in the United States. From 1995 to 2010, the National Institutes of Health (NIH) increased its funding for biomedical research from 11 billion to 27 billion dollars. Despite the increase in federal spending, advancements as measured by citations to publications and the number of medications approved by the FDA over the same time period remained unchanged. According to financial predictions, federal spending will stay stable in the near future.

The National Institutes of Health (NIH) is the federal institution in charge of managing the vast majority of federal biomedical research funding. It supports around 280 health-related initiatives. There have been two noteworthy periods of NIH assistance throughout the last century. Between 1995 and 1996, funding raised from $8.877 billion to $9.366 billion, marking the beginning of the "doubling phase" of rapid NIH support. The NIH worked to arrange research spending for involvement with the scientific community during the second notable phase, which began in 1997 and ended in 2010.

In the United States, biomedical research investment grew at a much greater rate than GDP growth over the last decade: from 2003 and 2007, spending grew at a rate of 14% per year, while GDP grew at a rate of 1% (Both measures adjusted for inflation). Industry, nonprofit organizations, states, and the federal government all contributed to a rise in financing from $75.5 billion in 2003 to $101.1 billion in 2007. Biomedical research spending fell 2% in real terms in 2008 due to the urgency of federal funding priorities and stagnating business spending during the recession. Despite an increase in overall spending in biomedical research, there has been stasis in the number of medication and device approvals during the same time period, with some areas seeing a significant reduction.

The World Medical Association establishes ethical guidelines for doctors who work in medical research. The Declaration of Helsinki is the most fundamental of them all. The International Conference on Harmonization of Technical Requirements for Registration of Pharmaceuticals for Human Use (ICH) develops regulations and recommendations for the development of new drugs, such as the Good Clinical Practice Guidelines (GCP). The ethical standards code of a country underpins all regulatory principles. This is why, while treatment of a given disease may be prohibited in one country, it is permitted in another.