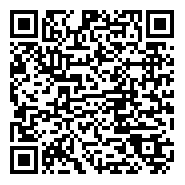 Objective: We report an unusual case of acute rhabdomyolysis, occurred as a consequence of strong physical exertion followed by assumption of duloxetine and cocaine, in a patient on antidepressant treatment with SSRI. Case description: A young male patient presented to the emergency department with a clinical picture ascribable to acute rhabdomyolysis (RML). He reported intense physical workout and ongoing antidepressant treatment but was reticent to disclose the assumption of cocaine and of other psychoactive substances for voluptuary purposes. A toxicological screening was performed and the occurrence of acute RML due to the concomitance of strong physical exertion and assumption of serotoninergic substances was confirmed. Results: The appropriate treatment for RML was timely started and the patient was discharged from the hospital nine days after admission in good clinical conditions Conclusion: The introduction of a toxicological screening as a routine procedure for patients presenting at emergency departments with a clinical picture attributable to rhabdomyolysis could be recommended, in order to timely intervene with the adequate actions thus reducing the risk of life-threatening complications.

Rhabdomyolysis (RML) is a potentially life-threatening syndrome characterized by the rapid destruction of skeletal muscle, resulting in the leakage of intracellular contents into the circulatory system. These contents include myoglobin, creatine phosphokinase, potassium, aldolase, lactate dehydrogenase and glutamic-oxaloacetic transaminase [1,2]. Rhabdomyolysis is generally characterized by the occurrence of a triad of symptoms including muscle weakness, myalgia, and dark urine [3,4]. Renal failure and disseminated intravascular coagulation (DIC) are dreaded complications in adults which, in extreme instances, may potentially entail fatal outcomes [5]. An excessive physical exertion as well as the assumption of cocaine or of serotoninergic drugs is included among the possible causes of RML [6].

In this article we present the case of a patient that developed acute rhabdomyolysis as a result of the combination of multiple risk factors: physical exertion, strong activation of serotoninergic receptors caused by the administration of two different serotoninergic drugs and assumption of cocaine.

Patient of male gender, aged 33, 164 cm tall and weighed 67 kg presented to the emergency room with severe pain in the legs, ascribing the discomfort to an intense workout consisting of indoor exercise-biking for two hours done 3 days prior, after having spent a long period out of practice, he also reported dark urine for the past 24 h. At first, the patient denied having taken medication or drugs but later he declared the assumption of cocaine on the day before the occurrence of the symptoms and his mother reported home therapy, started 3 months earlier, with the selective serotonin reuptake inhibitor (SSRI) - type antidepressant escitalopram (10 mg once a day). In addition, the patient acknowledged the assumption of 60 mg of the serotoninnorepinephrine reuptake inhibitor (SNRI) duloxetine, which had been taken without any medical prescription on the day before the event with the purpose of potentiating the effects of cocaine.

The first blood and instrumental checks at the emergency room revealed the presence of severe rhabdomyolysis, thus the patient was immediately transferred to the medical unit of the emergency department for further investigation. The measurements of the vital signs resulted in the following: mild hypertension (150/95 mm hg); normal peripheral capillary oxygen saturation (SpO2) (96% on room air); normal respiratory rate (20 breaths per min); normal temperature (36ºC); rhythmic heart activity and symmetric wrists. The overall working diagnosis included integrity of sensation with intense pain in the lower limbs; absence of edema slopes; denied dyspnea; tongue and mucous membranes normally moisturized; treatable abdomen, not painful to palpation and shallow; physiological chest mV and blood glucose of 104 mg/dl. Creatinine levels were repeatedly measured throughout the hospitalization period. The highest detected value, shown on the second day, was 1.6 mg/dL (RR: 0,8-1.2), corresponding to a filtered 62 mL/min per 1.73 m2 according to the Cockcroft-Gault standard for body surface.

By maintaining an effective diuresis and closely monitoring kidney function and vital parameters, a gradual reduction to normal ranges of CPK and transaminases, associated with a normalization of the overall kidney function was observed. The patient was discharged from the hospital 9 days after admission, in good clinical conditions, with the final diagnosis of severe, iatrogenic, multiple origin rhabdomyolysis, complicated by transient acute kidney failure of renovascular type.

Table 1: Most common causes of Rhabdomyolysis.

Precise estimates on the incidence of rhabdomyolysis are not available due to the extreme variability of clinical scenarios and settings, as well as to the confounding variables introduced by comorbid conditions [2,6,9]. However, it is appraised that 10- 40% of patients with rhabdomyolysis develop acute renal failure (ARF) and up to 15% of all cases of ARF can be attributed to rhabdomyolysis [2,6,9]. Drugs, including alcohol, have assumed greater importance and in published series have been implicated in up to 81% of the overall cases of rhabdomyolysis [10].

In order to minimize the risk of unfavorable development of RML, an early diagnosis is crucial but there are many challenges in trying to make an accurate clinical diagnosis since pain, muscle weakness and red-brown coloration of urine are non-specific symptoms that may even be absent in some RML cases [11]. The diagnosis is primarily based on the following:

Serum levels of creatine kinase (CK). CK represents the most sensitive indicator of muscle damage. This measurement allows determining both the extent and the distribution of muscle damage. Serum CK levels can be considered as significantly high when at least 5 times the upper limit of normal, although this evaluation may be discretional [12]. An increase in CK serum concentration is usually observed 2-12 h from the occurrence of muscle damage. Usually, the peak is achieved within 1-3 days while normalization occurs 3-5 days after the injury. It is important to point out the lack of correlation between the increase of CK levels and the intensity of the symptoms [13].

Presence of myoglobinuria. If the myoglobin urine concentration is greater than 1 g/L, urine color may turn to reddish-brown or to a hue similar to the "coke" drink. The serum myoglobin levels usually increase earlier than the CK ones, achieving values which may even be 20 times over the upper limit of normal, and normalize faster than the CK concentration. Should myoglobinuria be accompanied by dehydration, timely and aggressive treatment would be required in order to avoid the development of acute renal failure.

Increase in serum concentrations of other muscle enzymes to include: lactate dehydrogenase, alanine aminotransferase, aldolase and carbonic anhydrase III, calcium, potassium, phosphorus, uric acid and urea. Calcium concentrations are variable during the course of rhabdomyolysis: hypocalcemia in the early stages of renal failure is followed by hypercalcemia once calcium levels increase due to the release from lysed muscle cells.

The cornerstone of treatment is the correction of hypotension, hypovolaemia and dehydration, and the prevention of complications of acute renal failure. Standard treatment includes the removal of the cause, if known and the measurement of CK concentrations. In patients presenting to the emergency department, RML is very often accompanied by hypovolemia. Therefore, in order to prevent renal failure in the early stages of oliguria, it is extremely important to induce diuresis through the administration of large volumes of fluids, both by water drinking (when possible) and saline infusion.

Cocaine (benzoyl methylecgonine), is a natural alkaloid found in the Eritroxilacee plants. It produces its effects mainly through two different mechanisms: 1. The inhibition of the presynaptic re-uptake of monoamines (serotonin, norepinephrine and particularly dopamine); and 2. The block of the sodium channels. Similarly to SSRIs and SNRIs, the inhibition of monoamines’ reuptake leads to a sensitive increase in the levels of catecholamine within the synaptic cleft, thus enhancing the dopaminergic, noradrenergic and serotoninergic transmission and producing psychostimulatory – sympathetic effects, also associated with a strong vasoconstrictive action on the vascular smooth muscle [14]. The block of the sodium channels impedes the conduction of the nerve impulse by inhibiting the depolarization of the nerve cells, thus representing the basis for the local anaesthetic action of the alkaloid.

Indeed, cocaine itself may induce RML through many pathogenetic mechanisms: direct toxic effects on skeletal muscle due to the block of the sodium channels; indirect effects due to the hypoxaemia and ischaemia consequent to prolonged vasoconstriction; direct muscle injury in case of a sudden loss of consciousness; prolonged muscular contraction in case of convulsions. In our case it appears that the occurrence of RML should be attributed to the synergy between the intense physical exertion performed three days before the event and the concomitant assumption of cocaine and of the two serotoninergic substances which, through a similar mechanism of activation of 5-HT1A and 5-HT2A receptors, provoked a potentially fatal cerebral neuronal block.

The described case reports of an acute and severe rhabdomyolysis occurred in an untrained adult male subject, on antidepressant treatment with SSRI, who had undergone a strong physical exertion. Following the intense workout, the patient had also assumed duloxetine and cocaine, whose intake was referred to the physicians only after some initial reluctance.

Given the high rates of cocaine use and abuse and the common attitude of cocaine users, frequently reticent to refer about the use of the drug [15,16], it could be taken into consideration the opportunity to introduce a toxicological screening (clinicalanamnestic and laboratoristic) as a routine procedure for patients presenting at emergency departments with a clinical picture attributable to rhabdomyolysis, in order to timely intervene with the adequate actions, thus reducing the risk of life-threatening complications [17].