A Review of Process Limitations and Microbial Community in Anaerobic Digestion of Fat, Oil, and Grease (Fog) 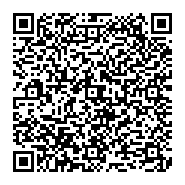 Organic wastes, such as fats, oils, and grease (FOG), are good substrates for biogas production because of their high methane yield potential. FOG are hydrolyzed to glycerol and long-chain fatty acids(LCFA), and the degradation of LCFA takes place through the β-oxidation pathway which has been reported as the rate-limiting step of the whole anaerobic digestion process. This paper reviews the scientiï¬c literature on LCFA and FOG anaerobic digestion, inhibition factors, and microbial community, and will highlight future research needed to improve the methane production of FOG by anaerobic co-digestion with other waste biomass.

Organic wastes, such as fats, oils, and grease (FOG), are good substrates for biogas production because of their high methane yield potential. FOG are hydrolyzed to glycerol and long-chain fatty acids(LCFA), and the degradation of LCFA takes place through the β-oxidation pathway which has been reported as the rate-limiting step of the whole anaerobic digestion process. This paper reviews the scientiﬁc literature on LCFA and FOG anaerobic digestion, inhibition factors, and microbial community, and will highlight future research needed to improve the methane production of FOG by anaerobic co-digestion with other waste biomass.

Lipids have been considered as a good feedstock for renewable energy production because of the high methane production potential (Table 1) [6]. Theoretically, 1 g glycerol trioleate (C57H104O6) is equivalent to 1.08 L of CH4, and 1 g of glucose (C6H12O6) is equivalent to only 0.37 L at standard temperature and pressure. In practical AD reactors, 60%~74% of FOG was converted to methane.

Anaerobic digestion consists of a series of microbial process that convert organics to methane and carbon dioxide, and can take place under different temperature conditions, such as psychrophilic, mesophilic or thermophilic. Biodegradation under mesophilic conditions is most common. In general, anaerobic digestion can be divided into three major microbial steps, i.e. hydrolysis, acidogenesis/acetogenesis and methanogenesis shown in Figure 1 [7]. Lipids are hydrolyzed to glycerol and long-chain fatty acids (LCFA), and then the degradation of LCFA takes place through the β-oxidation pathway which has been reported as the rate-limiting step of the whole anaerobic digestion process. During hydrolysis, a consortia of bacteria breaks down complex organics such as lipids from the influent into soluble monomers such as fatty acids. Hydrolysis of the complex polymers is catalyzed by extracellular lipases. Acidogenesis consists of fermentation and anaerobic oxidation (β-oxidation), which are carried out by fermentative acidogenic and acetogenic bacteria, respectively [8]. LCFA toxicity: Treatment of FOG by anaerobic digestion is often obstructed because of the inhibitory effect of LCFAs. The early research showed that gram-positive microorganisms were inhibited at low concentrations of LCFA more than gram-negative microorganisms [9]. Gram-positive methanogenic bacteria can be inhibited by LCFAs due to their cell wall [10]. In UASB reactors, sorption of a light layer of LCFAs to biomass leads to the flotation of sludge and sludge washout [11]. Koster and Cramer observed that Oleic acid have almost the same inhibitory as lauric acid, which exhibited I50 of 4.3 mM, and Caprylic acid was only slightly inhibitory [12].

LCFA toxicity varied with the type of anaerobic sludges and was more correlated to the sludges’physical characteristics (specific surface area and size distribution) than to their biological characteristics. Suspended and flocculent sludges, which have a higher specific surface area, suffered much greater inhibition than granular sludge did [13]. Thermophiles have been reported to be more sensitive to LCFAs than mesophiles, possibly due to the different composition of cell membranes [14].

Biodegradation of LCFAs has been reported in both mesophilic and thermophilic environments [15,16]. It has been suggested that LCFAs exerted a bactericidal effect and no adaptation of methanogens occurred [15,16]. However, studies based on the degradation of oleic acid in an anaerobic fixed-bed reactor showed that acclimation improved the resistance of the biofilm in the presence of oleate and improved the biodegradation capacity compared to the biofilm formed in the absence of lipids [17,18]. Addition of calcium has been shown to reduce LCFA inhibition, probably because of the formation of insoluble salts [15,19]. However, calcium addition cannot solve the problem of sludge flotation.

Long chain fatty acids inhibition: The lipids are neither easily treated by conventional means, nor decomposed biologically, due to the formation of insoluble aggregates and floating on the surface of the wastewater [20]. Although lipid rich wastewaters have high methane potential, one of its intermediate products, LCFAs, can lead to inhibition [21,22]. Hanaki found that the addition of LCFAs caused the appearance of a lag period in methane production from acetate, and in the anaerobic digestion process. According to the Second Law of Thermodynamics, energy must flow from a higher to a lower potential. Thermodynamically acido-acetogenesis (fermentation) is endothermic and nonspontaneous (ΔG>0 and ΔH>0), and this implies that LCFA fermentation cannot proceed spontaneously, and that LCFAs form insoluble hydrophobic aggregates in the aqueous phase [23]. However, acidogenesis together with acetogenesis decomposes the long chain saturated fatty acids to acetic acid through shorter chain fatty acids (β-oxidation) and by electrochemical coupling with methanogenesis. A strongly spontaneous process with a negative enthalpic driving force (ΔG<0 and ΔH<0) [23,24] occurs, and the non-spontaneous fermentation is thermodynamically switched to a spontaneous process (ΔG<0 and ΔH<0) [25].

This implies that LCFA inhibition of methanogenesis could cause the failure of LCFA fermentation and the whole anaerobic digestion bioprocess. Severe LCFA inhibition was observed in an anaerobic membrane bioreactor for the treatment of lipid rich corn-to-ethanol thin stillage, and Dereli suggested that the extensive dissolution of LCFAs in the reactor broth possibly caused inhibition of methanogenesis [26]. Inhibition of methanogens by LCFAs was reported as the limitation to exploit biogas production from fat-rich wastewaters [27]. Inhibition by LCFAs during anaerobic processes depends on the type of LCFA, the microbial population, and the temperature. For instance, oleic acid, followed by palmitic and stearic acids, has been described as the LCFA with the greatest inhibitory effect on thermophiles [28].

Mechanism of LCFA inhibition: Although LCFA degradation was suggested as the “limiting step” in methanogenesis due to its perceived limitations [29], by combining hydrolytic, fermentative, syntrophic acetogenic (SAB) and methanogenic microorganisms, anaerobic digestion of LCFAs has been achieved [30]. The limiting step was suggested to be closely related to the initial concentration of LCFAs, and therefore high concentrations of LCFAs lead to the failure of anaerobic digesters [31,32]. It is believed that inhibition of anaerobic metabolism by LCFAs is attributed to the adsorption of the LCFAs onto the cell wall and affecting on membrane metabolic transport [33,34].

This adsorption delays methane production, but can be prevented by providing a competitive synthetic adsorbent (such as bentonite) [35], and the biophysics of LCFA inhibition in anaerobic digestion has been mathematically modeled [36]. In addition, Hwu proved that the toxicity of a model LCFA (oleate) to acetoclastic methanogens in anaerobic sludge was not dependent on three biological factors (sludge origin, specific acetoclastic methanogenic activity and sludge adaptation to lipids), but was closely correlated to the physical factor of specific surface area of the sludge [37]. Besides the inhibition of methanogenic bacteria, Pereira and Neves proposed that LCFA adsorption and accumulation on biomass can create a physical barrier and hinder the transfer of substrates and products, inducing an initial delay in methane production, and even causing sludge flotation and wash out [35,37]. Addition of calcium has been shown to alleviate LCFA inhibition, probably due to the formation of insoluble salts [38]. Dilution of the reactor's content with inoculum, thus increasing the biomass/LCFA ratio, or the addition of adsorbents, was found to be the best strategies to recover thermophilic manure reactors subjected to LCFA inhibition [39].

Co-digestion of FOG: As discussed previously, LCFA inhibition exists in the anaerobic reactor and cannot be resolved completely. Co-digest of FOG with other substrate became an effective and efficient method to resolve this problem. Numerous municipalities across the USA, Canada and Europe have implemented full scale anaerobic co-digestion of FOG and municipal sewage sludge at wastewater treatment plants [40]. FOG or other high lipid wastes have also been successfully co-digested with cow manure, swine manure, and food waste [41-44].

Microorganisms in FOG anaerobic co-digestion: FOG degradation in anaerobic bioreactors is accomplished by syntrophic communities of acetogenic bacteria and methanogenic archaea. Shigematsu and colleagues [58] used a 16S rRNA gene approach to study the microbial communities present in a chemist at fed with a mixture of oleic and palmitic acids. Members belonging to Syntrophomonadaceae were detected in the chemostat, although the most predominant microorganisms belonged to the Bacteroidetes and Spirochaetes phyla. The diversity and dynamics of biomass in reactors that treat saturated and unsaturated LCFA were studied by 16S ribosomal RNA genetargeted molecular techniques [59-61]. These studies revealed that the bacterial community of the sludges is quite complex. However, a significant part of the retrieved bacterial 16S rRNA gene sequences (53%) were most similar to those of yet uncultured microorganisms, with the majority assigned to the phylum Firmicutes. There are also members of Proteobacteria and Bacteroidetes were also found. Recently studies found that syntrophic β-oxidizing genus Syntrophomonas increased to ~15% of the Bacteria community in the codigester, and Methanosaeta and Methanospirillum were the dominant methanogenic genera [62].

This work was supported by the National High Technology Research and Development Program of China (2013AA102805- 02) and Applied Basic Research Program of Sichuan Province (2015JY0054).