A Short Note on Types of Sporotrichosis 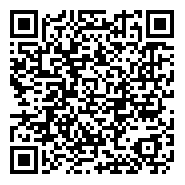 Sporotrichosis (also known as "rose gardener's illness") is an infection caused by Sporothrix, a fungus. This fungus may be found all around the world in soil and on plant stuff including sphagnum moss, rose bushes, and hay. People contract sporotrichosis when they come into touch with fungus spores in the environment. The most prevalent type of infection is cutaneous (skin) infection. It happens when a fungus penetrates the skin through a minor incision or scrape, generally after touching infected plant debris. Hands and arms are the most usually afflicted areas of skin. Wearing protective clothes such as gloves and long sleeves while contacting plant debris that might cause small cuts or scratches will reduce your risk of contracting sporotrichosis.

People who come into contact with plant stuff like sphagnum moss, rose bushes, or hay are more prone to become ill. Sporotrichosis epidemics, for example, have occurred among forestry workers, individuals who work in tree nurseries and garden stores, and those who handle hay bales. People with compromised immune systems or other disorders, such as diabetes, chronic obstructive pulmonary disease (COPD), alcoholism, or HIV, are more likely to develop severe types of sporotrichosis (those affecting the lungs, bones or joints, or central nervous system).

People in Brazil have contracted sporotrichosis after coming into touch with cats. This kind of sporotrichosis (Sporothrix brasiliensis) has never been discovered in the United States. Be cautious of unexpected animals, especially cats. Cat bites and scratches have the potential to transmit the fungus that causes sporotrichosis and other illnesses. This fungus is most commonly spread by stray cats and indoor-only domestic cats. Sporothrix, the fungus responsible for sporotrichosis, thrives in soil and on plant debris such as sphagnum moss, rose bushes, hay, or wood. The tiny fungus can penetrate the skin via minor wounds or scratches. Breathing in the fungus can induce pulmonary (lung) infection in rare circumstances. The sporotrichosis occurs in North America.

• Cutaneous (skin) sporotrichosis is the most common form of the infection. It usually occurs on a person’s hand or the arm after touching contaminated plant matter.

• Pulmonary (lung) sporotrichosis is rare but can happen after someone breathes in fungal spores from the environment.

• Disseminated sporotrichosis occurs when the infection spreads to another part of the body, such as bones, joints, or central nervous system. This form of sporotrichosis usually affects people with health problems or who take medicines that lower the body’s ability to fight germs and sickness, such as people living with HIV (see risk and prevention).

Sporotrichosis outbreaks have occurred in the United States among persons who have come into contact with sphagnum moss or hay, such as forestry workers, tree nursery and garden centre workers and people who have worked with or played on hay bales. Sporotrichosis outbreaks have also been documented in Australia, Brazil, China, Guatemala, and South Africa, among others. Healthcare professionals worried about an unusually high number of new cases should call their state or local public health agency. These sporotrichosis infections have traditionally been treated with a supersaturated potassium iodide solution. This medicine is given three times per day for three to six months until all the lesions have gone away.