Copyright: © 2018 Takenobu Y, et al. This is an open-access article distributed under the terms of the Creative Commons Attribution License, which permits unrestricted use, distribution, and reproduction in any medium, provided the original author and source are credited. 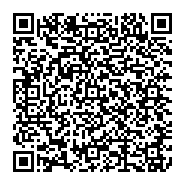 Neurogenic pulmonary edema is one of the critical complications associated with devastating stroke. In most case, primary neurogenic insult is reported as subarachnoid hemorrhage, and ischemic stroke is rarely reported as a primary cause. Herein we report a 17-year old female who had acute pulmonary edema associated with hypothalamic infarction due to top-of-basilar syndrome. Acute infarction was observed at bilateral thalamus, hypothalamus, and right hemisphere of cerebellum. Just after admission, she developed acute respiratory failure due to bilateral pulmonary edema. Pulmonary edema was improved under positive end-expiratory pressure ventilation in the next 3 days. She gradually recovered her consciousness over 1 month with mild disturbance of short-term memory. Recently, the novel hypothesis of localized insult to ‘neurogenic pulmonary edema trigger zones’ has been proposed. This case supports the hypothesis that hypothalamus can be one of the trigger zones.

Pulmonary compromise associated with neurological crisis is termed “neurogenic pulmonary edema” (NPE) if cardiovascular or pulmonary pathology are excluded. Any neurological crisis can be a primary cause of NPE. NPE has been most often described in subarachnoid hemorrhage (SAH), intracranial hemorrhage, and traumatic brain injury, and rarely in ischemic stroke [1-3]. Herein We report a case of vertebro-basilar stroke involving hypothalamus with subsequent NPE. This case supports the hypothesis that hypothalamus, the core of autonomic nervous system, plays a role in the pathogenesis of NPE.

A 17-year old female presented with headache, nausea, vertigo, and developed consciousness disturbance. On arrival to the emergency department, blood pressure was 85/52 mmHg, heart rate was 93 bpm in regular rhythm, her consciousness was disturbed with Glasgow Coma Scale of 8 (E2V2M4), pupils were 2mm in the right were observed in extremities, and no abnormal reflex were found. Initial magnetic resonance image revealed signal loss of blood flow at the top of basilar artery and acute infarction at bilateral thalamus, hypothalamus, and right hemisphere of cerebellum (Figure 1).

Just after admission, she rapidly developed respiratory failure. The chest X- ray and computed tomography showed bilateral pulmonary edema (Figure 2A-C), instead of normal echocardiography. After endotracheal intubation, she underwent bronchoscopic survey including bronchoalveolar lavage (Figure 2D), although no remarkable finding was obtained except frothy sputum. Pulmonary edema was improved by the treatment with positive end-expiratory pressure (PEEP) ventilation in the next 3 days. Thus, we concluded this respiratory failure as a NPE secondary to top-of-basilar syndrome. Further examination revealed the extracranial right vertebral artery dissection as a primary disease (Figure 3).

She gradually recovered her consciousness over 1 month, and did not experienced no recurrence of stroke or respiratory failure. She was discharged to rehabilitation facility at 2 month from onset with slightly at 6 months and then naturally recovered into normal vessel appearance at 1 year (Figure 3).

NPE is characterized as a syndrome with an increased pulmonary interstitial and alveolar fluid secondary to an acute and severe central nervous system injury. It commonly presents rapid feature of deterioration in minutes or hours following neurogenic insult [1-3]. Whereas it is a significant complication which greatly affects the outcome, the detailed mechanisms responsible for the development of NPE are not completely understood. The primary precipitants of NPE are mostly subarachnoid hemorrhage, and intracerebral hemorrhage and traumatic brain injury are following. Ischemic stroke is rarely reported as a pre-existing disease. Depending on the severity of the primary neurological insult, overall outcome is commonly poor. NPE itself, however, usually a leading hypothesis of pathophysiology has been proposed that the sudden massive adrenergic surge is the initial factor, and it affects pulmonary vasoconstriction and subsequent pulmonary capillary permeability for the next step. Critical condition of neurological insult itself can leads extend catecholamine release [1-4]. Our case does not consistent with the theory of life-threatening stroke leading catecholamine surge, because infarcted lesion was limited, brainstem was intact, and intracranial pressure was not elevated. Recently, the novel hypothesis of localized insult to ‘NPE trigger zones’ has been proposed as an alternative pathogenesis. According to some case reports and animal experiments, these ‘NPE trigger zones’ are located in posterior hypothalamus and the medulla [1,5]. Hypothalamus is responsible for the regulation of autonomic nervous system. Hypothalamus, especially in the posterior third, projects fibers to lateral medulla where the autonomic systems including descending sympathetic nerves are located [5-7]. In our case, infarcted area was relatively small compared with previous reports, and involved accurately bilateral posterior posterior hypothalamus. Although hypothalamic infarction alone is rare presentation, further accumulation of similar cases will be awaited to verify the hypothesis.

We report a case of acute NPE associated with top-of-basilar syndrome. NPE can occur not only in SAH, but sometimes in ischemic stroke, especially in vertebra- basilar artery territory. Sympathetic surge secondary to devastating stroke itself or hypothalamic involvement is presumed to be the cause.