An Overview on Epilepsy 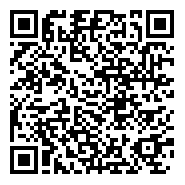 Epilepsy is a group of non-communicable neurological disorders characterised by recurrent epileptic seizures. Epileptic seizures range in duration from brief and almost unnoticed to protracted bouts of violent shaking caused by abnormal electrical activity in the brain. Physical injuries might occur as a direct result of these occurrences (such as fractured bones) or indirectly (such as concussions). Epilepsy seizures are prone to recurrence and may occur for no apparent reason. Excessive and aberrant neuronal activity in the cortex of the brain, which may be seen in an individual's Electroencephalogram (EEG), is the fundamental mechanism of epileptic seizures.

The cause of most cases of epilepsy is unclear (idiopathic); however, some cases develop as a result of brain injury, stroke, brain tumours, brain infections, or birth anomalies, which is known as epileptogenesis. Only a small percentage of cases are linked to known genetic alterations. The diagnosis entails ruling out other illnesses that may cause similar symptoms, such as fainting, as well as determining whether another cause of seizures, such as alcohol withdrawal or electrolyte imbalances, is present. This can be done in part by using brain imaging and blood tests. An Electroencephalogram (EEG) can typically confirm epilepsy, although a normal test does not rule out the disorder.

Epilepsy that develops as a result of other problems could be avoided. In roughly 69 percent of instances, seizures can be controlled with medication, and anti-seizure medications are frequently accessible. If medicine fails to control seizures, surgery, neurostimulation, or dietary changes may be considered. Epilepsy is not always everlasting, and many patients improve to the point that they no longer require therapy.

Epilepsy can be caused by both inherited and acquired factors, and in many cases, these factors interact. Severe brain damage, stroke, tumours, and brain issues originating from a past infection are all known acquired causes. The aetiology is unknown in roughly 60% of cases. Younger persons are more likely to have epilepsies caused by genetic, congenital, or developmental problems, whereas elderly people are more likely to have brain tumours and strokes. Seizures can also develop as a result of other health issues; if they happen directly after a specific reason, such as a stroke, head injury, toxic ingestion, or metabolic imbalance, they're called acute symptomatic seizures and belong to the seizure-related illnesses category rather than epilepsy. Epilepsy is usually diagnosed by observing the onset of seizures and determining the underlying cause. The initial investigations usually include an Electroencephalogram (EEG) to search for aberrant patterns of brain waves and neuroimaging (CT scan or MRI) to look at the structure of the brain. While it is common to try to pinpoint a specific epileptic syndrome, it is not always attainable. In tough circumstances, video and EEG monitoring may be beneficial.

While many cases are unavoidable, measures to decrease head injuries, offer good care around the time of delivery, and reduce environmental parasites like the pork tapeworm could be beneficial. In one section of Central America, efforts to reduce pork tapeworm rates resulted in a 50% reduction in new instances of epilepsy.

When seizures occur at specific periods, epilepsy can be deadly. It is more likely that you will drown or be involved in an automobile accident. It's also risky if you have a seizure while pregnant. Certain anti-epileptic drugs have been linked to an increased risk of birth abnormalities. People with epilepsy are also more susceptible to severe psychological issues, according to research. Aspiration pneumonia and learning difficulties are two further complications. Once a second seizure has occurred, epilepsy is normally managed with daily medication, though medication may be started after the first episode in patients at high risk for subsequent seizures. Supporting people's ability to self-manage their illnesses could be beneficial.

As of 2015, epilepsy is one of the most frequent major neurological illnesses, affecting around 39 million individuals. By the age of 20, it affects 1% of the population, and by the age of 75, it affects 3% of the population. Males are more likely than females to have it, albeit the difference is slight. The majority of people with the disorder (80%) live in low-income areas or in developing countries. Poverty is a danger that involves being from a poor country as well as being poor in comparison to others in one's own country. Epilepsy more usually begins in the young or the elderly in the industrialized world. Due to increased rates of trauma and infectious infections in the developing world, its start is more likely in older children and young adults. Between the 1970s and 2003, the number of cases per year in developed countries fell in children and grew in the elderly. This has been attributed in part to elderly people having a better chance of surviving strokes.