Atrial Septal Defect (ASD) in an Adult with Atrial Fibrillation: A Case Report 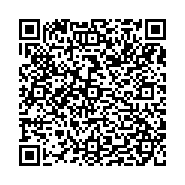 We have reported a case of successful pericardial patch closure of atrial septal defect (ASD) with right atrial and ventricular dilation in a 49 years- aged female. The ASD was suspected after the onset of an atrial fibrillation episode in the patient. Diagnosis was confirmed by magnetic resonance imaging. The ASD was closed with a pericardial patch under extracorporeal circulation. Our patient showed rapid clinical improvement and early signs of ventricular recovery two months after the intervention.

A 49 year-old-woman, smoker and in regular treatment with oral contraceptives and cetirizine, without any other personal medical history of interest or known drug allergies, was brought to the Hospital Emergency Department derived from the Primary Health Care Center for feeling severe palpitations in the last week.

On arrival at the Emergency Department the woman had been treated by the ambulance service (SAMU) with Amiodarone. The patient reported a sensation of rapid palpitations, without chest pain. She denied dyspnea or other added symptoms. The patient was clinically and hemodynamically stable. The electrocardiogram showed a rate of atrial fibrillation at 130 beats per minute. Ten minutes after her arrival, the patient reverted to sinus rhythm at 90 beats per minute. The patient remained in sinus rhythm during her stay in the Emergency Department. With a CHAD2DS2-Vasc score of 1, the patient was discharged and was referred to the external cardiology consultation without any additional treatment.

One month later, the patient was attended at the external cardiology consultations, performing an echocardiogram. The echocardiogram revealed: a dilated right ventricle of 49 mm at the middle ventricular level with signs of hypertrophy associated (Figure 1). Suspecting a possible Pulmonary Thromboembolism the patient was urgently referred to the hospital emergency department for an evaluation. The patient was admitted to the Pneumology Service to complete the study. A CT pulmonary angiography was performed without any signs of arterial depletion defects, and with a normal spirometry. Pulmonary Thromboembolism was ruled out. The patient was discharged with an ambulatory magnetic resonance imaging request (MRI), and without any additional treatment.

Two months later the MRI was performed. An atrial septal defect (ASD) at the level of the Ostium Secundum was detected from a very high location with a flow path from left to right Qp / Qs: 3.17. No borders were seen on the roof of the atrium that allowed percutaneous closure (Figure 2). The patient was referred to the Cardiovascular Surgery referral service. For surgical acceptance, the patient underwent different tests: evaluation by the rehabilitation service, diagnostic coronary angiography, supraortic trunk Echo-Doppler and a preanesthetic consultation. All the preoperative tests were done without new findings.

Three months after being diagnosed, the atrial septal defect was closed with a pericardial patch under extracorporeal circulation. Later, she was kept on the intensive care service, being extubated at four hours without complications. During the postsurgical process, the patient presented several episodes of atrial fibrillation that reverted to sinus rhythm with amiodarone. Once she was admitted on the hospital floor, the patient recovered without problems. At hospital discharge the patient was in sinus rhythm. At that time she was prescribed aspirin 100mg a day, amiodarone 200mg a day and bisoprolol 2.5 mg every twelve hours.

The patient remained in sinus rhythm. She had not new episodes of atrial fibrillation or other cardiac arrhythmias and her symptoms improved. The cardiologist stopped treatment with amiodarone and aspirin, continuing a low dose of bisoprolol. The patient persists asymtomatic and remains in sinus rhythm since then.

Atrial septal defect (ASD) is the most prevalent congenital heart lesion in adulthood accounting the35% of all congenital heart defects [1]. It usually has an insidious clinical presentation. Late presentation is due to the gradual development of right ventricular remodeling. Dyspnea, fatigue, palpitations or even frank dysrhythmias are some of their possible symptoms. However, at the fifth decade of life more than the 75% of the patients are symptomatic [2].

Our patient was a 49-year-old female who was diagnosed with ASD after the appearance of atrial fibrillation. The echocardiogram could not identify the lesion. The defect was discovered by MRI, requested by the cardiologist who had a high diagnostic suspicion.

Closure of an ASD either percutaneously or surgically is indicated for right atrial and right ventricle enlargement with or without symptoms [5], like paradoxical embolism or Paradoxical platypnea-orthodeoxia syndrome, presence of net left-to-right shunt with pulmonary artery pressure less than two thirds of the systemic pressure or pulmonary vascular resistances less than two thirds of the systemic vascular resistances and positive response to pulmonary vasodilators or to test occlusion of the defect [6].

Our patient had a good and rapid post-surgical recovery. Two months after surgery, there was already a decrease in the right cavities, decreasing from 49 mm in ventricular mean level to 44 mm at the same point two months later. With a right atrial-right ventricle gradient that decreased from 38 mmHG to 32 mmHG within two months after surgical repair.

This case study highlights the importance of performing a correct cardiac study in those patients with new-onset atrial fibrillation. In our patient, this study allowed the identification of the ASD a pathology that is rarely diagnosed in adulthood. It also highligths the good post-surgical evolution of the patient with a marked improvement of the right cavities even only two months after surgery.