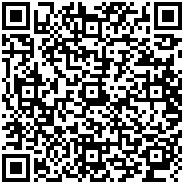 Waste water from different industries is one of the major environmental concerns in present scenario. Textile industry uses many kinds of synthetic dyes as Azo, anthraquinne, polycyclic compounds and triphenylmethane and among them Azo dyes is most commonly preferable. Azo dyes cause serious environmental issue because these dyes are obstinate to biodegradation. Textile industries discharge large amounts of dyes about 10-200 mg/L and 10-20% of the dye along with organic and inorganic accessory chemicals because the uptake of these dyes by fabrics is very poor. Industrial effluents containing about 5-10% of dyestuffs, which is usually discharge into water bodies. This highly colored textile wastewater severely affects photosynthesis in plant. It also has an impact on aquatic life due to low light penetration and oxygen consumption. So, this textile wastewater must be treated before their discharge. Physical or chemical methods are costly, energy consuming, low efficient to environment and generate secondary sludge. Thus biological degradation most preferable for textile dyes degradation will be eco-friendly, do not generate secondary sludge and cost effective method. Fungi especially white rot fungi (WRF), produces Proxidases (Lignin peroxidase, LiP and Manganese peroxidase, MnP) and Phenol oxidase (Laccase) can be used for bioremediation of Azo dyes. In this article, decolorization and biodegradation of Azo dyes, abilities of WRF are reviewed.

Due to rapid industrialization and urbanization release of industrial effluent into water bodies causing major environmental pollution. The large amount of waste water released from textile industries as effluent is one of the major problem of water pollution [1]. Textile industries release a huge amount of colored effluent in a surrounding water body without any proper treatment causing major environmental pollution. Dye is used to modify the colour chacterstics of different substrate such as fabrics, paper, and leather. Natural dyes are generally used in before 19th century that are obtained from animals and vegetables. However natural dyes are replaced by synthetic dye in the beginning of the twentieth century (Figure 1). Among all dyes used for colorization in textile industries, Azo dyes are most demandable. Azo compounds are xenobiotic, contains aromatic compound and very recalcitrant to biodegradation [2] with out of more than 900,000 metric tons of dyes 60-70% of total dyes. Synthetic Azo dyes may be converted to toxic, recalcitrant and carcinogenic products under anaerobic conditions by the presence of −N=N− bond [3]. Figure 1: Dye classification on the basis of dye chemical constitution.

Impact of Azo Dyes on the Environment

The global consumption of dyes and pigments approximates 7 × 105 tons/year and only in the textile industry it consumes about two-thirds of all the world production. It has been estimated that in textile industries about 80% of Azo dyes are used dyeing process rest of the Azo dye app 10-15% do not take binding with fibre so discharged into water bodies . Synthetic Azo dyes that released as colored effluent contain toxic substances and hazardous chemicals that cause serious water pollution problems by increasing in chemical oxygen demand (COD), biological oxygen demand (BOD) and alteration in pH of water. The colored waste of textile industries causes acute effect on aquatic ecosystem results loss of environmental balance due to low penetration of light and oxygen consumption. It also misbalances organicinorganic chemical content of the environment and is affective for the biotic content present in water. When dye gets mixed with water, light penetration efficiency decreased inside the water and complete water ecosystem gets affected. Toxic compounds of Azo dye mix with water bodies and enter into fishes or other aquatic animals which are further taken up by human causing hypertension, sporadic disorder, cramps, etc. with prolonged effect. Due to easy inhalation or its ready solubilisation in water, Azo dyes cause fast absorption by the skin leading to risk of allergic reaction, cancer, eye irritation, etc. .

Azo dyes are synthetic organic compounds characterized by the presence of one or more Azo (-N=N-) bonds in association with one or more aromatic systems. Biological methods are getting more attention for decolourizations of these dyes. Since it is effective, specific, less energy intensive, eco-friendly, cost effective, environment benign and produces less secondary sludge [7]. It results in partial or complete bioconversion of pollutants to stable nontoxic compounds. White rot fungi are efficient biodegraders for recalcitrant compound such as dyestuffs, xenobiotics and lignin due to extracellular secretion of enzymes [8]. Three major classes of enzymes designated lignin peroxidases (LIPs), manganese dependent peroxidases (MNPs) and laccases play an important role in the fungal degradation of lignin. These extracellular enzymes are non-specific and degrade a wide range of complex aromatic dyestuffs [9].

Dyes are soluble in aqueous solution and produce the color due to presence of chromophore groups present in its chemical structure. These colored dyes are used in textile, paper, leather or food industries. Azo dyes are highly soluble in water. It is characterized with the presence of one or more Azo groups (-N=N-), usually in number of one or four, linked to phenyl and naphthyl radicals, which are usually replaced with some combinations of functional groups including: amino (- NH2), chlorine (-Cl), hydroxyl (-OH), methyl (-CH3), nitro (-NO2), sulphonic acid and sodium salts (-SO3Na). Monoazo dyes contain one nitrogen nitrogen bond (-N=N-); likewise, diazo dyes contain two -N=N- bonds, triazo dyes contain three - N=N- bonds, and polyazo dyes contain more than three N=N bonds. The presence of the linkage N=N, reduces the possibility of unpaired electron pairs in nitrogen atoms, are readily reduced to hydrazines and primary amines, functioning as good oxidizing agents [10].

In textile industries synthetic dyes, basic dyes, Azo dyes, sulphur dye, oxidation dye, anthraquinone dye, acridine dye are used for colorants [11]. Depends on characteristics of the processes in which they are applied Azo dyes can be acid dyes, direct dyes, reactive dyes, disperse dyes or others. Acid dyes consists anionic groups; these are water soluble, low molecular weight and having sulfonate groups. The main application of these dyes is to dyeing of proteins, that is animal hair fibres (wool, silk) and synthetic fibre (nylon). The term acid used because dyeing process takes place in weakly acidic solution (pH 2-6). The cationic groups in the fibre: animal protein fibre and nylon fibres responsible for attachment with anionic groups in the dyes. After dyeing certain amount of dyestuff is released into water bodies (Table 1) [12].

Direct dyes are used to color cotton, paper, leather, silk and nylon. Direct dyes also consists sulfonate groups responsible for solubility. Dyeing process is normally carried out in neutral or slightly alkaline dye bath. Washing is easy and fast. Reactive dyes are so called because they consists reactive groups that react with the –OH groups of cellulose or with –NH2 and –SH groups of protein fibres by covalent bonds. Disperse dyes do not contain acidic or basic groups for attachment so these are water insoluble. They are finally ground mixed to a dispersed agent. The dyeing rate is influenced by particle size and chosen dispersing agent.

Oxygen availability plays a very vital role for complete mineralization of Azo dyes. There are two common steps to biodegrade Azo dyes: a first step which is anaerobic cleavage diazo bonds in Azo dyes which released aromatic amines, the second step usually occur aerobically in which degradation of aromatic amines takes place. First step usually occur in anaerobic condition but it can be carried out by several aerobic bacteria by producing azoreductase which cleave Azo groups in presence of molecular oxygen. Under aerobic conditions, fungal degradation of Azo dyes has also been described, chiefly by lignin degrading fungi mainly white rot fungi (Figures 2 and 3) [13]. The hydrophobicity and hydrophilicity are two main factors that influence the bioavailability. Polar substances such as sulfonated Azo dyes cannot pass through the plasma membrane. Indeed only the biological system in which reductive enzyme (that cleave Azo bonds) are extracellular are most effective for mineralization of Azo dyes. The hydrophobic Azo dye can pass through the plasma membrane and can be degraded in the cytoplasm. But degradative microorganism shows high activity in aqueous phase where the availability of hydrophobic dyes is low. Several fungi (i.e., Phanerochaete chrysosporium, Geotricum candidum, Trametes versicolor, Bjercandera adusta, Penicillium sp., Pleurotus ostreatus, Pycnoporus cynnabarinus, Pyricularia oryzae) are able to degrade Azo dyes by extracellular enzymes production: lignindegrading fungi are able to decolorize several kinds of even complex molecules of sulfonated and nonsulfonated Azo dyes, mainly by synthesizing Isoenzymes such as lignin peroxidases (LiP), manganese peroxidases (MnP) and laccases [13,14]. In Pleurotus sajor-caju cultures grown over solid medium, it was observed that soluble Azo dyes were degraded, even if incompletely, while insoluble Azo dyes were not degraded during mycelial growth [15].

Adsorption of dye is necessary during biological reduction by biomass. Dye adsorbed on biomass occurs until it reaches its saturation; the amount of dye being absorbed is proportional to the amount of biomass. Initial adsorption of the dyes on fungal biomass followed by degradation was observed in cultures of Irpex lacteus, Phanerochaete chrysosporium, Trametes versicolor and Trichophyton rubrum [16-18].

Azo dye and their degraded components are toxic to the biological system. Thus to achieve complete mineralization of Azo dyes it ensures that the concentration should be in optimum range before the process start.

Usually by limiting the carbon and nitrogen source the expression of ligninolytic enzymes by white rot fungi can increase. These enzymes are extracellular and usually form during secondary metabolism [13]. It was also observed that the rate of degradation changes with different dyes changed. The ligninolytic enzymes producing Irpex lacteus produced increased amount of Manganese Peroxidase (MnP) with addition of addition high concentration of manganese and dye but not the Azo dyes. At low concentration of manganese no increase in production of MnP. This shows that the expression of ligninolytic enzymes is inducible [19].

Textile dyes are recalcitrant and can persist in the environment up to a long period of time because high thermal and photo stability. The major environmental concern of these dyes is their absorption and reflection of sunlight entering the water. Due to this reason the photosynthetic activity of aquatic plant and algae lost which influences the food chain [73].

Many dyes and their break down products are carcinogenic, mutagenic and/or toxic to life (Table 3). The presence of very small amounts of dyes in the water be highly visible, seriously affects the quality and transparency of water bodies such as lakes, rivers and others, leading to damage to the aquatic environment. Azo dyes have toxic effects, especially carcinogenic and mutagenic. They enter the body by ingestion and are metabolized by intestinal microorganisms causing DNA damage.

Table 3. Example of some commonly used Azo dyes in textile industry and their hazardous effects

Azo dye degradation depends on their different ligninolytic enzymes, primarily laccases in response to white rot fungus. WRF degrade a wide variety of organic compounds, including polymers such as lignin, chlorinated phenols, dioxins, chloroanilines and dyes that depends on their unspecific action and great oxidative ability. White rot fungi can withstand toxic levels of most organo pollutants [82]. Thus, their application in several biotechnology fields and in the bioremediation of pollutants will undoubtedly be important in the future.