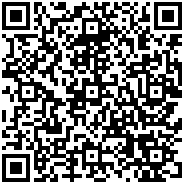 When compared to other drug delivery methods, pulmonary drug delivery has a number of advantages, like rapid drug uptake, a wide surface area for solute transport, and better drug bioavailability, as well as its noninvasive nature. Antimicrobial medications penetrate the lungs by the delivery of systemic nanoparticles, which is controlled and potentially dangerous after systemic exposure to the antibiotics. On the other hand, some nanoparticles have been found to accumulate preferentially in the lungs and other organs.

It was discovered that intratracheally injected antibiotic-loaded nanoparticles were able to cross the alveolarcapillary barrier and collect in extrapulmonary organs such as the spleen, liver, kidney, and bone. The "micronization" of pharmaceuticals has enhanced the dose form and therapeutic efficiency of drugs today. If the medicine is micronized into microspheres with the right particle size, it can be delivered directly to the lungs by mechanical capillary bed prevention.

Nano-suspensions could be an excellent way to deliver medications with low solubility in pulmonary secretions. Furthermore, due to the nano-particulate nature of nano-suspensions and their homogeneous size distribution, it is possible that at least one drug nanoparticle is present in each aerosol droplet, resulting in an even distribution of drug in the lungs when compared to the micro particulate form of the drug. Many droplets in standard suspension aerosols are empty, while others are densely packed with the medicine, resulting in uneven drug release and circulation inside the lungs. Nano-suspensions could be used in any nebulizer on the market.

Anti-tubercular medicines such as pyrazinamide, isoniazid, and rifampicin were included into various solid lipid formulations ranging from 1.1 to 2.1 m and nebulized to guinea pigs orally for direct pulmonary delivery. Similarly, rather than using stealth liposomes, illnesses like pulmonary aspergillosis can be easily targeted by using appropriate drug candidates such amphotericin B in the form of pulmonary Nano-suspensions. Nanocarrier systems, which may readily be transmitted across the airways, have been used to treat a variety of respiratory illnesses. CF and other hereditary illnesses, COPD, tuberculosis, pediatric diseases, and cancer are only a few of the lung diseases that have been investigated.

A drug's pharmacodynamics and pharmacokinetics are highly dependent on its physical and chemical properties, which are impacted by the type of delivery formulation utilized. Nano-Drug Delivery System (NDDS) can modify and increase the performance of many medications to a degree that conservative formulations cannot. For example, NDDS can be used to encapsulate drugs to (1) protect them from degradation, (2) target the drugs to specific cells/tissues/organs, releasing them in a controlled manner in response to a specific stimulus, (3) increase their solubility, (4) improve epithelial absorption and blood circulation time, and (5) increase their uptake by cells.

Furthermore, by using both imaging and therapeutic molecules, combined NDDS can simultaneously identify and cure a disease, a process known as theranostics. Nano-medicine may play a vital part in achieving the greatly wanted customized medicine in the near future. A vast number of research groups around the world have been studying the utility of NDDS design and development to overcome a variety of biopharmaceutical disadvantages in disease detection, prevention, vaccination, and therapy during the last few decades. Furthermore, it has created a large rational property platform.

However, despite the fact that Nano-medicine as a science began nearly half a century ago, only a handful NDDS have made it to market. This situation could be characterized by a lack of economic viability, consumer mistrust and lack of certainty as a result of inadequate information or education, ineffective innovative and generic product regulation, and weak patent protection.

The respiratory system and the skin are both in direct contact with the environment, which could be a route for medicinal chemicals to enter the body. Because of the rising prevalence of pulmonary diseases with high mortality and morbidity, pulmonary medication administration is gaining popularity as a noninvasive and costeffective therapy option for a wide range of pathogenic disorders. As a result of their numerous advantages, intravenous and oral routes for illness management are gaining increasing interest for systemic administration of therapeutic substances.

Researchers have achieved significant advances in pulmonary delivery technology, both in terms of inhaler design and advances in Nano-scale carrier engineering. Metered dose inhalers, nebulizers, and dry powder inhalers are the three main types of pulmonary drug delivery devices available today. These inhalers use a variety of delivery systems and include a variety of medication compositions. Furthermore, the design of unique delivery strategies is required for the production of novel biologically active molecules such as proteins and nucleic acids.

In pulmonary infections, bioavailability of given drugs is a serious issue. As a result, researchers have been increasingly interested in pulmonary drug administration, as well as improving the bioavailability of therapeutic biomolecules with high molecular weight. Nano-carriers have been determined to be the most promising among the numerous carriers employed as drug delivery systems for pulmonary infections, owing to substantial advantages such as delayed drug release and cell-specific targeted drug delivery.