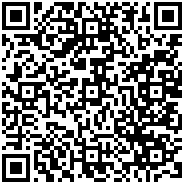 Since prehistoric times, therapeutic plants, often known as medicinal herbs, have been identified and employed in traditional medicine practises. Plants synthesise hundreds of chemical compounds for defence against insects, fungi, illnesses, and herbivorous mammals, among other things. Numerous phytochemicals have been found as having biological activity, either potential or established. The consequences of taking a complete plant as medication, however, are unknown because a single plant has a vast range of phytochemicals. Furthermore, many therapeutic plants' phytochemical content and pharmacological effects, if any, remain unknown due to a lack of rigorous scientific investigation to determine efficacy and safety.

In non-industrialized communities, medicinal plants are commonly used, mostly because they are readily available and less expensive than contemporary pharmaceuticals. In 2012, the yearly global export value of the thousands of different varieties of medicinal plants was estimated to be US$2.2 billion. The global market for plant extracts and medications was expected to be worth several hundred billion dollars in 2017. Traditional medicine is unregulated in many countries, but the World Health Organization manages a network to promote safe and sensible use. Both general dangers, such as climate change and habitat degradation, and the specific hazard of over-collection to suit market demand face medicinal plants.

Medicinal plants are employed in modern medicine and traditional medicine with the goal of maintaining health, treating a specific illness, or doing both. In 2002, the Food and Agriculture Organization estimated that more than 50,000 medicinal plants are utilised globally. In 2016, the Royal Botanic Gardens, Kew estimated that 17,810 plant species have a therapeutic use, out of a total of 30,000 plants for which any form of application is documented. Medicinal plants may bring three types of benefits: Health benefits to those who use them as medicines, financial benefits to persons who collect, process, and sell them, and societal benefits such as job possibilities, tax revenue, and a healthier labour force. However, the production of plants or extracts with potential medical properties is obstructed by a lack of scientific evidence, poor drug development processes, and limited funding.

The World Health Organization (WHO) has been organising an International Regulatory Cooperation for Herbal Medicines network to strive to enhance the quality of medicinal plant-based products and the claims made for them. Only about 20% of countries had well-functioning regulatory agencies in 2015, compared to 30% who had none and 50% who had poor regulatory competence. Herbal treatments are the responsibility of AYUSH, a government department under the Ministry of Health and Family Welfare in India, where Ayurveda has been practised for millennia. The pharmaceutical industry has its origins in the apothecary shops of Europe in the 1800s, where pharmacists served consumers with local traditional remedies such as morphine, quinine, and strychnine extracts. Camptothecin (from Camptotheca acuminata, used in traditional Chinese medicine) and taxol (from the Pacific yew, Taxus brevifolia) are two therapeutically important medicines derived from medicinal plants. In the 1950s, the anti-cancer Vinca alkaloids vincristine and vinblastine were identified in the Madagascar periwinkle, Catharanthus roseus.

In its drug development activities, the pharmaceutical industry has remained interested in traditional therapeutic plant usage. Over half of the 1073 small-molecule medicines approved between 1981 and 2010 were created directly from or inspired by natural compounds. 65 percent of the 185 small-molecule cancer therapies authorised between 1981 and 2019 were derived from or inspired by natural chemicals.

Plant medications can have negative side effects, including mortality, due to their active ingredients, adulteration or contamination, overdosing, or incorrect prescribing. Many of these impacts are well-known, while others have yet to be formally investigated. There's no need to assume that just because it originates from nature, it's safe: strong natural poisons like atropine and nicotine demonstrate that this isn't the scenario. Furthermore, the same stringent standards that apply to conventional medications do not always apply to plant medicines, and doses can vary dramatically depending on plant growth conditions: older plants, for example, may be far more hazardous than young ones. Plant extracts that are pharmacologically active can interact with conventional drugs, both because they may provide a higher dose of similar compounds and because some phytochemicals interfere with the body's systems for metabolising drugs in the liver, such as the cytochrome P450 system, causing drugs to last longer in the body and have a stronger cumulative effect. Plant medications might be harmful to a pregnant woman. Plant extracts may have complicated impacts on the human body since plants contain a variety of chemicals.

Medicinal plants that are taken from the wild rather than being cultivated face both general and specialised dangers. Climate change and habitat loss, as well as development and agriculture, are all risks. Over-collection to accommodate increased demand for pharmaceuticals is a special issue. The strain on wild populations of Pacific yew after news of taxol's effectiveness became known was one example. Over-collection could be mitigated by cultivating some therapeutic plants or establishing a certification system to ensure that wild gathering is sustainable. According to a research released in 2020 by the Royal Botanic Gardens, Kew, 723 medicinal plants are on the verge of extinction, owing in part to over-collection.