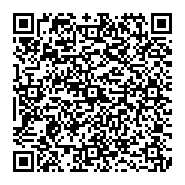 A 46 year old man presented to a local medical officer due to lethargy, polyuria and hyperglycaemia on capillary blood sampling performed by a site nurse. He worked as a remote oil rig area coordinator. He had no prior medical history and has an unknown family history. He was overweight, mildly hypertensive and had a loud ejection systolic murmur on examination. Initial investigations revealed a fasting plasma glucose of 20.4 mM, total cholesterol of 18.3 mM and triglycerides of 53.4 mM. He underwent urgent cardiological workup, and was medically managed for his dysglycaemia and dyslipidaemia. Five years later, with this treatment, he remains medically fit without the need for percutaneous intervention and had developed no complications from type 2 diabetes mellitus.

Type II diabetes is of significant clinical relevance due to its increasing prevalence, incidence and morbidity in Australian society. The interplay between dysglycaemia and dyslipidaemia is well known, albeit with variable effect on cardiovascular endpoints such as myocardial infarction and stroke. Metabolic syndrome creates further challenges in the management of these cardiovascular risk factors due to their need for surveillance and treatment with multiple agents. Their morbidity and mortality risk is exponentially greater than that of patients with single or dual cardiovascular risk factors [1]. This paper highlights an extreme case of all of these risk factors, and the success of preventing adverse microvascular and macrovascular outcomes in effectively treating these over a 5 year period.

A 46 year old Caucasian man, working as an oil rig area coordinator and managing a number of camps in the outskirts of South Australia, presented to a general practitioner on account of an incidental hyperglycaemia. He had not undertaken a medical examination since commencing employment with his employer over 10 years prior to presentation to a medical officer. He was sent to an onsite nurse on account of lethargy and his workmates’ concern that he had been picking at his food over the previous few weeks. The nurse noted an elevated blood sugar level on capillary blood sampling (reading ‘High’ on the glucometer) and sent him into the nearest regional centre for further investigations.

He has noticed being increasingly short of breath on exertion but put this down to changing from an active job as a chef to a more sedentary job as a site manager. On directed history taking, he suggested a significant degree of polydipsia and polyuria progressing over the previous month. He reported gaining 10 kg in body weight since changing job roles 8 mon prior. He denied chest pain, dyspnoea, orthopnoea, palpitations or abdominal symptoms. His family history is unknown as he was adopted as a child. He has no previous medical or surgical history and does not take any regular medications.

He had a body mass index of 37.0 kg/m2 and a waist circumference of 113 cm on initial assessment, with a blood pressure of 160/98 mm Hg and a resting pulse rate of 104 beats per min. He had a 4/6 ejection systolic murmur on examination of his heart radiating to the axilla but had no bruits. Jugular venous pressure was undetectable, and he had no peripheral or sacral oedema. He had good peripheral pulses and an intact neurological system. His chest was clear but noted tenderness in the epigastrium. There was no abdominal mass, Rovsing's and Murphy's signs were negative, and McBurney's point was non-tender.

His vision was excellent at 6/5 bilaterally. Urinalysis showed gross proteins and glucose but no leukocytes, nitrites or blood. He had an initial non-fasting BSL of 18.9 mM and was sent for formal blood testing.

Fasting blood assays indicated a total cholesterol of 18.3 mM, triglycerides of 53.4 mM and glucose of 20.4 mM. The initial blood specimen taken is shown in Figure 1, showing the extent of lipidaemia from the visible turbidity of the centrifuged specimen. His HbA1c was 99 mmol/mol (11.2%) and produced a moderate amount of albuminuria (259 mg/L) in a first morning sample with an albumin:creatinine ratio of 35. His renal, liver and thyroid function tests were normal. His electrolytes and serum proteins were normal. Homocysteine measured at 6.6 and aldosterone:renin ratio was 14 (aldosterone 782 and renin 56). He carries the Apolipoprotein E genetic profile that does not predispose him to hypertriglyceridaemia, however may be associated with reduced fatty acid oxidation, which contributes to the accumulation of tissue and plasma lipids [2].

Figure 1: Photograph of the initial fasting blood specimen taken from the patient following centrifugation by the referring laboratory.

He was sent for urgent cardiological workup and management of his severe dysglycaemia in a tertiary referral hospital by a physician. He had a CT coronary angiogram that identified an occluded right coronary artery and a coronary angiogram demonstrating a chronic complex right coronary artery occlusion, a significant lesion of a small obtuse marginal branch and preserved left ventricular function. A subsequent myocardial perfusion scan showed no inducible ischaemia, suggesting the right coronary artery was well collateralised, therefore no percutaneous intervention was deemed necessary. He remains on atenolol, aspirin, Lantus, Novorapid, metformin, fenofibrate, rosuvastatin and ramipril.

With regular visits to the general practitioner, this patient has had no coronary events for 5 years on this treatment regime. At this time point his body mass index is 35.5 kg/m2 and waist circumference 115 cm. His HbA1c is 6.1% with total cholesterol 5.4 mM and triglycerides 4.4 mM.

Metabolic Syndrome is defined as a concomitant cluster of risk factors including elevated waist circumference (population group specific), triglycerides ≥ 1.7 mM, HDL<1.0 mM in men and<1.3 in women, blood pressure ≥ 130/85 mm Hg and fasting glucose>5.5 Mm [3]. The BEACH study of 2006 revealed that the population prevalence of metabolic syndrome was 15.6% [4]. The importance of this is in the significantly increased risk of macrovascular and microvascular disease that people with metabolic syndrome exhibit, with no apparent symptomatology. The American Diabetes Association standards of medical care in diabetes [5] indicate the following recommendation:

For primary prevention, moderate-dose statin therapy is recommended for those 40 years and older [6-8]. More aggressive therapy is considered on an individual case basis incorporating atherosclerotic cardiovascular disease risk factors. The evidence for benefit is strong for patients with diabetes aged 40-75 years, an age-group well represented in statin trials [9-10].

This case epitomises the phenomenon of asymptomatic metabolic dysfunction, as well as the protection from cardiovascular complications by means of effective management of these metabolic risk factors. Despite anthropometric measures in this case patient not improving, his biochemical profile has gained significant headway in establishing a legacy effect to preventing the endpoints of myocardial infarction and stroke. With continued medical care, it is envisaged that he will maintain a good quality of life for a significantly extended period of time beyond that which would be expected without the optimisation of his metabolic risk factors.

Patients with severe dysglycaemia and dyslipidaemia have significant risks of morbidity and mortality unless these modifiable risk factors are aggressively managed. This case reminds primary care physicians that metabolic syndrome is an insidious phenomenon that warrants a high index of suspicion and scrutiny in at-risk patient groups, both opportunistically and proactively.