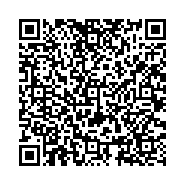 Objective: This test report focuses on the evaluation of two noninvasive CFDA approved devices, TensorTip MTX (Cnoga Medical Ltd., Caesarea, Israel) and Radical-7 Pulse CO-Oximeter (Masimo Corporation, Irvine, CA), as part of the exploration of selecting a noninvasive device to be used in the Blood Bank in the Chinese People’s Liberation Army General Hospital, Beijing, China. The aim of the evaluation was to verify the accuracy of hemoglobin measurements of each device independently vs the hospital clinical laboratory reference.

Methods: The TensorTip MTX and Radical-7 noninvasive measurements were compared separately to the hospital’s clinical hematology analyzer measurements, taken by venipuncture. The test cases for each comparison included at least 26 patients over the age of 18 from the Blood Bank.

Results: The study showed that there was no significant difference between the non-invasive TensorTip MTX and the invasive clinical laboratory reference (P<0.05, paired, two-tailed t-test) in contrast to the noninvasive Radical-7 which provided statistically different results compared to the same hospital reference.

Conclusion: The performance of the TensorTip MTX noninvasive device was found as sufficiently equivalent to the hospital’s clinical laboratory reference. From a clinical point of view, the TensorTip MTX is an extremely useful device with far reaching implications for patients. It provides for the first time commercially available, fast and reliable measurements of hemoglobin in a totally noninvasive manner.

Hemoglobin (HGB) is a protein confined in red blood cells, and it is responsible for the delivery of oxygen to the tissues [1]. HGB is usually measured as a part of the routine Complete Blood Count (CBC) test of blood samples. A CBC is a broad screening test used to check for various disorders related to the blood [2]. HGB is measured to detect a number of pathologies, most notably anemia and its associated morbidities. It is generally measured from venous or capillary blood samples, run on a hematology analyzer. Current methods for HGB measurements need access to blood (i.e., skin puncture) and they do not provide instant results. Due to these facts, HGB measurement is not available for home use. In addition, in a healthcare setting, blood extraction exposes medical professionals to risks associated with blood exposure.

Since the 1950's, hematology analyzers commonly use the cyanmethaemoglobin method to spectrophotometrically measure total HGB content [3,4]. Blood samples are drawn into a collection tube containing an anticoagulant such as Ethylenediaminetetraacetic Acid. Prior to the automated measurement process in the analyzer, the samples are labeled, bar-coded and processed in the laboratory. Patient's results are recorded in a Laboratory Information System. The results of the blood tests are supervised and abnormal variations, such as a drop in HGB, are flagged. If the technician suspects an error, measurements on the analyzer may be repeated. Patient's results help doctors decide on an adequate treatment. For example, low blood volume or anemia will probably be treated with medications or blood transfusion [5].

The Blood bank of the Chinese People’s Liberation Army General Hospital (commonly known as Hospital 301) explored the possibility of using noninvasive HGB monitoring devices. The test cases for each comparison included at least 26 patients (age>18) from the Blood Bank. The Radical-7 Pulse CO-Oximeter (Masimo Corporation, Irvine, CA) is an optical device that uses the principle of spectrophotometry to calculate HGB concentration. It consists light-emitting diodes and a photodetector placed across the measurement site, providing an estimate of HGB based on absorbance characteristics (according to the Radical-7 Operator's Manual). The TensorTip MTX (Cnoga Medical Ltd., Caesarea, Israel) is a device based on optical technology of real time color image sensor and uses four monochromatic light sources. The color image sensor in the TensorTip MTX provides temporalspatial- color information for the calculation of the HGB levels and other bio-parameters [6-9]. The results from the noninvasive devices were compared to the hospital’s clinical laboratory reference hematology analyzer, a Sysmex XN9000 (Jinan Sysmex Medical Electronics Co. Ltd., Shanghai, China). All measurements were performed by the Blood Bank’s personnel according to the manufacturers’ instructions, independently and without help or participation of the manufacturers’ representatives. The calculations used in the results are shown in Appendix A.

Blood samples were extracted for HGB measurements by the hospital’s clinical laboratory reference, in parallel to the noninvasive measurements.

Table 2. Comparison between Radical-7 and the hospital reference. Figure 1. Paired samples of the TensorTip MTX HGB measurements and the hospital reference. Figure 2. Paired samples of the Radical-7 HGB measurements and the hospital reference.

To date, most of peer-reviewed publications of noninvasive HGB measurements assessed the same technology of multiwavelength pulse CO-Oximeters, namely the Radical-7. Previous study published in 2010 showed that the mean absolute difference of 97% of the noninvasive measurements was <2.0 g/dL [10]. Later study published in 2014, displayed a mean absolute difference of 1.2 g/dL [11].

Despite study limitations of low number of subjects, the TensorTip MTX introduces prediction accuracy suitable for effective and safe use of hemoglobin monitoring. Further studies with a larger number of participants including a group of volunteers with abnormal hemoglobin levels should be conducted.

In conclusion, according to previous studies and our evaluation test report, the TensorTip MTX device provides results with a better accuracy than the Radical-7, when compared to the hospital reference device. Even though these results are preliminary and further studies should be undertaken, we believe that the TensorTip MTX represents a major step forward in facilitating patients’ life and can be used as a point of care for individuals in their comfort home as well as for clinics.