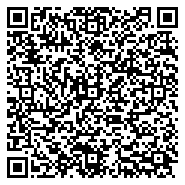 To relieve the water consumption and wastewater generation would accelerate the industrialization of the cellulosic ethanol production based on the alkaline pre-treatment. A feasible way to reuse pre-treatment liquid (black liquor) for enzymatic hydrolysis and fermentation was commented. After the black liquor was acidified to pH 4.8 and centrifuged, the supernatant could not be used for ethanol fermentation but cellulolytic hydrolysis, while it’s diluent was suitable for both ethanol fermentation and cellulolytic hydrolysis. Combined these findings with the current technological development on recycling black liquor and waste washing water, an improving technical flow of cellulosic ethanol production based on alkaline pre-treatment was prospected.

The Bioconversion of lignocellulosic biomass into ethanol can not only avoid the air pollution arising from the burning of the waste lignocellulose, but also provide the sustainable clean energy to substitute for the petroleum. The application of cellulosic ethanol as the transport fuel can relieve the greenhouse gases emission from the combustion of the fossil fuels to meet the sustainable economic development, and ensure the national energy security [1]. The production of cellulosic ethanol comprises four main steps: pretreatment to overcome the lignocellulosic recalcitrance, enzymatic hydrolysis to depolymerize the carbohydrate into fermentable sugars, fermentation to convert sugars into ethanol, and distillation to extract the ethanol [2]. Pretreatment is the key step to guarantee the high efficiency of the subsequent saccharification. There are various technologies to pretreat lignocellulose, such as milling, ultrasound, acid, alkali, organosolv, hydrothermal processing, and so on [3]. The sodium hydroxide solution (NaOH) pretreatment which is one of the alkaline pretreatments was selected out by the authors to treat sugarcane bagasse (SCB) due to its low energy input and high lignin removal [4]. However, two obvious shortcomings of the NaOH pretreatment prevent its industrial application: a large quantity of water needed to wash the alkali-treated lignocellulose and a plenty of wastewater generation during the pretreatment and washing process. To relieve water consumption and wastewater generation would accelerate the industrialization of cellulosic ethanol based on the alkaline pretreatment.

Reuse of the pretreatment liquid for enzymatic hydrolysis and fermentation

The pretreamtent liquid, namely called black liquor (BL), is generated in the alkaline pretreatment process, and harmful to the environment. It has high pH value and lignin content. The BL generated in the papermaking industry is often combusted, but the combustion is not proper for the BL of alkaline pretreatment due to its high water content. Recently, a few researchers reused the BL to pretreat lignocellulose because of its high pH value [5-10]. Although the BL could be recycled for several times to efficiently treat lignocellulose after being replenished with the alkali [9,10], the enzymatic saccharification efficiency of alkali-treated lignocellulose decreased with the increasing recycling times of BL [5,9]. In addition, after being recycled for several times, the treatment of the BL generated in the last recycling time has been still a problem. Because the lignin is a useful raw material to produce high value added products, such as plasticizer, dispersant, chelator, and so on [11-13], many technologies like pH adjustment, ultrafitration, nanofiltration and electrocoagulation have been developed to extract lignin from the BL [14-16]. Nevertheless, the lignin extraction cost is high, and the residual wastewater still need to be treated further.

Based on the above findings, an improving and prospective technical flow for cellulosic ethanol production would be developed (Figure 1). The lignocellulosic biomass was firstly treated by NaOH solution under the moderate condition. The BL and alkali-treated solid residue were obtained. The pH value of BL was adjusted to 4.8 with acetic acid. After liquid-solid separation, the lignin could be isolated from the BL and used as the raw material for producing the high value added products. The residual chemicals existing in the BLS should be determined, and their inhibition mechanism on the special functional microorganisms should be explored for breeding inhibitor-tolerant microbial strains. Then the BLS would be not only thoroughly used for enzymatic hydrolysis and fermentation, but also cleansed by microbial strains via aerobic/anaerobic treatment. The alkali-treated solid residue would be washed for several times for the subsequent enzymatic hydrolysis, and a plenty of water would be consumed. The authors developed a new recycled way of the waste washing water for washing alkali-treated lignocellulose [9]. Compared with the traditional washing flow, the new washing flow could save more than 80% water consumption [9]. According to the current development on the alkaline pretreatment, the recycling methods of BL and waste washing water have been developed. The future work for accelerating the industrialization of the prospective technology is to focus on breeding microbial strains which are tolerant to the lignin-derived chemicals. Additionally, a more cost-effective way to recycle BL and waste washing water should be built up.