1Department of Bioinformatics, Yeshwant College of IT, Perbhani, Maharashtra -431401, India 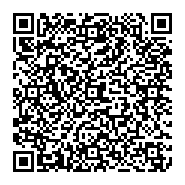 With the advent of biomedical research in the field of human science several protein are found in human body acts s a health hazard. The proto-oncogene c-Rel protein is mostly found in human is encoded by the REL gene and belongs to the Rel/NF- kB transcription factor family, which regulates a large variety of cellular functions. Proto-oncogene involved and plays a great role in differentiation and lymphopoiesis. Proto-oncogene may be harmful and cause cancer when they are mutated. To understand the operational mechanism of HUMAN Proto-oncogene c-Rel protein, it is imperative to understand the structural model of that particular protein but the three dimensional (3D) structure has not yet been reported in Protein Data Bank (PDB). In the present study a complete structural analysis and 3-D modelling of HUMAN Proto-oncogene c-Rel of Homosapiens.Based on the PDB Blast report three dimensional structure of the Proto-oncogenec-Rel protein, was predicted by using the SWISS MODEL. Predicted model was further assessed by SAVES (PROCHEK, VERIFY 3D, ERRAT) and Ramachandran Server, which show with acceptable scores and the reliability of final refined model. The overall result provides the evidence of good quality of model and furnishes an adequate foundation for functional analysis of experimentally derived crystal structures and also helps in cancer research with furnishes a novel starting point for structure based drug design of proto-oncogene c-Rel protein.

Nuclear factor κB (NF-κB) is a master regulator central to the innate immune response [1].There are five member of the mammalian NF- κB family like p65 (RelA), RelB, c-Rel, p50/p105 (NF- κB1) & p52/p100 (NF- κB2)[2-4]. The proto-oncogene c-Rel is a protein that in humans is encoded by the REL gene [5, 6]. The c-Rel protein is a member of the NF- kB transcription factor family [7] and Rel-related proteins share a conserved 300-aminoacid amino-terminal domain Rel homology domain (RHD) at its N-terminus that encompasses to c-Rel for play an important role in B-cell survival and proliferation. The REL gene is amplified or mutated in several human B-cell lymphomas, including diffuse large B-cell lymphoma and Hodgkin's lymphoma [8]. The transcription factor nuclear factor (NF)-κB has been suggested to be a key mediator of the development of lymph nodes and Peyer's patches [9]. NF-kappa-B is a pleiotropic transcription factor which is present in almost all cell types and is involved in many biological processed such as inflammation, immunity, differentiation, cell growth, tumorigenesis and apoptosis[10].c-Rel was initially recognized as the cellular homolog of v-Rel and oncogene of Rev-T, an avian retrovirus that causes sensitive lymphoid leukemia in galliform birds and immortalizes B and T cells in vitro[11].c-Rel was consequently showing to be highly homologous to the NFKB1 (pS0) and relA (p65) subunits of the omnipresent transcription factor NF- κB. NF- κB binds to decameric motifs (κB elements) found in promoters and enhancers of viral and cellular genes, principally genes that encode proteins involved in immune, acute phase, and inflammatory responses [12-15].

Dimeric Rel/NF- κB proteins are encoded by a small multigene family in vertebrates. These genes include nfkbl (pS0 and p105), nfkb2 (p52 and pl00), rela (p65), relb (RelB), c-re/ (Rel), and v-rel. Two Rel-related homologs, dorsal and dif have been identified in Drosophila. Dorsal is atranscriptional regulator that determines the developmental fate of cells along the dorsoventral axis during embryogenesis [16], whereas dif is required for immune function [17]. One out of every two men and one out of every three women will develop cancer during their lifetime [18]. Rel frequently combines with other related proteins (NF- κB, I-kappa B, relA) to form hetero dimmers that regulate transcription. Rearrangement or over expression of c-rel can cause tumor genesis [19].The current list of known cancer genes includes 70 genes associated with germ line mutations and 342 genes associated with somatic mutations. In fact, a recent high-throughput study of proto-oncogene mutations in 1,000 different tumor samples representing 17 different types of cancer showed that mutations in a set of 14 proto-oncogenes are associated with a high propensity for cancer. Additionally, this study also discovered that the 14 proto-oncogenes in question are associated with diverse cellular functions [20]. Cancerous cells to grow and divide uncontrollably and escape cell death, and just proto-oncogenes mostly involved in this process. Proto-oncogenes are a group of genes that cause normal cells to become cancerous when they are mutated [21, 22]. Tumor Necrosis Factor (TNF)-α is a cytotoxic cytokine which is expressed by cancer and infiltrating inflammatory cells in the tumor. Microenvironment of many cancers [23] including head and neck squamous cell carcinomas (HNSCC) [24]. Interestingly, HNSCC are paradoxically resistant to TNF-α-mediated growth arrest and apoptosis, and that such resistance involves aberrant activation of NF-κB/REL transcription factors [25]. To grow and divide uncontrollably turning into cancer proto oncogenes reveal some clues about how normal cellular processes mutant i.e flows in step wise Proto-oncogenes to Oncogenes to Cancer [26, 27].

In the present day, more than 40 different human proto-oncogenes are known as well as mutations convert these proto-oncogenes into oncogenes. Oncogenes arise as a result of mutations that increase the expression level or activity of a proto-oncogene. Underlying genetic mechanisms associated with oncogene activation include the subsequent - point mutations, deletions, or insertions that lead to a hyperactive gene product after that point mutations, deletions, or insertions in the promoter region of a proto-oncogene that lead to increased transcription afterward Gene amplification events leading to extra chromosomal copies of a proto-oncogene. Chromosomal translocation events that relocate a proto-oncogene to a new chromosomal site that leads to higher expression. Chromosomal translocations that lead to a fusion between a proto-oncogene and a second gene, which produces a fusion protein with oncogenic activity. The molecular mechanism of oncogene still unknown clearly. But in past two decades have witnessed tremendous advance in our understanding of the pathogenesis of cancer and it is clear that cancer arises through a multi mutagenic step process with acquire a common set of properties including unrestricted proliferation potential, self-sufficiency in growth signal, and resistance to anti-proliferation and apoptotic cues. Now researchers are find out 20% of all kinases pathways can play an active role in tumorigenesis [28]. The main objective is to develop a computational three-dimensional structure with reference to the sequence which might play a vital role in increasing the efficiency of the oncogene or cancer and may to known the pathways of oncogene and how to inhibit them with structural evidence (in-silico). Further this structure can be modified and validated through homology modeling. Approaches can be made in identification of various active sites for the attachment of receptors through servers and tools which may lead in identification of most portable site for the protein. The Ramachandran plot tells about the residues which have favorable conformation for psi and phi angles which will further help in understanding the stability and rotation of amino acid in protein structure and that is play an important bridging role in comparative modeling and active site or drug-able site of this protein (structural evidence) may be helpful for a new direction for disease control with positive pharmaceutical efficiency.

After retrieval of this sequence ProtParam [29] was used to predict the physiochemical properties. ProtParam computed the molecular weight, theoretical pI, amino acid composition, extinction coefficient, instability index, aliphatic index, and grand average of hydropathicity (GRAVY). Protein disorder was predicted using DisEMBL [30]. A great challenge in the proteomics and structural genomics era is to predict protein structure and function, including identification of those proteins that are partially or wholly unstructured. DisEMBL is a computational tool for prediction of disordered/unstructured regions within a protein sequence.

The protein sequence of HUMAN Proto-oncogene c-Rel protein of Homo sapiens was retrieved from Uniprot KB (Acc. No.:Q04864). A BLASTp [31] search with default parameters was performed against the Brook Heaven Protein Data Bank (PDB)to find suitable template for homology modeling. A set of PDB structures i.e.1GJI A, 1NFI A, 1IKN A, 2I9T A and 1RAM A were showing close similarity with the target sequence. Basing on maximum identity with high positives and lower gap percentage (%), Crystal Structure of c-Rel Bound to DNA (1GJI_A) was selected as a template. The percentage of query coverage, sequence identity, positives and gap was 44%, 84%, 93% and 0% respectively between the template and the target.

The 3-dimensional structure prediction model was assessed by VERIFY 3[39] and SAVES server (http://nihserver.mbi.ucla.edu/SAVES). Visualization protein model was carried out by PyMOL software [40]. Structural validation of protein model was done by Rampage [41] which determines stereo chemical aspects along with main chain and side chain parameters with comprehensive analysis. The Ramachandran plots of HUMAN Proto-oncogene c-Rel protein shows that various residues falling under allowed, favored and regions. Finally, the model quality and check the native protein folding energy of the model assessment program ProQ [42]and ProSA [43] has been used respectively and output candidate model select the most reliable and a good model.

After retrieval of HUMAN Proto-oncogene c-Rel protein sequence ProtParam was used to predict the physiochemical properties. The protein sequence was predicted to be 619 amino acids, with a molecular weight of 68519.6 Daltons, an isoelectric point of 5.58, an isoelectric point below 7 indicates a negative charged protein, an instability index of 39.24 and Aliphatic index is 66.91.The positive GRAVY index of -0.562 is indicative of a hydrophilic and soluble protein.Protein disorder or disordered/unstructured regions within a protein sequence was predicted using DisEMBL server and the results shows below (Fig. 1) The secondary structures of proteins are the regularly repeating local structures stabilized by hydrogen bonds. The most common examples are the alpha-helix and beta-sheet. SOPMA view has been shown to be 92 helices (14.86%), 122 strands (19.71%), 378 coils (61.07%) and 27(4.36%) beta turn present at various positions in the HUMAN Proto-oncogene c-Rel protein structure of Homo sapiens (Fig.2). After choose a suitable template (1GJI A), the model was constructed for the target protein using SWISS MODEL (comparative Protein 3D modeling server). The predicted model was visualization under PyMol visualization software. 3-D structure of HUMAN Proto-oncogene Rel protein is given below (Fig.3). The geometrical and structural consistencies of both modelled and template proteins were evaluated by different approaches. The structural validation was carried out by SAVES server, a well-known protein structure checking program. The Φ and Ψ distributions of Ramachandran plot. This analysis revealed that only one residue (0.0%) residue in Ramachandran plot of HUMAN Proto-oncogene c-Rel protein protein fall under disallowed region. Overall, both homolog’s have nearly same distribution in the steriochemically allowed main chain atoms (87.4%) (Fig.4). Figure 4: Protein Validation Study by SAVE and Rampage Server

In addition, two more protein evaluation programs (Verify3D and ERRAT) were utilized to check the stereochemistry of our model. Verify3D (Fig. 5) scores (100%) the compatibility between the amino acid sequence and the environment of the amino acid side chains in the model. It assesses the environment of the side chain based on the solvent accessibility and the fraction of side chain covered by polar atoms. ERRAT assesses the arrangement of different types of atoms with respect to one another in the protein model. It is a sensitive technique, which is good for identifying incorrectly folded regions in preliminary protein models.

ERRAT plot (Fig.6). This shows that the developed structure of HUMAN Proto-oncogene c-Rel protein can be acceptable. (Overall quality factor 75.75%).

The modeled structure has been checked the quality by using ProQ. The result shows that predicted LG score: 5.510 (> 4: extremely good model) and predicted MaxSub score: 0.343 (>0.5 good model) were in acceptable range of a good model.

The interaction energy and Z-score of each residue were calculated by ProSA –Web energy plot [Fig.7].The ProSA interaction energy calculations for each residue were done using distance –based pair potential method. In this study, the modeled protein shows maximum residues with positive interaction energy that conform the reliability of the model. The overall Z-score of the model was -6.68 kcalmol-1, which has been found quite similar to the templates 1GJI_A.The results obtained from ProSA suggest that the generated HUMAN Proto-oncogene c-Rel protein structure was energetically consistent compared to the template structure. We gratefully acknowledge the great encouragement and support of R&D Centre, Hi-Tech Medical College and Hospital research group. We are thankful to faculty members of BJB (A) College, Bhubaneswar for their help and encouragement for preparing the manuscript.