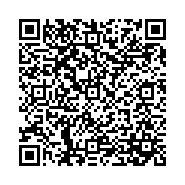 In this research, cytotoxic effects of different fractions of Turbo coronatus extract on breast cancer cell lines MDAMB468 and T47D and animal (NIH/3T3) and human (MCF10A) normal cell lines were investigated by MTT method. Extraction of mollusck (Turbo coronatus) with maceration (72h) was performed in 96% ethanol and the resulting extract was divided into fractions of chloroform, ethyl acetate and the remaining methanol. Treatment of cultured normal and cancer cells was performed during timespans of 24, 48 and 72 hours with different concentrations of ethanol extract and fractions. After determining the lethal concentration of 50% of the cells (LC50), ethyl acetate fraction had the strongest effect on cell line MDA-MB468 (LC50 equal to 12.04 μg/ml ± 1.61 μg/ml) and chloroform fraction had the strongest effect on the cell line T47D (LC50 equal to 19.77 μg/ml ± 9.97 μg/ml). The effect of extraction and fractions on all lines was also investigated in terms of selectivity and no fraction had specific effect on cancer cell lines than normal line of human breast (selectivity index <3); while in the case of comparing the effect of animal normal line cell, relative specific effect of some fractions is anticipated. While cytotoxic effects of studied alcoholic extraction and fractions on three cancer cell lines were considerable, the effect of these extracts and fractions on normal cell lines were also considerable. Thus, only by considering specific conductance of existing effective compounds in the studied fractions to cancer tissue, the effective compound existing in this mollusk can be more considered in the future studies for use in breast cancer treatment. Also, it seems that for specific investigation of cytotoxic effect, it is better to use normal human instead of normal animal lines.

Cancer starts when cells in a part of the body begin uncontrollable proliferation. There are different types of cancer, but all of them occur because of abnormal uncontrollable cell growth. Based on a study of American Cancer Society, cancer is the second main factor of death in the USA. Nowadays, millions of people are or have been living with cancer [1]. In the recent years, in addition to toxins, there are many bioactive materials of different marine animals extracted such as tonic, sponges, soft corals, sea hares, naked gills, Bryozoa, scraper and other marine animals [2].

Turbo coronatus that is also known as the Crown Moon Turban snail was discovered in Samis Bay in 1924, but nowadays it is scattered in Indo-West Pacific, from East and Southern Africa to Malaysia, for, north to south of Japan and from south to Indonesia. It resides tidal zones of the cliff that feed on tiny algae and plants. The maximum length of crust is 5.5 cm. It lives among cliffs and pebbles or in tidal slits [3]. Faulkner stated that researchers have separated 7333 natural marine products including algae 25%, sponges 33%, coelenterates like sea whips and soft corals 10% and the remaining 24% are separated from invertebrates such as acids (also called tunicates), back-gills spiral Shellfish like sea hare, echinoderms such as starfish and sea cucumbers and bryozoans [4].

Nabipour et al. reported in a review that from 611 types of mollusks in the Persian Gulf, 172 of them were bioactive compounds and the separation and the purification of anti-cancer materials and cytotoxic are reported in 8 types of mollusks in the Persian Gulf [5]. Zandi et al. medical science university, Bushehr, identified, extracted, and purified purple protein 63 kDa secreted from Aplysia dactylomela in the Persian Gulf with anti-cancer influences. Purified protein 63 kDa by a concentration equal to 0.5 μg/ml to 1.5 μg/ml prevented the growth and proliferation of cancer cells especially cell line NB4 [6].

total of 2 kg of the mollusk Turbo coronatus were collected in December from tidal areas of Bandar Lengeh located in geographic coordinates 54° 53' east longitude (the Greenwich meridian) and 26° 33' north latitude. Samples were transported to the research center for Mollusk in Bandar Lengeh in a container of sea water for identification and confirmed its species. Then the samples were hold alive in sea water aquarium until extraction time.

Extraction and Preparation of Fractions

For extraction 250 g of Turbo soft tissue extracted from the shell (which was in 96% ethanol for preventing induction of body parser enzymes after extraction from the shell) was transferred to 2 L separators after squishing and was extracted by 400 ml of 96% ethanol for 3 days by 3 repetitions. The resulted extraction was exhausted from separator each time and was dried by rotary evaporator. 1 g of dried extract was investigated for the cytotoxic effect. The remaining extract was washed by a solid-phase method with chloroform, ethyl acetate and methanol Solvents respectively until the color of exhausted liquid turned to pale and TLC confirmatory test was used for finishing the preparation of fractions. Each fraction was dried under the fume hood and away from light and was hold in the freezer (-18°C) until the time of use for investigation of cytotoxic effect.

Cell lines of breast cancer (T47D and MDA-MB468), normal animal (mouse fibroblasts, NIH/3T3) and human normal (normal epithelial cells of breast, MCF 10A) were purchased from cell bank in Pasteur Institute of Iran. All the used autoclavable components were sterilized before the study by autoclave apparatus (temperature of 120°C and pressure of 20 pounds on squared inch). The culturing medium RPMI-1640 was used for culturing cells and the final pH of the prepared medium was 7.2. The medium was sterilized using filtration apparatus and with filtering paper 0.22 micron inside sterile Erlenmeyer flasks and under full sterilizing conditions in biologic hood room and in 4°C refrigerator.

The buffer PBS (Phosphate buffered saline) was used as rinsing solvent before trypsinzing cells and using Trypsin-EDTA diluents, and the mixture of Penicillin/Streptomycin (Gibco-USA) was used for preventing microbial pollution of medium and the 5% mixture of Trypsin-EDTA (Boehringer-Germany) was used for separating cell connections and chelation agent for connecting to calcium and magnesium ions interfering with trypsin action. To be sure of no pollution, medium was hold in incubator for 24 hours and after being sure of no pollution, medium was used in 4°C refrigerator. For culturing and proliferation of cells, 20% fetal bovine serum (FBS) was added to this medium. Serum was put for 20 minutes at 5°C water bath before use to be inactivated. (Merck-Germany) MTT powder was prepared in the concentration of 5 mg/ml (in PBS) for adding to cell medium and was hold at -20°C.

For performing cell cytotoxicity test, 104 cells were cultivated in each 96-well plate and for 24 hours in an incubator. Then, the upper medium was exhausted and each well was rinsed twice with PBS. Then 200 μl of different fraction concentrations that were previously made in 5 DMSO solvent were added to each well and plate was incubated for 24 hours. 22 μl of the solvent MTT (Dimethylthiazol-2-yl-2,5-diphenyltetrazolium bromide) (Sigma-Germany) with the concentration of 5 mg/ml was added to each well, and was incubated for 4 hours at the 37°C incubator. Then upper medium of each well was vacated and for solving fomazan crystals, 100 μl dimethyl sulfoxide DMSO was added to each and were put in incubator for 3-4 hours. Then, the optical density of each well was read at the wavelength of 450 nm using ELISA-reader apparatus and cell viability percent was calculated using the following formula for each concentration [7].

For calculating fatality rate, the above result is subtracted of 100 and for determining the concentration level that causes the death of half of the cells (LC50), a graph of concentration versus cell fatality level was used. Treatment of studied cells was performed during 24, 48 and 72 hours in the concentrations of 0.1, 1, 10, 100, 1000 and 10000 micrograms per milliliter for alcoholic extract and fractions of chloroform and methanol, and the concentrations of 0.07, 0.7, 7, 70, 700 and 7000 μg/ml were performed for ethyl acetate fraction. Each experiment was repeated 5 times and the results were reported as mean ± SD. The data obtained from this study were subjected to one-way analysis of variance (ANOVA). A significant difference was determined at the 0.05 probability level and differences between treatments were tested using Significance of data difference between groups was performed using one-way analysis of data mean variance and Tukey test postdoc. All statistical analyses of data were performed using SPSS software and a significance level of data difference was considered by alpha=0.05.

For determining the specificity of intended extracts and cell line, animal (NIH/3T3) and human (MCF10A) normal cells were used; that LC50 values obtained of extract and fractions on breast cancer cell lines (including T47D and MDAMB468) are divided to LC50 values and fractions of normal cells. If, the resulting number (LC50 on Normal cells/LC50 on Cancerous cell line) is more than 3, it shows a relative specific action against cancer cell line [8].

The results of the cytotoxic effect of alcoholic extract and the fractions from it are summarized in Table 1. According to statistical calculations, there was a significant statistical difference between the results of data in different groups at the same treatment durations. Also, for investigating the difference of effects of extract and fractions on different normal cell lines, the statistical test showed that there is a significant difference between the influence level of animal and human categories.

One important case in finding new anti-cancer compounds that mainly affects cytotoxic effect is attention to side effects of these drugs and this is obtained by the specificity of anti-cancer drugs. With regard to the considerable cytotoxic effects reported from marine creatures in the recent decades, search for finding new compounds with considerable anti-cancer effects is increased. Investigation of cytotoxic effects and comparison of considered effect of it with other similar studies about marine mollusks show that the studied species has strong cytotoxic effect against normal and cancer cells (Table 2). However, the current study was performed on cancer cells or normal cells and not on both types. Petit et al. performed a study about cytotoxic effects of Turbo stenogyrus 1 to 4. This experiment was performed on different lines of cancer cells and based on GI50 (50% concentration from maximum cell proliferation inhibition) for P388 (lymphocytic leukemia cell line) was 0.25 μg/mL. Also, a GI50 value obtained in the research of Petit et al. for breast cell line (MCF7) was 0.4 μg/mL [9].

Table 2. Comparison of cytotoxic effect for some mollusks investigated in previous studies on different lines of cancer and normal cells.

Statistical comparison of the influence of studied extract and fractions on two categories of the normal cell shows that there is a significant difference between these data. Also, by investigating the specific effect on cancer cells than normal cells compared with the normal human cell, none of extract or fractions showed a specific effect against cancer cell line (LC50 Normal/LC50 Cancer<3). While comparing cytotoxic effect of methanol fraction on normal animal line NIH/3T3 and normal human line (MCF10A), the reported effect on cancer line in some cases is reported specifically (LC50N/ LC50C>3). Thus, while many performed studies around the world use the NIH/3T3 line for investigating the specificity of anti-cancer drugs in in-vitro medium, it seems that the use of normal human cells represents the specificity of the effect of cytotoxic compounds in a more realistic form.

Based on the comparison of results and method of the investigations performed in previous researches with the current study, it seems that this study, in terms of investigating cytotoxic effect of one marine mollusk on cancer cell line along with normal lines and also investigating the value of specificity index in normal human line than animal line, explains the value and position of using normal human line instead of animal line in addition to specifying the considerable effects of mollusk cytotoxic Turbo coronatus.

Cytotoxic effects of 96% alcoholic extract and studied fractions of the mollusk Turbo coronatus on two lines of breast cancer cell have been considerable. However, the influence of this extract and fractions on normal cell lines is also considerable and by a significant difference is more than the effect on cancer cell lines. Thus, only by the inclusion of specific guidance of effective compounds available in the studied fractions to cancer tissue, existing effective compounds in this mollusk can be more attended in the future for use in the treatment of breast cancer.

Investigating the mechanism of cytotoxic effect of the intended fractions on different methods (including investigating apoptosis induction or effect on cell genome).