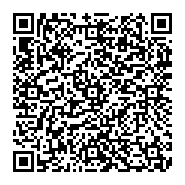 It is worth noting that we isolated a strain of S. Kentucky in the blood sample of a clinical 13 year old girl in 2014 in Xinjiang, China (The data did not publish before). The antimicrobial susceptibility testing of the strain showed that the strain was resistance to tetracycline, nalidixic acid, streptomycin, chloramphenicol and sulfisoxazole, while displayed susceptibility to cefotaxime, cefepime, polymyxin, ampicillin, ofloxacin and ciprofloxacin. Our study has confirmed that S. Kentucky has the ability to cause blood infections and the strain exhibited MDR. As the invasive nontyphoidal Salmonella (iNTS) infections are much more severe than self-limiting diarrhea caused by nontyphoidal Salmonella infections [7]. INTS usually causes sepsis and meningitis in low-income areas and the multiple-drug resistant iNTS isolates are more likely to cause death during treatment [7]. Fortunately, the strain of S. Kentucky is susceptible to first-line drugs, such as ciprofloxacin and cefotaxime, but treating Salmonella infections in the blood are still very difficult and complexity, especially the multidrug-resistant strains. Therefore, this is a serious threat to human health that deserves our concern.

Understanding the origin and spread of bacterial resistance is important for predicting the occurrence and transmission of clinically relevant bacteria [8]. Many researchers have hypothesized that drug-resistant bacteria can be spread to humans from farms [9]. However, people have debated whether the drug-resistant strains produced by animals are the sources that cause human infections for many years [10,11]. In the study of Zhiying Xiong and colleagues [6], 20.6% of the S. Kentucky ST198 strains (including the human and non-human strains) were resistance to florfenicol. Florfenicol is a kind of antibiotic specially used in livestock and poultry breeding in China [12], which supports that the bacterial resistance produced in farms can be transmitted to humans. Moreover, China is the world's largest producer and consumer of antibiotics, producing more than 200,000 tons of antibiotics each year and about 50% of which are used in farms [13], which causes farms as a significant origin of drug-resistant pathogens. Furthermore, most antibiotics like cephalosporins and quinolones are used in both human and farms, which means that animal-derived resistant strains are also resistance to human antibiotics, making clinical antibiotics more difficult to effectively treat bacterial infections [14]. It reminds us of the need for comprehensive monitoring of antibiotic use and resistance in farms.

Zhiying Xiong and colleagues study [6] is a very meaningful study to provide reliable data support and effective reference opinions for the prevention and monitoring of the disease through the molecular epidemiological study of S. Kentucky ST198 in China. The insufficience is that study does not use the whole genome instead of PFGE to trace the source of S. Kentucky ST198, which is more comprehensive and accurate.

The authors have no financial conflicts of interest to declare.