Different metal-containing catalysts are used in the sense of electrochemistry, especially in fuel cell engineering, to increase the rates of the half-reactions that form the fuel cell. One typical form of fuel cell electrocatalyst is based on platinum nanoparticles supported by slightly larger particles of carbon. This platinum increases the rate of oxygen depletion either in liquids, or in hydroxide or hydrogen peroxide while in contact with one of the electrodes in a fuel cell.

Several design methods have been made possible by detailed spectroscopic analyses of molecular electrocatalysts for the development of modern practical electrolysis systems to reduce carbon dioxide. Through carefully choosing Lewis or Bronsted acids, reaction mechanisms can be manipulated by monitoring a variety of variables influencing the chemical environment or synthetic modification that governs interactions between metal and metal, including non-covalent interactions such as hydrogen bonding.

IR Spectro electrochemistry has proven to be a valuable instrument for examining electrocatalyst chemical properties at catalytically important potentials and understanding the intermediates between the precursor of the catalyst and the active catalyst states.

Climate change is being induced at an unprecedented pace by anthropogenic CO 2 emissions, mainly from fossil fuel combustion. Our current focus on fossil-based fuels has prompted research concern in carbon dioxide capture and catalytic reduction back to liquid fuels. For the last decade, electrochemical carbon dioxide removal has been intensively studied. Any of the major contributions made to this area over the past decade using the transition metal bipyridine catalysts from Group VII are reviewed here. Strategies are defined to further our mechanistic understanding of electrocatalytic CO 2 to CO reduction. 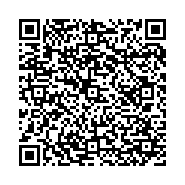