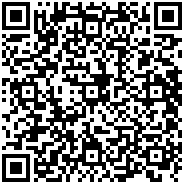 Solid particles in a liquid can sometimes be so tiny that they pass through a filter paper. The filtering process cannot be utilised to separate such particles. Centrifugation is used to separate such combinations. Centrifugation is the technique of separating insoluble components from a liquid when conventional filtering fails. The size, shape, and density of the particles, as well as the viscosity of the medium and the rotational speed, all influence centrifugation. When particles are spun quickly, the denser particles are pushed to the bottom, while the lighter ones remain at the top.

Simple distillation is a process for separating components of a combination including two miscible liquids that boil without breakdown and have a sufficiently enough boiling point difference. The distillation process entails heating a liquid to its boiling point, moving the vapours to a cool section of the apparatus, condensing the vapours, and collecting the condensed liquid in a container. The vapour pressure of a liquid increases as the temperature of the liquid rises in this process. The liquid enters its vapour state when the vapour pressure of the liquid and the air pressure equalise. The vapours travel through the heated section of the device before hitting the cold surface of the water-cooled condenser. When the vapour cools, it condenses and travels through the condenser, eventually collecting in a receiver through the vacuum adapter.

A simple fractionating column is a glass bead-filled tube. The beads serve as a surface for the vapours to cool and condense on several occasions. Because of the repeated condensation and evaporation, the vapours of the liquid with the lower boiling point flow out of the fractionating column first, condense, and collect in the receiver flask when vapours of a mixture are passed through it. The other liquid, which has a little higher boiling point, can be collected in a receiver flask in a similar manner.