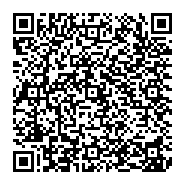 Aim: Information on the effect of Bacillus Calmette-Guerin (BCG) vaccine in tuberculosis (TB) drug resistance will be useful in planning the application of the BCG vaccine. The aim of this study was to explore BCG vaccine effectiveness on TB drug resistance in pulmonary TB patients. Methods: Patients with pulmonary TB were enrolled and had sputum samples obtained at TB laboratories in five provinces of Iran. Drug susceptibility testing was carried according to the proportion method. BCG vaccination scar were confirmed by medical records. The vaccine effectiveness (VE) was estimated as [100% × (1− adjusted odds ratio)] for TB drug susceptible patients versus TB drug resistance patients. Results: A total of 288 cases (80.8%) had no BCG vaccination scar. The resistance frequency to isoniazid (INH), rifampicin (RMP) and streptomycin (SMP), was 18 (5%), 40 (11.2%) and 12 (5.2%) respectively. Frequency of multiple drug resistant (MDR)-TB was 10 (4%). We analyzed adjusted BCG Vaccine effectiveness (VE) in prevention of TB drug resistance on the basis of first line TB drugs. BCG vaccine showed harm effect against SMP resistance (VE 87.5%) after controlling of age and sex. Conclusion: It was hypothesized, that it may be necessary planning to modify of BCG vaccine strains in favor of the prevention of tuberculosis drug-resistant.

Bacillus Calmette-Gurein (BCG) vaccine is still used for TB prevention [1]. But information regarding the effectiveness of the BCG vaccine on prevention of TB drug resistance isn’t accessible. According to several studies, vaccination can prevent the progress of more severe types of disease in children [2,3]. In addition, it strongly protects against extra pulmonary TB [4]. Some studies have stated BCG vaccination combined with chemotherapy is useful in the treatment of TB drug resistance [5,6].

Unfortunately no human studies in relation to BCG vaccination effectiveness and prevention of drug resistance are available [7]. World Health Organization (WHO) has notified there is an urgent need for new, safe and effective vaccines that prevent against all forms of TB as well as drug-resistant strains [7]. Results of such studies will be useful for revising current immunization programs as well as development of new improved tuberculosis vaccines.

To evaluate the vaccine effectiveness in border provinces, we designed a cluster cross-sectional study and used of Odds Ratio for calculating sample size. Assuming 50% vaccine coverage on drug susceptible tuberculosis patients (in a pilot study) and a type I error probability of 5% and type II error probability of 20%, a sample size of 296 was sufficient to OR of 0.5. A design effect of 0.2 sample size was used to account for the clustering of the study participants and finally 358 patients was selected.

A total of 358 patients were randomly selected, using cluster random sampling. Isolates were proportionally (based on prevalence of the smear positive pulmonary tuberculosis in per provinces in 2012) sampled from patients in provinces. In general, 121 patients (33.8%) from East Azerbaijan, 71 (19.83%) from Kermanshah, 60 (16.76%) from West Azerbaijan, 69 (19.27%) from Kurdistan and 37 (10.34%) from Ardabil provinces were selected. Random allocation of isolates executed using a random-numbers table in every province.

Samples were cultured and the isolates were transported by TB laboratory in each province to the reference laboratory under standard condition. After receiving cultures, screening was performed to confirm the isolates as members of the MTB complex. Differentiation of MTB from other members of the MTB complex was identified based on niacin test (positive niacin was indicated the bacilli is M.T.B) and Nitrate test (A positive reaction was indicated nitrate has been reduced to Nitrite) [8].

First, serial dilutions of 10-1, 10-3 and 10-5 mg/ml of the standard suspension of drugs were prepared for each isolate. Also for each dilution of the suspension two control tubes were inoculated. Drug susceptibility testing was performed for Isoniazid (INH): 0.2mg/l, Rifampicin (RMP): 40 mg/l, and streptomycin (SMP): 4 mg/l. Therefore, for each isolates (patients), 27 tubes had to be inoculated in total. After inoculation, the tubes were incubated at 37˚C in a slanted position. The reading of results consisted calculation of the proportion of resistant bacilli by comparing counts on drug free and drug containing L-J medium and was carried out at the 28th and 40th day after inoculation. If at the 28th day reading, the proportion of resistant colonies was higher than the critical proportion (1%), the strain was reported as resistant. all other results was reported after the 40th day reading [9].

Age, gender (1: Male, 2: Female) and smoking status (1: Yes, 2: No) were provided using the information mentioned in the medical records as well as personal interviews and home inspections. The BCG vaccination area was observed by physician through the presenting typical BCG scar in the deltoid part of the upper arms.

Vaccine effectiveness (VE) was determined by using the formula (10): VE = (1-OR) × 100, where OR was odds of vaccination in patients without drug resistance to odds of vaccination among TB drug resistance patients, by controlling age and sex. We considered a significance level of 0.05 using SPSS 13 software (SPSS Inc., Chicago, IL, USA). Confidence interval was calculated at the 95% level.

The Ethics code of study was 1391/6/18/5/4/5375 that was approved in Ethics Committee in Tabriz university of medical science. Participants provided their written informed consent to participate in this study and for patients younger than 18 years were obtain written consent from their parents.

We analyzed adjusted BCG Vaccine effectiveness (VE) in prevention of TB drug resistance on the basis of first line TB drugs. BCG vaccine showed harm effect against SMP resistance (VE 87.5%) after controlling of age and sex. But it was not found significant association between history of BCG vaccination with INH and RMP resistance in MTB patients.

Newly, it has been assumed that the anti-TB protective property induced by BCG vaccine might be MTB strain specific and this specificity may contribute to the imperfect effectiveness of this vaccine [10,11]. On the other hand, there is concern that the some genotypes may have a tendency for emerging drug resistance and may be spreading worldwide, probably as a result of increased virulence [12-16]. In some parts of the world, for example, in Russia, Estonia, and Azerbaijan, a very strong relationship between the Beijing family strains and TB drug resistance was reported [16-20]. All MDR Beijing strains were resistant to SMP, indicating that SMP resistance may be a marker for MDR in these strains [21], also in Pakistan, there was a significant relationship between Beijing strains and resistance to SMP (CI 95% OR: 1.4-6.5) [22].

Preclinical studies have proposed that some MTB genotypes, especially, Beijing strains may be resistant to anti-TB protective immunity induced by BCG [23]. Beijing strains have been related with global TB outbreaks for more than a decade [24-27] and epidemiological studies have proposed that BCG vaccination may be the main cause of Beijing genotype outbreak [28-29]. Interestingly, in the some studies, Beijing strains were more common among BCG-vaccinated TB patients in comparison to non-immunized patients [28-29]. Based on these data, it suggested that BCG vaccine may actually increase the risk of emerging TB drug resistance in regions with a high proportion of Beijing strain infections [11].

It is hypothesized, that it may be necessary planning to modify of BCG vaccine strains in favor of the prevention of tuberculosis drug-resistant.

The authors thank the staff and patients of west and northwestern reference laboratory and Mrs. Lesley Carson for Editorial Clarifications. This research was part of a PhD thesis and reinforced by Tuberculosis and Lung Disease Research Center.

There aren't any relationships or interests that can have direct or potential influence or impart bias on the work. This work is a section of PhD thesis that has been approved by regional ethics committee (code of 5/4/5375 in date of September 8, 2012) in agreement with the ethical standards as laid down in the Declaration of Helsinki (1964) and its comparable ethical standards in Tabriz University of medical science. The all right of patients was regarded. All patients had right to decide to the personal data gathered, to what they have said during interview or study. The researchers don’t know the name of participants and their identification was blinded.