Effectiveness of Vitamin C in the Treatment of Anemia in Patients with Chronic Diseases: A Case Study 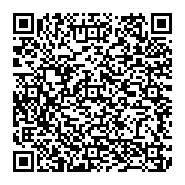 We screened six patients and the study was performed from September to December of 2015, but one quit prior to begin the study. Their age ranges from 37 to 95 years-old, and three are male and two female. Their mean hemoglobin went up from 8.6 g/dL to 9.7 g/dL after they received vitamin C 10 g IV weekly for 6 weeks. The CRP level had a 41.4% effective reduction and their performance status and quality of life as per the questionnaire improved.

We demonstrated a clinical benefit of high dose intravenous vitamin C in anaemia of chronic diseases even though a small study. We recommend to perform a randomized controlled study with larger sample in a future.

Chronic diseases, such as diabetes mellitus, hypertension, liver cirrhosis, chronic renal failure, rheumatoid arthritis, cancer among others are a condition increasing in incidence and prevalence in both the developed and the underdeveloped world [1]. Treatment costs for these patients are high. Anemia is very common in this patient population. Not only in terms of damage determines the quality of life of patients but also their presence worsens conditions and cardiovascular disease, the leading cause of mortality in this population. Faced with the prospect of a condition in which increasing costs are high search of a better use of available resources is necessary.

Anemia is an almost constant finding in chronic conditions and overall severity increases nonlinearly with the progression of the disease. The most characteristic blood picture is a normocytic normochromic anemia and not iron deficiency, although it may have iron deficiency and even breakdown of red blood cells called hemolysis [2].

Its etiology is multifactorial and involves practically all steps of erythrocyte function, i.e. there is a deficient erythropoiesis an erythrocyte decreased survival and increased hemolysis and blood loss. Nutrition is an important part in these cases and fundamentally factors deficiency iron deficiency, vitamin B12 deficiency and folic acid and to a lesser extent other micronutrients, including vitamin C usually present. These disorders should be at least in part to the pro-inflammatory state experienced by patients. One proposed theory is based on the generation of oxygen free radicals with consequent lipid peroxidation of erythrocyte membrane and decrease its flexibility and distensibility. Studies suggest vitamin C enhanced the iron absorption and increase the hemoglobin levels in anemic patient. Also, the coadministration with other vitamins and micronutrients has been reported to enhance the response to recombinant erythropoietin in patient with chronic renal failure [3].

It is known that vitamin C also known as ascorbic acid is an important antioxidant in our body [4-8]. That is why this project will develop administering vitamin C as required by high doses intravenously observing the response in these patients by measuring their hemoglobin with CBC, their inflammatory status with CRP and clinical response in terms of the patient's symptoms over a period of three months.

The Vitamin C is an anti-oxidant that reduces the oxidative stress in the cells caused by any inflammation and should work in patients with anemia of chronic diseases rising their hemoglobin, decreasing their inflammatory state, and improving their quality of life [9].

It was proposed to consider all the data together, that many of the patients have increased oxidative stress, functional iron deficiency and resistance to the action of erythropoietin, being exposed to the risks already mentioned administration of high doses of iron and the above erythropoietin. Because vitamin C has been shown to be effective in these points, the widespread use of it, at doses adjusted to avoid the risk of toxicity, it would be an interesting addition in the treatment of anemia in this group of patients, minimizing administration of the drugs.

The main objectives were

A controlled study of patients with anemia due to chronic conditions took place and who agreed to participate in the study, signing a written consent to participate in the study. They conducted an interview to start with a blood sample for CBC, G6PD levels and hs CRP then they received vitamin C 10 gm intravenously in 2 hours in an infusion center once a week for 6 weeks. To be re-evaluated once a month with interviews and blood samples (CBC and hs CRP) for 3 months. The data was then compiled and analyzed for comparative tables.

Participants: The participants in the study were males and females above 18 years old from Puerto Rico. Any vulnerable populations such as minors, pregnant women, prisoners, and mentally disabled could participate.

Recruitment: The study population was chosen randomly from ambulatory clinic of a hematologist/oncologist from those who have anemia after screened by the physician.

Methods: A sign was placed in the waiting room with information of the study to let them known that the patients will be screened by the physician for the study randomly.

A survey/questionnaire (see Appendix #1) was administered during the interview and the physician ordered the pertinent required tests such as CBC, G6PD level, hs CRP, serum iron level, TIBC, and ferritin level. Those surveys and tests were done once a month for 3 months.

Protection of privacy: The identifiable information (e.g., names, telephone numbers, birth dates, email addresses) was available at their medical record, but the data was confidential. For the study, they were anonymous, but identified by an assigned number. The study followed HIPPA (federal Health Insurance Portability and Accountability Act). The data was kept confidentially and stored in a safe place. We had access to the data. At the end of the study, the data returned to the physician's office.

Informed consent process: Once the physician identified the patients, we informed the participants about the purpose of the study, what they will be asked to do, that their participation is voluntary and they have the right to stop at any time providing them an informative sheet before we obtain the informed consent.

Vitamin C itself is essentially non-toxic. In general, adverse events after high-dose intravenous vitamin C are mild, and consistent with side effects occurring due to rapid infusion of any high-osmolarity solution, and are preventable by drinking fluids before and during the infusion [4].

Patients with glucose 6-phosphate dehydrogenase deficiency were found to be at risk to experience hemolysis following administration of high doses of vitamin C in previous studies. Therefore, patients were screened for this metabolic deficiency before initiation of therapy.

We screened six patients from September 1 to October 30 of 2015 who qualified with the eligibility criteria established and only five agreed to get enrolled in the study. Two are female and three are female. Their age ranges from 37 to 95 years-old the mean age is 72 (Table 1).

All five patients have been on multivitamins as well as vitamin B6 and B12, folic acid, and/or iron by mouth or injectable. All of them were treated with erythropoietin named PROCRIT prior to be enrolled, but two of them continued it within the study. Only one patient completed the 6 weeks of treatment of vitamin C and the rest are still ongoing. As per Table 2, the range of the total score of the quality of life as baseline is from 8 to 16 with a mean of 12. The total score improved significantly while on treatment with a range between 3 and 10 with a mean of 6. Their hemoglobin range was within 7.4 g/dL and 9.8 g/dL with a mean of 8.8 g/dL as baseline and during the treatment their range is from 8.8 g/dL to 10.4 g/dL with a mean hemoglobin of 9.7 g/dL.

Regarding their CRP and Iron studies, only one patient had normal CRP and two have it extremely high (Table 2). The CRP level after vitamin C decreased and their range was within 0.10 mg/dL to 20.3 mg/dL with mean of 6.0 mg/dL with a 41.4% effective reduction with vitamin C. Their iron and TIBC levels are normal, but three of them had high ferritin levels as baseline. It is well known that serum ferritin is the iron reserve in our body, but it is also an acute phase reactant protein that goes high in any inflammatory state. The three ones who had high ferritin levels with a range of 233.1 ng/mL to 677.8 ng/mL and a mean of 461.2 ng/mL, had improvement in their ferritin levels while on treatment with vitamin C.

A role for vitamin C in erythropoetin-hyporesponsive patients has been suggested, despite the lack of evidence to suggest a mechanism of action [10-13]. A possible mechanism could be related to the antioxidant properties of vitamin C and to its effects on iron metabolism or endogenous erythropoietin synthesis.

The efficacy of vitamin C has been evaluated in clinical trials. A prospective, randomized, crossover study evaluated 27 hemodialysis patients with functional iron deficiency [5]. All patients who were administered 500 mg of intravenous vitamin C 3 times weekly for 3 months had significant increases in hemoglobin and transferrin saturation, and hemoglobin and transferrin saturation declined after cessation of vitamin C therapy. Sezer et al. [6] also reported a significant increase in hemoglobin concentration and a decrease in the dose of recombinant human erythropoietin (EPO) in 36 hemodialysis patients whose ferritin level was >500 g/L after 8 weeks of treatment with vitamin C at a dosage of 1 g/wk.

More recently, this has been tested in a prospective, randomized, crossover study [7]. Approximately 65% of hemodialysis patients responded to treatment with 1500 mg/wk of intravenous vitamin C over a 6-month period with almost a 2 g/dL increase in hemoglobin concentration, together with a 2500 IU/wk (30%) reduction in EPO dose. Nevertheless, the K/DOQI Work Group for guideline 3.3.1 L stated: "in the opinion of the Work Group, there is insufficient evidence to recommend the use of vitamin C (ascorbate) in the management of anemia in patients with CKD". Furthermore, long-term high doses of vitamin C treatment might be a potential risk for the development of secondary oxalosis in patients with end-stage renal disease.

In our small study, we found only an increase of approximately 1 gm in the hemoglobin level of the patients which is less than the obtained with the previous studies mentioned above. Even though the increment was non-significant, we found an improvement in their performance status as well as the laboratory parameters of inflammatory state such as ferritin and C-reactive protein levels. We could not determine any change in the dose or use of recombinant human erythropoietin in our study.

We used a multivariate data for the analysis different age, sex, diagnosis, and treatment regimens. This all would affect and interfere with the results creating some sort of difficulty in their interpretation, so, we recommend to modify it in a future study.

We are proposing to complete this study with a larger sample and/or a combination of vitamins C and E in the treatment of anemia of chronic illness as an alternative and cost-effective treatment modality. Several clinical trials have indicated that vitamin E might be used therapeutically as a potential erythropoietic agent for decreasing the premature erythrocyte hemolysis by reducing the fragility of erythrocytes [8].

In our study, we approved our hypothesis in view that the patients had an increase in their hemoglobin and improvement in their quality of life. We demonstrated a benefit of intravenous vitamin C in anemia of chronic diseases despite been a small study.

We recommend to design a cross-sectional analysis from a randomized controlled study with larger sample in a future, including all eligible patients with anemia of chronic diseases. An analysis for a potential relation between vitamin C dose and response to recombinant Human Erythropoietin and Iron supplementation (dependent variable) should be performed. We recommend that all the patients in the future study should have the same oral multivitamin supplementation prescribed. Compliance should be confirmed too as another variable that can affect the response.