Effects of fouling in EGR Coolers in Automobiles - a Review Study 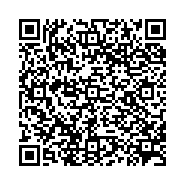 Transportation is responsible for approximately 20 per cent of global greenhouse gas emissions such as CO2, NOx and HC which have not been burned completely in the engine. In particular, 55 per cent of globally emitted NOx which is more harmful to the environment than CO2 is produced by the automotive industry alone. Strict emission standards are now in place that set specific limits to the amount of pollutants that can be released into the environment. The widely used measure to reduce NOx emissions in diesel engines is to return part of the exhaust gas to the intake of the engine. This is usually done through via a heat exchanger known as exhaust gas recirculation cooler. However EGR coolers are subject to severe fouling such that their thermal efficiency can drop by as much as 30 per cent within a very short period of time. More importantly, the deposit layer is a blend of particulate matter and sticky heavy hydrocarbons that are very difficult to remove from the heat exchanger surfaces. The present study addresses this problem and provides a review on the effects and R & D activities happening to mitigate fouling of EGR coolers.