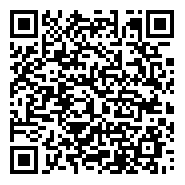 Neuropsychiatry and Behavioral Neurology are disciplines among the clinical neurosciences that emphasis on the clinical and pathological aspects of neural processes linked with cognition, emotion, and behavior. Recent developments in structural and functional brain imaging, clinical electrophysiology, and experimental psychology promoted exceptional growth in the clinical neurosciences, and have enlightened our understanding of both normal and disturbed cognition, emotion, and behavior.

These technologies and the outcomes from them complement the clinical interview and examination and outspread the core knowledge base and clinical skills that define modern neuropsychiatry and behavioral neurology. A principal goal of this integrative approach is to transcend the mind-brain duality reflected in the separation of psychiatry and neurology. People can gain awareness through literature, internet sources, family physicians and consultants. Open access journals provide more visibility and accessibility to the readers in gaining the required information. The ongoing researches all over the world, which are being exhibited through open access journals, serve as the main source of information in various fields [1-20].

In order to create awareness among the people, group of physicians and consultants unite to form a society or an organization. The main purpose of these societies is to counsel and build awareness among the victims of Brain disorders as well as healthy personnel. Major societies like The American Neuropsychiatric Association aims to improve the lives of people with disorders at the interface of psychiatry and neurology. International Neuropsychiatric Association (INA) aims to prevent or reduce the suffering of people with brain-behavior disorders by increasing, integrating, and disseminating knowledge and understand the relationships between brain function and human behavior. British NeuroPsychiatry Association (BNPA) highlights the advancement of health for the public benefit by bringing about improved health care for people with neuropsychiatric disorders in particular by increasing, integrating, and disseminating knowledge and understanding of the relationships between brain function and human behavior through open learned meetings. EEG and Clinical Neuroscience Society (ECNS) with its primary goal to further the clinical practice of classic electroencephalography (EEG), quantitative EEG (QEEG), evoked potentials, magnetoencephalography (MEG), electroconvulsive therapy (ECT), transcranial magnetic stimulation (TMS), deep brain stimulation (DBS), polysomnography (sleep EEG), and EEG Neurofeedback from the professional, scientific, and economic standpoints [21-40].

Open Access literature plays a significant role in proving the information and modern researches across the globe. Neuropsychiatry (London) provides vital research on the advancements & clinical cases in the fields of Neurology & Psychiatry studies. Journal of Spine & Neurosurgery is an international peer-reviewed scholarly journal, which published the papers across the globe in the fields of Neurology & Neurotechnology all over its Volume till date.

Journal of Psychiatry covers the basic knowledge and provides cutting-edge research strategies in the development of updated psychiatry research. Journal of Psychology & Psychotherapy is a leading provider of information on Psychology studies and novel methods of treatment followed. The above mentioned Open access journals on cardiology are the peer-reviewed journals that maintain the quality and standard of the journal content, reviewer’s agreement and respective editor’s acceptance in order to publish an article [41-60]. These journals ensures the barrier-free distribution of its content through online open access and thus helps in improving the citations for authors and attaining good journal impact factors.

Most Prevalent Neurological Disorders Across the Globe

The most common Neurological diseases include Depression, Mania, Schizophrenia, Visual & Auditory hallucination, Obsessive-compulsive disorder, Eating disorder, etc. Of these diseases mentioned, The U.S. is one of the most depressed countries in the world, according to the World Health Organization. India, China and the U.S. are also the countries most affected by anxiety, schizophrenia and bipolar disorder, according to WHO.

Depression is a state of low mood and aversion to activity or laziness that can affect a person's thoughts, behavior, feelings and sense of well-being [61-70]. Through Open access healthcare literature provides information of novel researches ongoing in the current era. Here is the list of few articles which provide reports that are competent enough for a person to attain knowledge on Neurological diseases. An article entitled The Relationship between depression and use of ecstasy among adolescents in Taiwan written by Cheng-Fang Yen of Taiwan, explains a case study of 10,262 adolescents aged 12-18 years completed research questionnaires that assessed their severity of depression, status of ecstasy use, and history of cannabis use. The participants were grouped into non-users, ex-users, and current users. Severity of depression among these three adolescent groups was compared using analysis of covariance (ANCOVA), considering the history of cannabis use and demographic characteristics as covariates.

Mania is a state of abnormally elevated arousal, affect, and energy level, or "a state of heightened overall activation with enhanced affective expression together with lability of affect. In a manuscript entitled Postpartum hypomania: future perspective authored by Jessica Heron of UK provides data regarding the Hypomanic symptoms.
Apart from the articles, presentation at conferences, symposiums, workshops also yield an improved exposure to health information and innovative technologies that are being invented in the present generation. 2nd International Conference on Sleep Disorders and Medicine popularly known as Sleep Medicine 2016, held at Atlanta, USA presented the De novo Advancements and Challenges of Sleep disorders, and Medical Conditions related to Advanced Sleep therapy. 6th Neurological Conference at San Antonio, USA focused on novel Advancements and Challenges in Neurosciences & Neurological Disorders. Ramel Carlos presented a report on “Vascular diseases in dementia and Parkinson disease in the Island of Guam”. James Gratwicke displayed his research on “The development of brain stimulation therapies for dementia” [71-82].

Other Conferences in 2017 with more perspectives in neuroresearch are:

As the Brain diseases have become more prevalent, there are many scientific professionals are trained especially in detecting, treating and counseling the prevention of Neurological disorders and these professionals are well known as Neurologists. In order to diagnose the condition of the brain, physicians proceed for imaging which includes Computed axial tomography, Diffuse optical imaging, Event-related optical signal, Magnetic resonance imaging, Functional magnetic resonance imaging, Magnetoencephalography, Positron emission tomography, Single-photon emission computed tomography, Cranial ultrasound. Other more invasive developments in this field include the electrocorticogram (ECoG). In this technique recording electrodes are placed under the dura, leading to a greater proximity of the recording electrode to the brains surface and thus higher signal-to-noise ratio. It has higher spatial and temporal resolution compared to EEG. Novel developments in this field demonstrate the benefit of a flexible sub-dural neural implant, a so called electronic dura mater, is better able to modulate neural signals without causing tissue damage due to its flexible nature [83-90]. The electronic dura mater is capable of providing chemical and electrical stimulation in the spinal cord allowing for restored locomotion after a paralyzing injury. The goal of developing minimally invasive electrodes has further progressed through the innovation of syringe injectable microporous flexible mesh electrodes. These sub-micrometer mesh electrodes are able to be injected into the brain and unfold locally to allow for a tight integration while causing little chronic immunoreactivity. This group was able to successfully inject this mesh into the hippocampus of a live rodent brain, and showed that there was no significant increase in glial fibrillary acidic protein (GFAP), which can be a measure of adverse response to the injection of a foreign material. Furthermore, the mesh integrated successfully with the local extracellular matrix, which included cells that stained positive for neuronal nuclear antigen (NeuN), demonstrating integration with adult neurons.

Optogenetics is the genetic enhancement of neurons to become responsive to light. This is achieved through the production of light sensitive receptors that can either activate or inhibit neurons when light hits the enhanced receptor [91-98].

Neuro-nano-technology (NNT) is a fast emerging field that aims to develop novel nano-structures that can interface with the brain. Since the size of nano-structures is in the same order of magnitude as neural biomolecules this technology is particularly suited to be used for neural interfacing. An excellent example is the novel application of magnetic nanoparticles, a compound that was previously employed for use as a contrast agent in MRI scans and as a cell-destructive therapy in cancer treatment, due to its magnetic hyperthermia. Now combined with viral vector induced heat-sensitive capsaicin receptor (TRPV1) expression, scientists have been able to develop fast magneto-thermal control of neural activity in vivo [98-102].

Neurological disorders are most prominent and prevalent in USA. Many innovative technologies have been developed to reduce the mortality due to brain disorders. In 2016, FDA approved an Investigational New Drug application from Neuralstem, Inc., a Rockville, Md.-based biotech company, to test the safety of a treatment in which patients will receive injections of the company’s patented neural stem cells at multiple sites along the spinal cord. All this information can be accessed in open access health care literature which exhibits the novel techniques and innovative researches taking place in the research field. Many professionals share their views; suggestions through the open access literature which can be accessed by all in order attain knowledge on Neurodiseases.