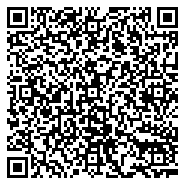 Structures and thermochemical properties of Tri-, Tetra-, and Penta-Fluorinated Ethanol’s and its Radicals were determined by the Gaussian M-062 x/6-31+g (d,p) calculation : Enthalpies of formation for 18 fluorinated ethanol and some radicals were calculated with a popular ab initio and density functional theory methods: the Gaussian M-062 x/6-31+g (d,p) via several series of isodesmic reactions. Bond dissociation energies for these fluorinated ethanol’s and its radicals were also calculated.

Fluorinated alcohols are excellent solvents of proteins, peptides, and other organic compounds due to its physicochemical properties. Fluoro alcohols, like other alcohols, can alter lipid bilayer properties and stability, and protein function [2].

The onset a temperature for energetic materials in the calorimetric measurements has been roughly predicted using molecular orbital calculations of bond dissociation energies.

Bond Dissociation Energies (BDEs) values for some inorganic compounds, lanthanide selenides and sulfides were measured in 2021 using resonant two photon ionization spectroscopy. The predissociation thresholds were found to be the BDE values for these molecules. The 0K gaseous heat of formation, ΔfH°;K for each molecule was also reported using this model [5].

The amount of energy used to break a mole of covalently bonded gas molecule to pair of radicals is the bond dissociation energy. The units used for the bond dissociation energy is commonly kJ/mol. Covalent bonds can be broken heterolytically or homolytically. The heterolytic breaking of a covalent bond would result in the pair of electrons going to only one atom, either A or B.

The heat involved in chemical or physical change at constant temperature and pressure is enthalpy of reaction (H), and it’s a thermodynamic quantity, q=ΔH [8].

Halogenated compounds have low reactivity, are highly stable, and are used in industry. They are of concern to the environment due to their persistence in the environment, and its widespread use. Their thermochemical properties must be studied in order to understand the reduction and oxidation reactions involving these molecules [11].

The global hybrid meta-GGA density functional approximation, GGA, DFT Gaussian M-062x/6-31+g (d,p) method of calculation has been used to initially analyze frequencies, optimized structures, and thermo energies of the molecules studied. In the GGA, generalized gradient approximation, the density functional depends on the down and up spin densities and the reduced gradient. In the meta GGA, the functional also depends on the up and down spin kinetic energy densities. A hybrid GGA is a combination of GGA with Hartree Fock exchange. The hybrid meta GGA is a combination of meta GGA with Hartree-Fock exchange [12].

A series of Isodesmic Reactions and composite calculations were employed to calculate enthalpy of formation of tri-, terta-, and penta-fluorinated ethanols. Calculations were performed using Gaussian 16 program. All reported calculations of enthalpy of formation are for standard conditions of 1 atm pressure and 298K. The Gaussian M-062 x/6-31+g (d,p) level of calculation has been used for this study as this method of calculation were successfully employed in the past when applied to fluoro hydrocarbons 6 with small reported standard deviations values [13] .

The standard deviation is calculated using the following formula [14].

Where, Xi is the mean; the average of the numbers, μ is the actual numbers to be calculated the standard deviation of, and

The ΔHf298°K values of all reference species but the fluoroethanols are known, the ΔHf298°K of the target species fluoro ethanols, is obtained from this data and the calculated ΔHrxn, 298°. ΔHf298°K calculated using two different reference molecules are within ± (0 to 0.60 Kcal mol-1).

Isodesmic work reactions from M-062x/6-31+g (d,p) method of calculation has been utilized to perform calculation of standard enthalpy of formations for tri-, tertra-, and penta- fluorinated ethanol’s and some radicals. Reference species and their standard enthalpy of formation along with their uncertainties have been used in all isodesmic work reactions. The calculated sum of thermal enthalpies using the Gaussian M06-2x/6-31+g (d,p) Level of Theory for all target fluorinated ethanol’s, their radicals, and for reference species has also been used (Figure 1).

Figure 1: Calculated the Number of fluorine atoms per molecules.

The Gauss view software has been used along with gaussian output files to provide a picture of the Gaussian M06-2x/6-31+g (d,p) optimized structure for each molecule in this study (Table 4).

The cartesian coordinates for target tri-, tetra-, and penta- fluorinated ethanol’s and their related radical’s at the Gaussian m062x/6-31+g (d,p) level of theory are listed in Table 5.

Table 5. Cartesian coordinates in angstroms for target fluorinated ethanol and their related radical’s geometries at the m062x/6-31+g (d,p) level of theory.

The thermochemical properties: the O—H, secondary methyl C—H, and ethyl C-H Bond Dissociation Energies (BDEs), and standard enthalpy of formation (298 K) values has been calculated for tri-, tetra-, and penta- fluorinated Ethanol’s and their related radicals: CH3CH2-xFxOH, CH3-xFxCH2-xFxOH, and CH2-xFxCH2OH