Epidemiology of Childhood Fractures at a Ghanaian Teaching Hospital 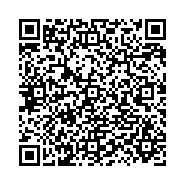 Introduction: Paediatric fractures are extremely common worldwide largely because of peculiarities of the growing skeleton. There isn’t much known of the epidemiology of childhood fractures in sub-Saharan Africa. This study describes the childhood fractures seen and managed at a teaching hospital in Ghana.

Method: A prospective study of all children who presented with fractures at the Cape Coast Teaching Hospital (CCTH) which is the largest referral centre in the central region of Ghana. 182 children were seen with fractures in the 12 month period of the study and variables of age, gender, fracture type, fracture characteristics, mechanism and place of injury were evaluated using SPSS version 21.

Conclusion: A lot can be done to prevent fractures in children in developing countries. Education of parents and caregivers on ways to prevent injurious falls in children at home or on the playground will go a long way in reducing the number of fractures seen. Improved road safety and better settlement planning will minimize the high energy injuries resulting from road traffic accidents.

It Fractures are extremely common in the paediatric age group representing a major public health problem [1]. As much as a third of children may sustain a fracture by the time they reach 17 years with fractures being commoner in boys than girls [2]. Most children with fractures are usually normal but some genetic, endocrine or systemic diseases affecting bone metabolism may put them at risk for sustaining fractures [3-5].

Paediatric fractures differ from those in adults because of the unique characteristics of the growing bone. Trauma-related childhood fractures cause significant morbidity and mortality, disability and a major socioeconomic burden especially in poorer parts of the world where orthopaedic surgeons may not be readily accessible or available. Traditional bone setters are responsible for fracture care and sometimes untoward consequences may follow inappropriate treatment and devastating consequences like eventual amputation following innocuous injuries have been recorded [6-8],

Between the ages of 9-14 years, accidents are the leading cause of deaths worldwide with most of these deaths occurring in low and middle-income countries (LMICs) [9-10].

Data on pediatric fractures is scarce in the West African sub region and in the developing world in general. The exact burden of fractures is unknown in our environment. This study describes the epidemiological characteristics of fractures in the pediatrics age group at a teaching hospital.

The study is a hospital-based prospective cross-sectional study capturing data on all pediatric fractures from age 0-16 years. All patients who had any specific pathology known to affect bone and mineral metabolism and any specific treatments known to affect bone and mineral metabolism were excluded. The study site is the Cape Coast Teaching Hospital, a major referral centre based in the Central Region of Ghana. This study was conducted from September 2018 to August 2019.

Patient’s data were collected on a questionnaire which gathers data from the electronic data system being used by the hospital which details the clinical history and examination findings. Patients were recruited from the accident and emergency unit of the hospital, the pediatric ward and the orthopaedic outpatients’ clinic.

We present data analysed with SPSS version 21 and Microsoft Excel version 10 on 182 patients. Regarding mechanism of injury, falls constitute 50% of the cases with road traffic accidents (RTA) making up 31.9%, athletics 7% and fights accounting for 1% (Figure 3). Some 57.1% reported to the accident and emergency unit without being referred in from other health facilities; 42.9% came in with referral letters to our facility (Figure 5). Comparison analysis between age and injury patterns shows that all other pediatrics fractures highlighted in this study except for humeral fractures have an increased likelihood of occurrence once children are at least 3 years but there is no statistical significance (p-values of 0.777; 0.493; 0.823 and 0.836 for forearm, femoral, tibia/fibula and hand injuries respectively).

Chi-square analysis also shows that males are more likely to be injured across all the fracture patterns looked at in this study compared to females; this observation is insignificant statistically (p-values more than 0.05 for all the injury patterns looked at).

Also, regarding the gender differences in fracture occurrence, male children showed the greater preponderance even as they move up the age groups compared to their female counterparts.

Looking at the mechanism of injury and place of injury, most of the falls were recorded in the domestic setting.

Our study shows that 7 out of every 10 fractures occurred in boys. The preponderance of childhood fractures in boys has been replicated in other studies and has been attributed to differences in activity levels between boys and girls [2,11,12]. We found that infants comprise a relatively small percentage (3.8%) of the pediatric population seen with fractures and this is consistent with findings from other parts of the world [11,12].

The commonest mechanism of fractures was “falls” which accounted for 50% of all fractures. In most parts of the world, a fall is the most common cause of a fracture in a child but in a similar study in the sub region [1,12], Nwadinigwe found road traffic accidents to be the most common proximate cause in their work [13]. Falls on the playground, tripping over furniture, falling into open drains and other domestic incidents are usually low energy injuries but because of the peculiarities of the growing skeleton, it is not uncommon to have fractures following these seemingly “minor” incidents.

High energy injuries with associated fractures resulting from RTA’s were responsible for 32% of the fractures in our study. In LMICs RTA’s are on the increase and most fatalities from these high energy injuries occur in these countries and children are not exempt from the devastating consequences of such a trend [14]. In a Nigerian study, RTA’s were the commonest cause of fractures in the pediatrics age group. The high proportion of fractures due to RTA’s in the pediatrics population compared to other parts of the world are due to many and varied reasons [13,14]. Highways snake through human settlements where houses border the shoulders of roads and economic activities like hawking, loading/off-loading of passengers occur without any formal designation and children are particularly vulnerable while playing by the roadside or attempting to cross the road. Poor regulatory practices surrounding transportation and driving also contribute in no small way to the increased frequency of accidents on our highways.

The domestic environment has been found to be the place where most of these paediatric fractures occur (44.5% of cases). This is supported by studies from Europe and Asia which concur with this [2,11-13,15]. Homes are generally not “child-proofed” in this part of the world and opportunities for the occurrence of untoward events in the home environment abound. Falls in schools, which are not designed primarily to prevent injuries accounted for 15.3% of the fractures.

Upper extremity injuries are common in the pediatric population as has been reported worldwide [11-13,15,16]. Our study results corroborates this finding as 57% of the fractures we saw occurred in the upper limb. This is explained by the tendency to fall on the outstretched arm while trying to break a fall.

The right hand is dominant in some 70-90% of the general population. It has been predicted that the non-dominant side is more likely to be injured in children. Right extremity injuries have been found to be the commoner in our study and by extension right sided upper extremity injuries. Bhardwaj found the opposite to be true in their study in which left sided injuries dominated [11].

Majority of the fractures seen were of the closed type. This is consistent with a similar subregional study done at the National Orthopaedic Hospital at Enugu by Nwadinigwe Open fractures were considerably higher in our study (11.5%) because of the relatively high incidence of road traffic accidents leading to fractures in our environment [13].

Conservative management remains the most popular treatment for managing paediatric fractures. As much as 92.3% were managed non-operatively whiles 7.7% had some surgical intervention such as percutaneous pinning.

Fractures are common sequelae of pediatric trauma. Understanding the common types of fractures and the environmental/ societal factors that lead to these injuries is pivotal to attempting to abolish or ameliorate their occurrence. Falls and road traffic accidents are the chief culprits which with better preventative practices can be reduced to a bare minimum.

In the long term, our socioeconomic status has to improve to the point where homes and schools are not just set up as places that satisfy the minimum requirements for habitation but are also designed to be child-friendly with in-built features which minimize the potential for injuries in children. Our roads and the settlements that border them have to be made safer by enactment of policies or enforcement of existing laws which will reduce the possibility of contact between high speed traffic and children which will in the long run lead to a significant reduction in the cases of fractures due to road traffic accidents.

In the short-term, concerted efforts must be made at educating the populace on strategies to prevent road traffic accidents, the need for more supervision during sports or activities on the playground by teachers and care-givers and measures to make the home environment safer.