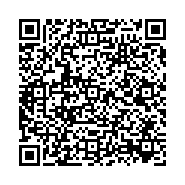 This study was conducted to evaluate adaptogenic activity of ethanolic extract of leaves of Borago officinalis in rats and mice. The present study was carried out to investigate the influence of forced swimming endurance stress on swimming endurance time, organ weights and biochemical parameters in rats and anoxic tolerance test in mice. These activities are tested at oral doses of extract at 50 and 100 mg/kg. Pretreatment with extract significantly ameliorated the stress induced variations in these biochemical parameters - serum glucose, triglycerides, cholesterol, BUN and cortisol levels and organ weights in these stress models. The extract treated animals also showed increased swimming endurance time in rats and anoxic tolerance duration in mice. This ability of BO to prolong the swimming time and ameliorate the stress induced changes in both stress models, therefore suggests adaptogenic property.

The term “adaptogen” was created by the Russians to describe a group of natural substances that have certain special qualities. They are substances that help the human body adapt to conditions of internal and external stress and resist situations of stress that would normally have a negative effect on its functioning. They also help the body to achieve an ideal balance of internal energies [1]. The action of an adaptogen has to be non specific that is to say resistance to a wide variety of action of harmful factors, whether of a physical, chemical or a biological nature [2]. Stress basically is a reaction of mind and body against change in the homeostasis. The productive stress is called Eustress while harmful stress is called Distress. If the stress is extreme, the homeostatic mechanisms of the organism become deficit and the survival of the organism is threatened. Under these conditions, stress triggers a wide range of body changes called General Adaptation Syndrome (GAS) [3]. The plant Borago officinalis (B.officinalis L.) family Boraginaceae, also known as “Star flower” is an annual herb originating in Syria, but naturalized throughtout the Mediterranean region, as well as Asia, Europe, North Africa and South America. In unani system of medicine the plant is very popular as Gaozaban. Naturopathic practitioners use borage for regulation of metabolism and the hormonal system [4]. In olden days it is used as nerve tonic as a treatment for depression, anxiety and grief. Leaves have been used as an adrenal tonic to counter the effects of steroid therapy. It also restores vitality during convalescence from illness [5,6]. It was reported that ethanolic extract of defatted B.officinalis seeds possess phenolic acids, antioxidant and free radical scavenging activity [7,8].

All the chemicals used were of the analytical grade. Kits for the examination of serum cholesterol, triglycerides, BUN, corticosterone and glucose were purchased from SPAN Diagnostics Kits Ltd.

The leaves of B.officinalis was collected from Unani medical store, Hyderabad and authenticated by Pharmacognosy expert, S.U.C.P college, Hyderabad. The leaves were shade dried and powdered and extracted with 95 % ethanol for 48 hrs in soxhlet apparatus.The extracts were filtered and concentrated in vacuum under reduced pressure using rotary flash evaporator. A suspension was prepared using distilled water containing 1% (w/v) carboxymethyl cellulose (CMC).

B.officinalis ethanolic extract at different doses (50-2000 mg/kg) was administered orally to mice and rats with the help of a specially designed oral needle connected to a polythene tube. As per CPCSEA guidelines, the animals were observed for 48 hrs study period (Short term toxicity) for any mortality and the extract was found to be safe upto 2000 mg/kg. The doses selected were 50 and 100 mg/kg. The experimental protocol got approval from the Institutional Animal Ethics Committee (IAEC/SUCP/05/2007).

Rats of either sex (200-250 g) were used for forced swim endurance stress. Group I rats received 0.1% CMC in saline; (vehicle control). Group II mice were treated with 0.1% CMC in saline and stress; (negative control). Group III rats were treated with Withania Somnifera (100 mg/kg) and stress; (positive control). Group IV and V rats were treated with ethanolic extract at 50 and100 mg/kg, p.o. and stress. The rats were subjected to swimming stress by keeping them in propylene tank of dimension (37Χ37Χ30 cm), filled with water to a height of 25 cm. Extracts were given to rats, once daily for period of 7 days. On 8th day the rats were allowed to swim till complete exhaustion and the endpoint was taken when the animal started drowning. The mean swimming time for each group was calculated. Then animals were killed and blood was collected by cardiac puncture to estimate biochemical parameters like serum glucose, triglycerides, cholesterol, BUN and cortisols. The weights of organs such as liver, adrenals, spleen were recorded after washing with alcohol [9-12].

Mice of either sex were divided randomly into 5 groups, each group containing 6 mice. Group I mice received 0.1% CMC in saline; (vehicle control). Group II mice were treated with Withania somnifera (100 mg/kg, p.o.); Group III and IV rats were treated with ethanolic extract at doses of 50 and 100 mg/kg, p.o. and stress. The drug treatment was carried out daily for a period of 7 days. At the end of drug treatment, the animals were exposed to the anoxia stress and anoxia tolerance time was noted. Hermetic vessel of one litre air capacity was used to induce anoxia stress. Each animal was kept in the hermetic vessel and the time to show the first sign of convulsion was noted, and were immediately removed from the vessel and resuscitated if needed [9,13].

All the values are expresses as mean ± SEM and data was analyzed by one-way ANOVA, using Graphpad INSTAT. The post-hock analysis was carried out by Dunnet’s multiple comparison tests to estimate the significance of difference between individual groups.

Adaptogens are the substances meant to put the organs into a state of non-specific heightenedresistance in order to resist stressor better and adapt to extraordinary challengers. They normalize body functions, strengthen systems and functions that are compromised by stress and have a protective effect against a wide variety of environmental and emotional stress. The forced swimming is the most widely used method for assessing the anti-stress property of a novel compound. This paradigm is based on the observation that animals when forced to swim in water eventually assumed a characteristic immobile posture, devoid of any activity. The appearance of immobility therefore, reflects a state of tiredness, fatigue, reduced stamina with the end point being the moment when the mice could not swim further and started drowning. The increased swimming time has been observed in mice, pre-treated with B.officinalis with enhanced physical performance significantly longer than untreated (control) group and thus confirming its adaptogenic nature. In response to stress, ACTH is released, which acts on the adrenal cortex to stimulate the synthesis and release of cortisol [14]. Table 3: Effect of ethanolic extract of B. officinalis on Anoxic tolerance test in mice

Increased plasma cortisol influences the mobilization of stored fat and carbohydrate reserve [15] which inturn increases blood glucose level. The increased cortisols levels are reversed by antistress agents [15]. B.officinalis significantly decreased the stress induced elevated levels of cortisol and blood glucose levels. The reference drug in this study, Withania somnifera, also produced similar results. The marked increase in serum cholesterol, triglycerides and BUN levels in stress induced animals is due to stimulation of Hypothalamic-pituitary axis (HPA) and sympathetic system resulting in liberation catecholamines and glucocorticoids, which inhibit the immune system at multiple sites like liver, kidney [16]. B.officinalis as well as standard drug Withania somnifera significantly (p<0.05) reduced the serum cholesterol, BUN and triglycerides which may be due to inhibition of stimulation of sympathetic nervous system. The increase in weight of adrenals in stressed animals is due to the stress induced adrenomedullary response leading to increased production of corticotrophic hormone that leads to increase in weight of adrenals [17]. B.officinalis and Withania somnifera significantly (p<0.05)reduced the liver, adrenal gland weight, this may due to reversal of stress induced adrenomedullary response and hence decreased production of corticotropic hormone. The decrease in weight of spleen may be due to recruitment of lymphocytes to blood from spleen, which results from squeezing of spleen [18]. Pretreatment with B.officinalis and reference standard Withania somnifera significantly (p<0.05) increased the spleen weight. This may be due to inhibition of recruitment of lymphocytes to blood from spleen. Anoxia is a very severe stressor. All the body functions including cellular respiration depend on oxygen supply to them. Any lack of this vital element plays havoc on all body mechanism. Increase in adaptation during this stress by any drug could be considered as its major antistress effect. The results of the study shown that the B.officinalis significantly prolonged the meantime to convulsion,which therefore confirm its antistress property. Prolongation of meantime to convulsion could be as a result of its powerful antioxidant and free redical scavenging activities. A variety of biological activities including adaptogenic activity were reported with flavanoids, tannins and Phenolic glycosides [18]. The adaptogenic activity may be due to these constituents, whereas standard drug Withania somnifera An established adaptogenic drug too contains glycosides, steroids and flavanoids [18]. Phytochemical constituents like Phytosterols, Saponins, Phenols, Tannins and Flavanoids have been reported to be present in the ethanolic leaf extracts of B.officinalis. The adaptogenic activity of B.officinalis is mainly attributed to these constituents with established antioxidant activity. The mean increase in duration of anoxic stress tolerance was noted. ap<0.05 significant as compared to control. Statistical test employed is Anova followed by Tukeys test.

In conclusion, present results suggest that administration of B.officinalis is capable of increasing the capacity to tolerate non specific stress in experimental animals as evident from the restoration, of a large number of parameters studied during different types of stress and acts as an adaptogenic agent.