Evaluation the Effect of Vitamin E on Treatment of Premenstrual Syndrome: A Clinical Randomized Trial 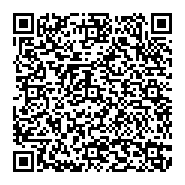 Premenstrual syndrome (PMS) is a regularly appearance some symptoms in luteal phase of menstration. The purpose of this study is, evaluation the effect of vitamin E on treatment this syndrome. Two hundred girls who had moderate and severe form of premenstrual syndrome, selected randomly and divided in two groups, First group received 100 mg Vitamin E daily; second group received daily one tablet of placebo for three months. Also they check list of symptoms during use of drug. Data analysed by SPSS, and severity of symptoms compare before & after intervention in each group, and after treatment in two groups. Severity of physical, mental, physical and mental symptoms in patients who receive Vit E and placebo were reduced (p< 0.05). Vit E and placebo are effective on PMS

Premenstrual syndrome (PMS) is collection of somatic and psychological symptoms that appearance during luteal phase of menstrual cycle and improvement after 4-5 days after start of menstruation [1-4]. The most common symptoms include breast tenderness, headache, backache, lack of energy, clumsiness, tension, anxiety, irritability, depression, food craving, bloating and changes in sexual drive [3,5,6]. Approximately prevalence of this syndrome in women in reproductive age is 80%, 3- 9 % of them experience the sever form of this syndrome [7,8]. In addition the negative effect of these symptom on quality of life may be significant [9] . Boghrat is Iranian scientist who defined these symptoms before menstruation [10] and at first time PMS was described by Frank and Horney in 1931 [9,11] . Many strategies for treatment of PMS have been proposed, the usual treatment for mild form of PMS are : education, supportive counselling [12] and general self-care measures such as increase and adoption of a helpful diet. And treatments for severe form of PMS are use fluoxetine, anxiolytic drug alprazolam, oral contraceptive, nonsteroidal anti-inflammatory drugs, spirnolactone, gonadotropin – releasing hormone agonists [7]. Vitamins such as, Vit B6 is a factor in the final stages of serotonin & dopamine synthesis [13]. Many studies suggested beneficial effect of Vit B6 on treatment PMS [10,14].Previous researcher demonstrate ,Vit E , have significant improve on physical symptoms of PMS. Women with PMS don’t have biochemically deficient in Vit E, and their plasma vitamin levels are not lower than women without PMS [7]. According previous studies, they assay only physical symptom or emotional symptom or some prevalent symptoms so we want to assay the effect it in physical symptoms, emotional symptoms and PMS symptoms. This study was done to compare the effect of VitE and placebo on treatment of PMS in Islamic azad university sari branch, 2012.

Ethical clearance was obtained by the ethical committee of the hospital. After getting written informed consent from This study was a double blind clinical trial study for assay the effect of Vit E on treatment PMS. In our study, all girl students of Islamic azad university sari branch; according inclusion and exclusion criteria, entered in our study. They filled questionnaire (rosignol bonlender check list) for three months to assay PMS. This questionnaire was standard check list for assay severity of PMS, so the validity and reliability of this questionnaire had demonstrated previously. The inclusion criteria were: single girls, age between 18-30 years old, have regular menstruation ,duration of cycle between 21-35 days and have moderate and sever form of premenstrual syndrome according rosignol bonlender check list, also, The exclusion criteria were: breast feeding, use of hormonal contraceptive, have a history of psycho logic disease such as depression, accrue traumatic problem during last 2 months, use of drug such as anti-depression ,herbal medicine during six months ago. According rosignol bonlender check list, if mean of physical and mental symptoms, during three months were ≥ 17, the form of PMS was moderate and severe. Two hundred girls who had moderate and severe form of premenstrual syndrome, selected randomly and divided in two groups, randomly. According to α=0.2, p=0.433, b=0.2 and p=0.05, 31 girls enter in each group, but for presentation of release samples, we decided to enter forty girls in each group. First group received 100 mg/ day Vit E (that produced by the osveh pharmacy-Iran), for three cycles, second group received one tablet of placebo( starch tablet, that produced by razi hospital pharmacy-Iran) every day, for three months. Also they filled check list during use of drugs. Duration of fill the questionnaire and collection the data was between March and October 2012. We had visited samples once a month for giving drug to them and check the questionnaires, to confidence if they fill it correct or not. Finally severity of physical symptoms, mental symptoms, physical and mental symptoms after receiving drug compared with before treatment. This clinical trial was accepted by the ethical committee of the Islamic azad university sari branch and consent form was signed by the patients. We had used SPSS version 11, for analysis. We had used independed T test and manwitny U test regarding matching of groups for quantitative & qualitative variables, respectively. Wilcocxon test had used for comparing severity of symptoms before and after treatment in each group. manwitny U test had used for comparing severity of symptom after treatment in two groups. (the registration number of this study: IRCT2012123010705N1).

PMS is syclic symptoms that appears in luteal phase , and repeated monthly, and if sever form of PMS appear, it can interfere with some aspect of lifestyle. About 25% -50% of young women suffer this syndrome [15] . According to similar studies , many confounding variables can effect on PMS such as : age ,BMI , marriage statuse , field of education and level of education so we matched groups along these variables.

In group that treated with Vit E, significant effects were seen regarding their physical, mental symptom, and their physical & mental symptoms. A single – blind trial reported, treatment PMS with 400 IU/day can improve physical symptoms. Poormohsen reported more than 50% of women with PMS who used Vit E pulse calcium , the severity of their symptom were reduced [14] . In poormohsen s study; they used calcium and VitE together, and they didn’t determine exactly which one is effective. It was better they designed their study cross over. In this study, symptoms were improvement in group that received placebo, that probably due to mental effect of using drug. In this study we assay collection of physical and social symptoms. It was better we assay each symptom (such as: depression, anxiety, headache) before and after treatment. We suggest to do a study in future to comparison herbal medicine with current treatment. Also we used starch tablet in control group, on the other hand carbohydrate has benefit effect on improvement of PMS and it is better to use amphoter powder as a placebo.

We appreciate of all people who contribute to complete this study.