Exploration of Bacillus subtilis as Cell Factory For Amorphadiene Production 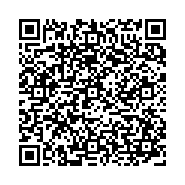 In this study, metabolic engineering strategies and fermentation optimizations were applied to improve the production of amorphadiene. The former includes increasing precursor supply and enhancing expression of heterologous Amorphadiene Synthase (ADS) in B. subtilis, and the latter explored the effects of different medium components as well as the culture conditions on amorphadiene production.

Terpenoids, as a large and diverse class of natural products, have traditionally been used in food, cosmetic, chemical and pharmaceutical industrial fields thanks to their versatile bioactivities[1,2]. Low extraction efficiency from native plants as well as complex chemical synthesis at high cost make it difficult to produce terpenoids on a large scale to satisfy the increasing demands for human use. Fortunately, the burgeoning field of biotechnology facilitates the biosynthesis of terpenoids by developing microbial cell factories, which possess the advantages of being environmentally friendly and cheap[3,4]. In recent decades, Bacillus subtilis has been reported to be a high isoprene producer by its endogenous 2-C-Methyl-D-Erythritol 4-Phosphate (MEP) pathway to produce basic C5 terpenoid building blocks, Isopentenyl Pyrophosphate (IPP) and Dimethylallyl Pyrophosphate (DMAPP). Numerous efforts have been made to explore its potential for high terpenoids’ production[5,6] (Figure 1A). As reported in the issue of New Biotechnology, Pramastya et al. successfully constructed and engineered a B. subtilis strain, which enabled producing 416mg/L of amorphadiene, the critical intermediate of antimalarial drug artemisinin, after 48 hrs fermentation at shake flask scale.

To release the bottlenecks within the precursor synthesis pathway, previous studies mainly focused on overexpression of the rate-liming enzymes of the MEP pathway individually, which has attained some improvement on terpenoids’ production[6].However, Pramastya and his colleagues embarked on the challenge to introduce the entire MEP pathway (Dxs, IspC, IspD, IspE, IspF, IspG and IspH) and the downstream Farnesyl Pyrophosphate Synthase (IspA) as an operon into B. subtilis by the plasmid construct p04SDFHCEGA(Figure 1B). Remarkably, an approximately 4-fold (from 0.78mg/L/OD to 2.74mg/L/OD) increase in amorphadiene production level was observed compared to the parent strain, which could primarily be attributes to the two advantages.

Figure 1: Biosynthesis pathway of amorphadiene in Bacillus subtilis. 1A. Scheme of 2-C-Methyl-D-erythritol 4-phosphate (MEP) in B. subtilis. 1B. Scheme of plasmids with MEP pathway enzymes and IspA, the operon is under the control of xylose inducible promoter PxylA. 1C. Expression cassette of Amorphadiene Synthase (ADS). Green Fluorescent Protein (GFP) was fused with ADS at the N-terminus under the IPTG inducible promoter Phyperspank and followed by farneysl pyrophosphate synthase from Saccharomyces cerevisiae (Scfpps) as an operon at the amyE locus of the B. subtilis genome.

First, the transcription levels of the eight genes from this large plasmid were nearly similar irrespective of their positions in the operon, indicating the effectiveness and stability of the single promoter controlled operon, as demonstrated by the real-time quantitative PCR analysis. Second, this theta replicating plasmid construct was segregationally stable, with 90% retention even after 40th generation in antibiotic-free conditions. This is consistent with the previous studies, which also achieved highly improved production of squalene, carotenoids and taxadiene by employing p04SDFHCEGA in B. subtilis[7-9]. The authors further integrated an extra copy of farnesyl pyrophosphate synthase originated from Saccharomyces cerevisiae (Scfpps), which has been confirmed to be more efficient than inherent IspA, into the genome of B. subtilis to catalyze the formation of more FPP and this resulted in enhanced production of amorphadiene, reaching from 35.25mg/L to 42.50mg/L.

Heterologous expression of eukaryotic proteins in prokaryotic cells might be troublesome in some cases. Multiple strategies have been investigated to solve this problem, for instance, decreasing growth temperature of host strains, introducing specific native or artificial synthetic N-terminal coding sequences/ peptide tags, fusing partner proteins as well as co-overexpressing chaperones[9-13]. The plant-derived ADS also displayed low solubility levels when expressed in B. subtilis. A key feature of this study is the fusion of codon-optimized Green Fluorescent Protein (GFP) at the N-terminus of ADS as a fusion partner aiming at increasing the translation efficiency and thus protein expression of ADS (Figure 1C). This successfully increased two-fold (from 0.35mg/L/OD to 0.78mg/L/OD) of the amorphadiene yield, meanwhile, the GFP fluorescence served as an indicator for the ADS expression. However, GFP fusion sometimes might interfere with the catalytic activity of the fused terpene synthase, thus failing to improve the target terpenoid production[14]. The underlying mechanism remains unelucidated. Nevertheless, the utilization of this approach expands the candidate profile of fusion protein partners, and is highly appreciated in future exploration and applications to improve the solubility of other difficult-to-express proteins in bacteria.

The optimized fermentation process is an important step to maximize the yields of desired products[15]. Each strain requires a specific fermentation medium and process. Fractional factorial design was employed to systematically investigate the effects of carbon source, substrate of MEP pathway, buffer, monovalent and divalent ions. As identified by Pramastya et al., K2HPO4 and pyruvate were two predominant factors that positively influence amorphadiene production in B. subtilis. K2HPO4 not only acts as the buffer adjusting the medium pH, but also as a critical component for the biosynthesis of nucleic acids and phospholipids of the microbial cell membranes. Pyruvate and Glyceraldhyde-3-Phophate (G3P) are the starting precursors of the MEP pathway, while insufficient supply of each component may limit the efficiency of isoprene formation[15,16].

Providing more pyruvate in the medium facilitated balancing the ratio of intracellular pyruvate and G3P, which was reported to be a pivotal requirement for the precursor synthesis, and tremendously boosted amorphadiene production. It was observed that under those conditions a high amount of amorphadiene is found extracellularly, but the mechanism of transport across the B. subtilis cell envelop still has to be explored. Authors propose a promising direction and strategy to investigate the mechanism of amorphadiene transport, which could lead to further improvements in the yields of extracellular amorphadiene. In conclusion, attempts in genetically engineering the host strain and in optimizing the fermentation process have provided more detailed insights into boosting B. subtilis potential in producing high-levels of amorphadiene, and this could serve as a universal strategy towards constructing bacterial overproducers to biosynthesize terpenoids.