Fermentation Process and Its Effects in the Field of Food Technology 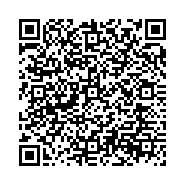 Fermentation is a metabolic process that involves the action of enzymes to produce chemical changes in organic substrates. It is specifically described in biochemistry as the process of obtaining energy from carbohydrates without the presence of oxygen. It may more broadly refer to any method used in food production when the action of microbes results in a desired modification to a food or beverage. The field of zymology studies fermentation. Anaerobic breakdown of organic nutrients occurs during fermentation, which is the main process by which bacteria produce Adenosine Triphosphate (ATP).

Since the Neolithic era, humans have employed fermentation to produce fermented foods and drinks. For instance, fermentation is used to preserve food by producing the lactic acid that is present in sour foods like pickled cucumbers, kombucha, kamahi, and yoghurt. It is also used to produce alcoholic beverages like wine and beer. The process of employing microbes to produce chemicals, biofuels, enzymes, proteins and medications on a big scale is known as industrial fermentation. All animals, including humans, have digestive systems that undergo fermentation. The process of fermentation can be used to release energy from molecules along with aerobic respiration. The only technique used by both bacteria and eukaryotes is this one. As a result, it is regarded as the earliest metabolic pathway, ideal for primordial settings, that is, environments that existed before plant life on earth and before atmospheric oxygen. A type of fungus known as yeast may be found practically anywhere that bacteria can survive, including the skin of fruits, the intestines of insects and mammals, and the deep ocean. Yeasts transform compounds rich in sugar to produce ethanol and carbon dioxide. In a variety of environments, including freshwater sediments, sewage digesters and the rumens of cattle, fermentative bacteria are crucial to the production of methane. In addition to carboxylic acids, they also produce hydrogen, carbon dioxide, formate and acetate. The carbon dioxide and acetate are then converted to methane by microbial communities. Acetogenic bacteria oxidize the acids to produce hydrogen or formate as well as additional acetate. Acetate is finally converted to methane by methanogens. One glucose molecule is split into two ethanol molecules and two carbon dioxide molecules during the fermentation of ethanol. The carbon dioxide produces bubbles that cause the dough to expand into foam, which is how bread dough is made to rise. Alcoholic beverages including wine, beer and liquor all contain ethanol, which makes people feel drunk. Ethanol is created through the fermentation of feedstock’s such sugarcane, maize and sugar beets and is then mixed with gasoline. It supplies energy to some fish species, such as goldfish and carp, when oxygen is in little supply. The process of fermentation can be utilized to develop different protein sources. For instance, fermentation is used to produce foods with plant based proteins like tempeh. In vitro grown meat products can also be produced by fermentation using non-living materials. Fermentation can be used to produce a variety of food products using proteins, including milk, eggs, honey, cheese, ice cream and cheese. Milk replacements are substances that resemble milk and are produced by fermentation. Cheese analogues and egg substitutes are terms used to describe substances that resemble one another. Enzyme synthesis, which involves the production and secretion of proteins having catalytic activity by microbes, is a common use for industrial fermentation. The commercialization of several enzymes has been made possible by the advancement of fermentation techniques, microbial strain engineering and recombinant gene technology. The food, beverage, baking, animal feed, detergents, textile, personal care and pulp and paper industries are just a few of the industries that use enzymes. All the components are blended in a batch procedure and the reactions take place without any additional input. Batch fermentation has been used for thousands of years to produce bread and alcoholic beverages and it is still a popular technique, particularly when the procedure is not well understood.