#These authors are regarded as co-first author 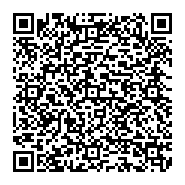 Atrial fibrillation (AF) is a common type of arrhythmia that results from considerably different pathophysiological processes in the atria [1]. AF is consistently associated with increased mortality and morbidity in critically-ill patients [2], which also can contribute to an increased risk of stroke, heart failure, dementia and death [3]. It has been reported that the prevalence of AF increases with age, affecting 0.4%-1% in the general population and 9% in the individuals aged over 80 years [4]. Many risk factors can promote the development of AF, including advanced age, obesity, hypertension, valvular heart disease, heart failure as well as hyperthyroidism [5]. Interestingly, there are some results suggesting that ischemic injury during open-heart surgery may be a therapeutic target for a reduced risk of AF due to its significant role in the development of AF after cardiac surgery [6]. Recently, antiarrhythmic medications have been a mainstay in the treatment of AF, which can reduce the frequency as well as duration of arrhythmia episodes and the hospitalizations and mortality AF [7].

Fluvastatin is a common kind of statins that has been already established as a secondary prevention for atherosclerotic coronary artery disease [8]. Statins have been one of the most impactful treatments to reduce the incidence rate of cardiovascular disease across the world for a few years, which is also potentially beneficial to decrease the risk of AF in patients with sinus rhythm [9,10]. Due to good safety and cost reduction of statins, it functions as direct anti-arrhythmic or anti-inflammatory drugs in the future [11]. Benazepril is a kind of angiotensin converting enzyme (ACE) inhibitor which is favorable to pharmacodynamics as well as pharmacokinetic properties and exhibits good tolerability and antihypertensive effects [12]. Although ACE inhibitor is not an anti-arrhythmia drug, it can prevent the synthesis of angiotensin II from angiotensin [13]. It has been reported that patients who were treated with ACE inhibitors eventually required fewer defibrillation experiments for successful cardio version than those receiving other treatments [14]. Collectively, we hypothesize that fluvastatin combined with benazepril in the treatment of atrial fibrillation can have good curative effect. Therefore, this study explores the effect of fluvastatin with benazepril in the treatment of atrial fibrillation in comparison with single use of fluvastatin for the treatment of AF, in order to find out better drug therapy to treat atrial fibrillation.

A total of 92 patients diagnosed with AF were admitted to the First Affiliated Hospital of Harbin Medical University between August 2013 and February 2014, including 48 male and 44 female, with a mean age of 63.67 ± 10.30 years. Inclusion criteria: The diagnosis of AF was made based on electrocardiogram and dynamic electrocardiogram; no renal insufficiency and renal artery stenosis, or hyperkalemia as contraindications of angiotensin-converting enzyme inhibitor (ACEI) drugs; patients are informed consent and willing to take part in the clinical observation and follow up. Exclusion criteria: Congenital heart disease and rheumatic heart disease; LVEF <40%; hyperthyroidism; severe valvular disease, such as severe mitral insufficiency and over moderate aortic valve insufficiency; chronic inflammatory diseases or connective tissue diseases, including chronic obstructive pulmonary disease and rheumatoid arthritis; experienced acute infection, hemorrhage in any tissue or organ, trauma and surgery within 3 months; major organ failure, such as lung, liver and kidney failure; allergic to ACEI and statins; All experimental procedures were conducted following the medical ethics standard and approved by the Institutional Review Board/Ethics Committee of XXX. Written informed consent was obtained for all patient samples.

Data were analyzed using the statistical package for the social sciences (SPSS) version 21.0 (SPSS Inc.; Chicago, IL, USA). Continuous data were displayed as mean ± standard deviation, and the differences between two groups were analyzed by t test. Categorical data were expressed as ratio or percentage and Chi-square test was conducted. P < 0.05 was regarded as statistically significant.

A total of 92 AF patients underwent the treatment, with 63 cases of persistent AF and 29 cases of paroxysmal AF. All the subjects in the case group (n=46) and control group (n=46) exhibited no significant difference regarding age, gender, body mass index (BMI), course of disease, smoking and other diseases like hypertension, diabetes, coronary, and hyperlipidemia, persistent AF ratio as well as paroxysmal AF ratio (all P>0.05) (Table 1).

Table 1. Clinical information of the patients in the case group and control group.

Table 2. Efficacy conditions of the patients in the case group and control group.

Table 3. The cardiac ultrasonic changes of patients in the case group and control group.

Table 4. hs-CRP, renin, AngII, IL-6 and TNF-a of the patients in the case group and control group.

Table 5. Biochemical indexes of the patients in the case group and control group.

AF is the most common sustained cardiac arrhythmia. Current treatments for this disease are various and performed depending on specific situations, such as symptom severity and age of the patient [15]. Among those, antiarrhythmic and rate control pharmacotherapy is one of the most effective ways that aims at maintaining and restoring sinus rhythm [16]. Through observing the clinical efficacy of the therapy combining fluvastatin and benazepril, our study is committed to identify new potential way that may promote the treatment of AF. It was shown in our study that, compared with the fluvastatin monotherapy, the combination therapy of fluvastatin and benazepril was more productive in enhancing Sinus converting rate, reducing the left atrial diameter, and bring down the level of serum hs-CRP, renin, AngÃ¢ÂÂ¡, IL-6, TNF-a. It has a pivotal clinical significance for ameliorating the life quality and prognosis of patients suffering from AF.

Our finding illustrated that the therapy combining fluvastatin and benazepril was apparently superior to the fluvastatin monotherapy in improving the sinus converting rate. The pathophysiology of AF is complex, but recent study suggested that an array of factors participate in its development, including the tissue mechanisms that maintain the arrhythmia, ion channel and transporter abnormalities that lead to ectopic impulse formation, electric and structural remodeling, atrial and ventricular dysfunction and the atrial thromboembolism [17]. The activation of renin-angiotensin system (RAS) leads to calcium overload and fibrosis of atrial muscle, which usually serve as contributors for atrial electrical remodeling [18,19]. Benazepril, belonging to ACEI, can limit or prevent the progressive atrial structural remodeling induced by AF via reversing left atrial dilatation and reducing atrial fibrosis and accumulation of extracellular matrix [20] Fluvastatin, belonging to statins, was significantly associated with a decreased rate of AF with the ability to influence atrial remodeling and electrical remodeling [8]. Statins can decrease the prevalence of AF in coronary artery disease by improving endothelial nitric oxide (NO) availability and reducing oxidative stress as well as inflammation [21]. The fact that statins can inhibit the activation of HMG-CoA reductase inhibitors and also result in the reduction of cholesterol synthesis and resistance to energy metabolism, which collectively affect the myocardial systolic and atrial pressure load [22,23]. Similarly, Kumagai et al. demonstrated that statin therapy can improve vascular endothelial function and inhabit platelet aggregation, which collectively prevent thromboembolism in patients, promote the formation of collagen tissue and the stability of fibrous cap and plaque, and further cut down on AF-related complication [24].

Interestingly, our finding also demonstrated that the renin, Ang II, TG, TG and LDL-C in the case group was lower than that in the control group, while the HDL-C was higher than control group, which kept consistent with the result of study by Piero et al. where fluvastatin reduced total LDL-C and apolipoprotein B versus benazepril-valsartan alone in the treatment against chronic Proteinuric Nephropathy [25]. Besides, the present study discovered that LVEDd, LVESd, LAD and LVEF, were in lower level in the case group than those in the control groups after six months of treatment. This was also consistent with studies that advocate fluvastatin effectively decreases levels of P-selectin, one member of the cellular adhesion molecules, in treating essential hypertension, and statins induce prevention or regression of LVH that was an increased risk of cardiovascular morbidity [26,27]. In addition, the present study showed that, after one month of treatment, the hs-CRP in the case group turned to be lower than that in the control group. Linked with our study, Wai et al. reported that flucastatin played a key role in the reduction of inflammation response in patients with chronic kidney disease by decreasing CRP levels [28].

Our study provides evidence that, compared with the fluvastatin monotherapy, the combination therapy of fluvastatin and benazepril is more productive in enhancing sinus converting rate, reducing the left atrial diameter, and bring down the level of serum hs- CRP, renin, Ang II, IL-6, TNF-a. This has a pivotal clinical significance for ameliorating the life quality and prognosis of patients suffering from AF. However, it has yet been thoroughly elucidated that how the therapeutic mechanism works and by which way fluvastatin and benazepril decrease the level of hs- CRP, renin, Ang II, IL-6, TNF-a. Therefore, deeper studies are expected on the road ahead.