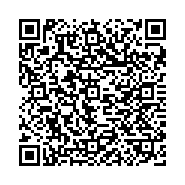 Antioxidants are substances that can assist the body delay or even prevent cell damage. Antioxidants may help protect the body from oxidative stress caused by potentially hazardous free radicals, which are unstable atoms, when consumed in excessive amounts. Oxidative stress has been linked to an increased risk of cancer, heart disease and a variety of other chronic illnesses and health issues. Antioxidants are included in a variety of healthy foods. According to doctors, if a person consumes some or all of these foods on a regular basis, their antioxidant levels may grow, potentially lessening the damage caused by oxidative stress.

Many variables influence the formation of free radicals, including internal factors such as inflammation and external factors such as pollution, UV exposure and cigarette smoke, among others. Reactive oxygen species are another name for free radicals. Many chronic diseases, such as cancer, diabetes, cardiovascular disease, Alzheimer's disease, arthritis, paralysis and other health problems related to functional decline as people age, are caused by oxidative damage to cellular components caused by reactive oxygen species that are continuously generated in normal physiological processes as well as under the influence of external factors.

Red bell pepper (Capsicum annuum): Antioxidants and Vitamin C abound in these. Due to the strong vitamin A, vitamin C and antioxidant characteristics, they also aid to enhance the immune system. They also include beta-carotene, which aids in the maintenance of healthy skin and vision.

Tomato (Solanum lycopersicum): It is also high in antioxidants and a good source of vitamin C. They aid in the fight against the production of free radicals. Lycopene, a polyphenol or plant compound is also present. It contains fibre, potassium, Vitamin C and choline. Tomatoes also contain folate, which aids in the reduction of homocysteine levels. Tomatoes are abundant in water, which aids hydration and promotes regular bowel motions.

Beetroot (Beta vulgaris): It's also high in antioxidants, fibre, potassium, iron and folate, among other nutrients. They're particularly high in betalains, a type of antioxidant.