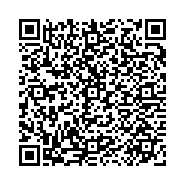 Developing countries account for 72% of deaths from cancer in the world, this scourge is the third leading cause of death in these countries. Annual mortality in West Africa is estimated at 76.23%. In Senegal, ovarian cancer is the eighth largest cancer for all sexes combined; its incidence is estimated at 2.5% in 2018. Most of these cancers are due to either chromosomal instability (80%) or associated to a failure to repair nucleotide mismatches. The general objective of this study is to understand the impact of the instability of microsatellite loci on ovarian carcinogenesis in Senegalese women. We studied the variability of the two loci (BAT25 and BAT26) by PCR/sequencing in 37 Senegalese patients with ovarian cancer. Analysis of the BAT25 and BAT26 loci polymorphism reveals that ovarian carcinogenesis is associated with instability of microsatellite loci with an MSI-H phenotype. This MSI-H instability is characterized at the tumor level by deletions, insertions, and substitutions. The instability of the BAT-26 marker is characterized by 10 patterns. BAT-25 mutations are more prominent. Ovarian carcinogenesis could be due to a defect in the MMR system.

The human body contains millions of cells that contain the carrier of genetic information, DNA. Every day, the latter suffers millions of assaults, but in the vast majority of cases, these are repaired very effectively. However, it only takes a failure of the mismatch repair system to initiate or continue a process of cell transformation, resulting in cancer. Developing countries account for 72% of deaths from cancer in the world, this scourge is the third cause of death in these countries [1]. According to the same study, gynecological cancers represent 19% of cancers worldwide. Women are the most exposed; they represent up to 68% of cases [2]. Among these cancers we can cite that of the ovary which is an adenocarcinoma. Ovarian cancers are considered the deadliest gynecological cancers. They are in 7th position for female cancers in the world and in 18th place regardless of gender [2]. We note a large geographic variability in the incidence of ovarian cancer as well as a variety of histological types encountered. Ba et al. (2014), showed that the annual mortality in West Africa is estimated at 76.23%. These cancers, like most cancers in developing countries, are generally discovered at an advanced stage with a 5-year survival rarely exceeding 40% despite treatment [3]. Risk factors include nulliparity, a family history of ovarian cancer, and patients with a BRCA1 or BRCA2 gene mutation. However, 90% of malignant neoplasms occur in the absence of these factors [3]. In Senegal, the number of women dying from ovarian cancer has become remarkable, and in 2018, 211 new deaths were recorded in the country (Globocan, 2018). According to (Dem et al., 2008), these cancers occur in elderly women (54.3 years on average), postmenopausal, with poor physical performance and at late stages (57.3% are seen in a metastatic situation). Advances in molecular biology have made it possible to classify cancer among diseases of genetic material. In fact, tumor transformation is a process, most often of clonal origin, in which the cell gradually acquires a selective advantage over its congeners. These stages are acquired by very varied alterations of the genome. These genetic alterations have two very different consequences. They can lead to an increase in the activity of certain genes which generally promote tumor growth; these genes are called oncogenes. Conversely, they can inactivate other genes whose physiological activity opposes tumor transformation, hence their name tumor suppressor genes. The discovery a few years ago of a link between the occurrence of certain cancers and the existence of abnormalities in the DNA replication error repair system (MMR system, for mismatch repair) opened up new horizons in the study of carcinogenesis in humans [4]. These anomalies, due to DNA nucleotide instability, mainly affect the microsatellite sequences of the genome without associated chromosomal abnormalities [5]. Based on this background, we hypothesized that there is instability of microsatellite loci in ovarian tumors. The general objective of this study is to understand the impact of the instability of microsatellite loci on ovarian carcinogenesis in Senegalese women. This general objective has been split into three specific objectives:

- determine the frequency of instability of the BAT-25 and BAT-26 markers;

- evaluate the polymorphism and genetic diversity of the BAT-25 and BAT-26 markers;

This study involves 37 Senegalese patients with ovarian cancer. The cancerous tissue samples were obtained following a surgical intervention performed in the cancer department at the Joliot Curie Institute at the Aristide Le Dantec hospital in Dakar. Blood samples from healthy subjects were used as controls.

Total tissue DNA was extracted using the Qiagen Dneasy Tissue method according to the manufacturer's instructions. The amplification was carried out in an Eppendorf brand thermocycler, with a reaction volume of 50 μl under the conditions given in Table 1. The sequencing reactions were carried out in a thermal cycler of the MJ Research PTC-225 Peltier type with the Kit. ABIPRISM and subjected to electrophoresis in the ABI 3730 XL sequencer.

The sequences of the BAT-25 and BAT-26 Loci were thoroughly corrected, verified and aligned with Bio Edit software version 8.0.5 [6] which uses the Clustal W Multiple alignment algorithm [7]. A number of analyzes were performed:

3. To study the genetic evolution of the BAT-25 and BAT-26 markers we tested the deviation from the neutrality hypothesis to get the D from Tajima, the Fs from Fu and the D* and F* from Fu and Li with DnaSP software version 5.10 (Librado and Rozas, 2009). Mismatch distribution curves for the two markers were determined using the same software. For the validity of the expansion model we looked for the SSD and Rag demographic indices with the ARLEQUIN software version 3.5.1.3 (Excoffier and Lischer, 2010). The level of significance was evaluated after 1000 simulations.

There is a difference in size and pattern in the two loci in individuals with ovarian cancer. All tumors are unstable for both loci (BAT-25 of the c-kit proto-oncogene and BAT-26 of the MSH2 gene). However, for the BAT-25 marker, cytosine insertions were noted between positions 7-8, 16-17 and 17-18, thymine substitutions by guanine at positions 24 and 25 and finally thymine deletions at the 25th position for cancerous individuals. Instability is characterized by 9 reasons.

For the BAT-26 locus, in control individuals we find 25A and a guanine at the twenty-sixth position instead of 26A. Instability is characterized by 10 reasons. In the majority of cases, there are adenine deletions at the beginning and end of the locus and adenine substitutions with guanine in others (Tables 2 and 3).

Table 4: Parameter of genetic diversity of BAT-25 and BAT-26 loci.

Table 5: Neutrality indices of the BAT-25 and BAT-26 markers

The general objective of this study is to understand the impact of the instability of microsatellite loci on ovarian carcinogenesis in Senegalese women. The choice of genes studied fell on the BAT-25 and BAT-26 markers. According to Sood et al. (2001), the quasi-monomorphic profiles of these two loci facilitate the identification of MSI, because shortened unstable alleles can easily be differentiated from alleles of normal size [8]. According to Zheng et al. (2012) these 2 markers are sensitive and have become the best known for the evaluation of the MSI-H character in tumors [9].

In control subjects the BAT-25 locus is monomorphic with 25T and BAT-26 at 25A and a Guanine (G) at the twenty-sixth position instead of 26A. This result supports the existence of heterozygosity of A by G at the twenty-sixth position in the BAT-26 locus. However, according to De la Chapelle and Hampel, (2010), the BAT26 marker includes 26 adenines in more than 99% of Europeans while alleles with a different number of adenines at this location are observed in 25% of Africans, y including African Americans. Pyatt et al. (1999) identified allelic variations at the BAT-26 locus in 12.6% of healthy African American women, and that 2.9% were polymorphic at both loci [10]. According to Pyatt et al. (1999) and Mbaye et al. (2015) in Africa, in particular, there are natural polymorphisms of these two markers, which underline the need to use them with caution with regard to the ethnic groups to which the patients belong [5,10].

Senegalese patients with ovarian cancer for whom the 2 markers are sequenced all have an MSI-H phenotype (unstable in the 2 markers). Indeed, MSI-H tumors exhibit different clinico-pathological characteristics compared to tumors without this phenotype [3]. This MSI-H phenotype characterizes a whole series of tumors of variable localization whose prognosis is better than that of non-MSI tumors, and is more sensitive to chemotherapy (Duval and Hamelin, 2003).

This instability is characterized in the majority of cases by insertions, deletions and substitutions. This high level of instability could be due to a failure to repair the mismatches thus leading to ovarian carcinoma. Indeed according to Sood et al. (2001), MSI-H occurs in 12% of invasive ovarian tumors [8].

Evaluation of the polymorphism and genetic diversity of the BAT-25 and BAT-26 loci reveals that the BAT-25 locus is more polymorphic than BAT-26 with a total number of mutations (Eta) of 20 and 7, respectively. Values relating to the nucleotide frequency for all samples show a predominance of T and G for BAT-25 and A and G for BAT-26. In this study, transitions dominate for the two loci (57.31% for BAT-25 and 99.54% for BAT-26) contrary to the work of Gao et al. (2009) and Ndiaye et al. (2017), which showed that transversions are more frequent in tumor tissue [11,12]. Cancer tissue analysis showed high haplotypic diversity (Hd) in both markers (0.755 ± 0.063 for BAT-25 and 0.675 ± 0.117 for BAT-26) and a low value of nucleotide diversity π (0.045 ± 0.048 and 0.059 ± 0.065) those which lead us to conclude that the mutations observed in the two loci would be growing rapidly from an original small clone effective in ovarian carcinomas. This result is in agreement with the literature. Neutrality analysis revealed that Tajima's D and Fu's Fs are negative and insignificant suggesting a moderate expansion of mutations in cancer cells. Thus the Mismatch curve gives a multimodal distribution which confirms this moderate expansion of cancer cells [13-21].

Ovarian cancer remains one of the deadliest and most complex gynecological and breast cancers. These cancers occur in older women and are discovered at an advanced stage with a 5-year survival rarely exceeding 40%. The analysis of the polymorphism of the BAT-25 and BAT-26 loci showed a strong variability of the tumors which reflects their MSI-H instability status (100%) and which confirms the association between the instability of the microsatellite loci and the Ovarian carcinomas in Senegalese women. The MMR system could have an impact on this strong instability.

It would be interesting to include in this analysis a certain number of variables such as age, ethnicity, tumor stage, grade and response to chemotherapy and to complete the analysis with the other three mononucleotide markers of pentaplex (NR-21, NR-24 and NR-27).