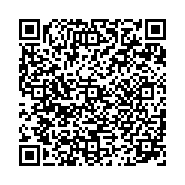 Although nucleophilic displacement (SN2) of alkyl halides with nitrogen nucleophiles is one of the first reactions taught in organic chemistry, its practical use is restricted to unimpeded (primary) or activated (-carbonyl, benzylic) substrates. We provide an alternate amination method that uses alkyl iodides as radical precursors rather than electrophiles. The use of -aminoalkyl radicals allows for rapid halogen-atom transfer from iodides to matching alkyl radicals, while copper catalysis assembles the sp3 C–N bonds at ambient temperature. The method has SN2-like programmability, and its use in the late-stage functionalization of many densely functionalized medicines shows that it may be used to make lucrative N-alkylated drug analogues.

Almost all pharmaceutical and agrochemical leads, as well as many other high-value items such as food additives and organic materials, are made up of nitrogen-rich molecules. Because many of these chemotypes have links between nitrogenated residues and saturated carbons, developing techniques for sp3 C–N bond formation is important for both academia and industry. Due to the limits of conventional polar methods, radical chemistry has lately been used to investigate alternate reactivity modes. Copper catalysis has shown to be particularly versatile in organising coupling events involving carbon-radical intermediates. The ability of Cu(II) complexes to capture carbon radicals at near diffusion-controlled rates, followed by easy reductive removal from the resultant high-valent Cu(III) species, is crucial to the success of these conversions. The ability of these two basic processes to construct a wide range of sp3 C–Y bonds opens up a lot of possibilities for modular fragment binding.

Overall, the inability to acquire strong reducing species is the major stumbling block to widespread use of copper catalysis in amination chemistry. From this perspective, a method that avoids the problematic alkyl halide SET reduction while still taking use of copper's capacity to form sp3 C–N (Y = C, N, O, S, halogen) bonds by reductive elimination might be a useful tool for assembling complicated nitrogenated motifs.

Using the capacity of -aminoalkyl radicals to initiate halogen-atom-transfer (XAT) reactions, we and Doyle's group recently shown that alkyl radicals may be accessible from the corresponding halides. The interaction of strong polar effects in the transition state of the halide abstraction phase facilitates this blueprint for radical production, which may be employed in C–C bond-forming methods like Giese alkylation and Heck-type olefination. We recently wondered if this reactivity mode might be combined with copper catalysis to permit the production of sp3 C–N bonds. A carbon–halogen bond activation phase happening outside the copper cycle, irrespective of the type of the N-nucleophile, might benefit such a method, obviating the requirement for further photocatalysis.