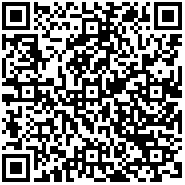 In present scenario, availability of pure drinking water at reasonable cost is a major issue for developing countries; where in growing economy has created pollution hazards in the form of heavy metal disposals in the water streams. And due to the toxic and persistent nature of these heavy metals, serious problems are faced all over the world. These metals can be absorbed and accumulate in flora and fauna including human body, which may generate severe health problems like cell damage, cancer, nervous system damage, and in acute cases, death. Thus, water the basic need of all living beings, get polluted with these toxic pollutants and become a threat to survival. To meet the requirement of pure water for all, many techniques have been reported in literature like coagulation, chemical precipitation, adsorption, ion exchange, solvent extraction, electro-deposition, membrane operations etc. among all, most widely used technique is adsorption process, as being the most effective and economic one. Many research studies have been taken place in last decades for the preparation of effective adsorbents, but with the use of nanotechnology and material science a new class of adsorbents nanosorbents was introduced recently in literature. This review includes analysis and discussion of some research papers which may cover the usage of various types of nanosorbents for the removal of heavy metals from wastewater.

Toxic heavy metals like arsenic, cadmium, chromium, cobalt, lead, mercury, nickel, selenium, thallium, zinc etc. do not easily degrade but get accumulated in living organisms and thus known as non-biodegradable pollutants [1], their ambiguous presence in environment and carcinogenic behavior raise noticeable issue for development in remediation techniques. A number of physical, chemical and biological methodologies have been reported in literature like chemical coagulation, precipitation, ion exchange, electrochemical removal, solvent extraction, bioremediation, photo catalytic degradation, membrane filtration, floatation, and adsorption [2]. However, adsorption was reported to be the most widely used method because of its effective way of working possibilities and economic consideration [3]. The process of adsorption is surface phenomena and depends on several factors like surface morphology and area of adsorbent, particle size of adsorbent material, functional groups found on adsorbent and many other factors [4] hence proper selection of adsorbent is considered as main feature for effective removal of pollutants. Particles of nanoscale size have some characteristic properties viz. larger surface area, higher number of particles, better surface interaction, etc. which make them suitable for adsorptive removal, to work as efficient nanosorbents [5]. An efficient nanosorbent must full fill certain qualities like-non-toxicity, high sorption capacity, selectivity, recyclability, reversibility, etc. [6,7]. Various nanosorbents used in wastewater treatment may be classified according to their shape, structure and chemical nature; here a short review on all of these is presented. A brief description on some work done during last two decades for each class is discussed in this manuscript.

Nanotechnology is the study of nano, any material, compounds, molecule etc. with nanometer scale level are studied in it. More precisely, the nano-materials are those that have structure components with one dimension at least less than 100 nm [8] which have been developed in variety of forms such as nanowires, nanotubes, films, particles, quantum dots and colloids [9]. A variety of efficient, eco-friendly and cost-effective nano-materials have been reported with unique properties to treat the Industrial effluents, surface water, ground water and drinking water for remediation of pollutants [10-12] broadly, on the basis of their working they may be classified into three main types: nanosorbents, nano-catalysts and nano-membranes. In present review numerous effective nanosorbents have been studied with the aim to investigate the remediation of various heavy metal pollutants.

A number of research groups mentioned nanosized metals and metal oxides as efficient and powerful nanosrbents with highlighting the unique properties of these materials as large surface areas, high adsorption capacities and surface functional groups they can interact with heavy metal ions [13-16]. The most widely reported nano metal oxides include iron oxides, manganese oxides, aluminum oxides, Cupric Oxide, Nickel Oxide, Zinc Oxide and Titanium Oxide [17-23]. The efficiency of these nanosorbents is found to be highly influenced by the method of the synthesis and obtained size, shape and crystal structure which may be tuned up easily by controlling the temperature and pH of the reaction and the starting material used [24]. And among metallic nanoparticles nano zero valent iron loaded on various mesoporous materials has been reported by many researchers [25]. To increase the adsorption capacity of nanosorbents surface modification was also carried out by different researchers [26,27]. The removal efficiency was found to be increased by such modifications.

Nanoscale carbon is discovered by Sumio Iijima [28] and called as carbon nanotubes(CNT) which are further structurally divided in two kinds- single walled CNT(SWCNT) and multi walled CNT(MWCNT) [29]. In last few years, utilization of CNT and modified CNT has been reported as nanosoebents for the removal of heavy metal ions from polluted water [30,31]. Many researchers investigated the adsorptive capacities of functionalized CNT and found superior results than normal CNT for the removal of Lead, Chromium, Mercury and many other heavy metal ions [32-34]. Activated Carbon (AC) derived from agrowaste materials and modified AC has also been reported as an effective nanosrobents for Chromium removal [35,36].

Once the nanoparticles forms, they may get easily agglomerate or collapse with each other, to overcome the problems of agglomeration of nanoparticles at high pressure conditions, numerous researchers introduced polymeric materials as support or coating substrate to stabilize nanoparticles [37,38]. The polymeric backbone of silica [39], alumina [40,41], polyaniline [42], fly ash [43], chitosan [44], etc. have been utilized by researchers for the removal of copper and lead. Polymeric supports make the separation and filtration procedure more effective and save time.

Bio-sorbents are derived from naturally occurring biomass like plant based agrowaste materials, algae, fungi or microorganisms, their biosorptive properties have been studied by several groups for heavy metal uptake at lower-cost. For this purpose, sawdust [45], maize cob and husk [46], sago waste [47], sugarbeet pulp [48], sugarcane bagasse [49], wheat bran [50] and many more agrowastes have been reported in literature. At microbial level algae [51], fungi [52] and bacteria [53] have been utilized. The utilization of such sorbents may open up huge possibilities for our country, as we have a lot of plant species unused and left as waste.

As silica is abundantly found in earth crust, provide a cheap source of an effective adsorbent material. Mesoporous silica is utilized by a group of researcher for the removal of lead, copper and cadmium [54]. As silica is surface active material, its modified surface may also be utilized in more effective manner. Functionalization of silica surface was successfully used for more effective detoxification in biological removal of heavy metals ions [55,56]. Non-toxic nature and biocompatibility of nano silica made it a suitable sorbent for various applications in economic ways.

Hybrid nanosorbents are made up from the combination of any of the above mention nanomaterials. Generally polymeric base is used to support inorganic and organic nanocompound, for this purpose. Loading [57], encapsulation [58], impregnation [59], polymerization reactions [60], Solvent casting [61], etc. techniques were reported in literature for the fabrication of nanohybrids. The effectiveness of removing heavy metals is found to be increased for such nanosorbents in comparison to individual sorbents. Hence a number of combinations may be find out for future research works.

As discussed above various types of nanosrbents have been used effectively for the removal of toxic heavy metal ions from water using adsorption technique. Because of their easy synthesis methodologies, use of such materials at lab scale is preferred and they provide economic benefits also. However for scaling up these methods for large scale utilization, much more concerns must be taken up by researchers. Practices for eco-friendly approaches may be more fruitful for future prospects and sustainable development. Thus we can say that nanosorbents can provide an effective solution for heavy metal remediation.