Impact of Microbes on Ancestors 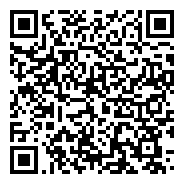 There are various diseases from ancient times, to which our ancestors got affected and suffered. These diseases were caused by various types of microorganisms and can be considered as ancient diseases. A separate medical branch has evolved to carry out research on various microbes called microbiology. An article entitled “Ancient Diseases-Microbial Impact” has explained the microbial impact on ancestors and expected reasons for getting effected to microbes in ancient period.

There are various diseases from ancient times, to which our ancestors got affected and suffered. These diseases were caused by various types of microorganisms and can be considered as ancient diseases. There might be many reasons for the ancient diseases and some of the reasons include illiteracy and lack of scientific knowledge. Many of the young researchers and eminent scientists got sacrificed their lives as they got affected while working with those pathogens. A separate medical branch has evolved to carry out research on various microbes called microbiology [1].

There are various kinds of ancient diseases and some of the diseases include Botulism, Cholera, Typhoid, Polio, Measles, Smallpox, Tuberculosis, Leprosy, etc [1]. Botulism is a Food borne ancient disease, which was caused by gram-positive anaerobic bacterium named Clostridium botulinum. This was named after the scientist Latin Botulus. Van Ermengen cultured Clostridium botulinum for the first time. Botulism is a life-threatening disease caused by exposure to botulinum toxins [2,3].

Typhoid is a food and water borne disease caused by gram negative bacterium Salmonella typhi, which can be transmitted through fecal-oral route [4,5]. The symptoms of typhoid disease include headache, nausea, epigastric pain and anorexia together with fever [6]. Cholera is a waterborne disease, caused by bacterium named Vibrio cholerae. Symptoms include watery diarrhea and vomiting, leads to dehydration which will finally lead to death [7]. Cholera remains a leading health problem in many underdeveloped countries with poor access to safe drinking water and proper sanitation [8,9].

Polio is a communicable disease caused by polio virus. It will spread through human-to-human contact. Mode of transmission is through oral route due to fecal contaminated water or food. We can detect silent poliovirus circulation by sewage surveillance method [10]. It will cause paralysis in essential muscles, which usually controls the body functions like swallowing, heartbeat and respiration [11]. Worldwide polio eradication was already started and oral polio vaccine and inactivated polio vaccine are playing major role in eradication [12,13]. Many regions from the different parts of the world have stopped worrying about polio many of the children are standing on their own by the grace of these eradication programs [14,15].

Anthrax is a serious bacterial infection caused by bacterium Bacillus anthracis which spreads mainly by inhalation of air. Humans and many animal species are susceptible to this disease. It is a Gram-positive, rod-shaped bacterium which will exists mainly under the soil in the form of resistant spores. Effective treatment and prophylaxis of anthrax disease remains like a challenging task in present world [16-18].

Measles is a highly contagious infectious disease in children, generally spreads through the biological process of respiration [19,20]. Measles virus is a enveloped RNA virus which belongs to the family paramyxovirus [21]. The major manifestations of measles virus are fever and skin eruption which may mimic many diseases and eradication of this disease seems to be more complex [22,23].

Smallpox is an infectious disease that has already killed many people all over the world [24]. The causative agents of smallpox disease are either of two virus variants, Variola major and Variola minor and both of these members belongs to the family poxviridae [25]. Poxviruses are single, linear, double-stranded DNA viruses, which can cause diseases in humans [26]. Smallpox virus is having similar homology with the remaining orthopox viruses [27].

Mycobacterium tuberculosis is the causative agent of tuberculosis, which is transmitted through aerosol droplets that are deposited in the lungs which become the reservoir of infection [28]. This infection initially occurs in the upper part of lungs [29] and causes pulmonary tuberculosis. It also affects meninges, skin, intestine, lymph nodes, bone, joints, and other tissues of the body [30]. One-third of the world's population has latent-TB and it remains one of the world’s top ten leading causes of death as it affects all body parts of all age groups [31-33]. Increase in drug-resistant strains of tuberculosis is increasing the need of better treatments and vaccines [34].

Leprosy can be regarded as the most transmittable, infectious and long lasting disease among all ancient diseases. It is a chronic and granulomatous disease, mainly caused by two bacteria named Mycobacterium leprae and Mycobacterium lepromatosis. Leprosy disease can also be called as is Hansen’s disease [35-40] which was named after the scientist Gerhard Armauer Hansen. These two bacteria mainly infects schwann cells and skin macrophages in peripheral nerves [41,42]. Some of the symptoms include skin lesions, blurred vision and muscle atrophy [43].

Dengue fever caused by an RNA virus belongs to the family flaviviridae. Symptoms of this disease include fever, headache, vomiting, rashes with petechial spots, etc. [44-46]. Plague is a zoonotic disease caused by Gram-negative bacterium Yersinia pestis and symptoms will include vomiting, nausea, abdominal pain, diarrhea, etc. [47,48]. Malaria is one of the most common parasitic diseases caused by Plasmodium species in which we can observe the symptoms like vomiting, headache, fever, etc [49,50].

An article entitled “Ancient Diseases-Microbial Impact” has explained the microbial impact on ancestors and expected reasons for getting effected to microbes in ancient period. It has also mentioned some of our eminent scientists who sacrificed their lives for scientific evolution and who have played vital role in microbial research in ancient period. This article briefly explained different types of ancient diseases but failed to explain complete information like transmission, diagnosis, prevention, treatment and precautions for all the diseases which have mentioned in the article.

A new concept ancient disease has taken into consideration for this article and covered almost all the ancient diseases. This article got concluded by mentioning all emerging microbial infections as “Evergreen Challenge” as all the microbial infections are emerging day by day and becoming challenge for all the young researchers and eminent scientists.