Impact of Norepinephrine Shortage on Outcomes in Patients with Septic Shock 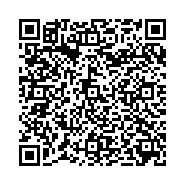 Purpose: With the previous norepinephrine shortage, alternative agents were required to treat patients with septic shock. This retrospective study evaluated whether the shortage of norepinephrine had an adverse effect on patients admitted to the intensive care unit with a diagnosis of severe sepsis or septic shock. Methods: This was a retrospective chart review, which compared patients who received norepinephrine versus those who did not. Eligible patients were those ≥ years old who were admitted to an intensive care unit with a diagnosis of sepsis and were initiated on a vasopressor to maintain hemodynamic stability. The specific primary endpoint was whether using norepinephrine versus other vasopressors had an effect on ICU length of stay. Secondary outcomes included mortality, blood pressure, mean arterial pressure, development of renal insufficiency, and vasopressor requirements. Results: There were 288 patients screened and 214 patients who met the inclusion criteria (norepinephrine group=106 and nonnorepinephrine group=108). After accounting for potential differences in disease severity (APACHE II score), age, weight and gender, there was no difference in ICU length of stay (p=0.4); however, the odds of survival were 5.9 (95% CI: 3.1 to 11.1) times higher for those in the non-norepinephrine group (p<0.0001). Conclusion: Based on this retrospective analysis, patients that did not receive norepinephrine had a similar ICU LOS but had a higher rate of survival. The norepinephrine shortage did not have an adverse effect on patient outcomes. sets for IV-SC conversion may get better clinical and safety outcomes.

The Surviving Sepsis Campaign recommends adequate fluid administration with crystalloids as first line therapy to restore blood pressure and perfusion [1,2]. Patients that do not receive an adequate response from fluids typically require the use of a vasopressive agent to improve mean arterial pressure (MAP). There is debate regarding which agent provides the most benefit for patients with severe sepsis or septic shock unresponsive to fluid resuscitation. Previously, there was no guidance for the use of norepinephrine versus dopamine as first line therapy [1,2]. However, the most recent guidelines recommend norepinephrine as the first line vasopressor (grade 1B recommendation) [1]. Dopamine is now considered an alternative vasopressor to norepinephrine in patients with low risk of tachyarrhythmias. Epinephrine remains an optional add-on agent for patients needing additional support to maintain a MAP of 65 mmHg. The use of vasopressin can be used to improve MAP or decrease norepinephrine (NE) dosage in patients receiving norepinephrine. Phenylephrine is not recommended in the treatment of septic shock except in specific situations. Concern exists for using other vasopressors as first line agents based on perceived physiologic effects. Tachycardia, effects on splanchnic circulation, as well as hyperlactatemia may be associated with epinephrine, while a decrease in stroke volume due to peripheral vasoconstriction may be seen with phenylephrine [3-5]. In 2004, the American Society of Health-System Pharmacists (ASHP) evaluated the impact of drug shortages in hospitals [6]. The survey showed nearly all respondants believed drug shortages had changed their practice, and a majority thought patient care had been compromised. Drug shortages affect the amount of time pharmacists are spending searching for or acquiring alternative products. In 2011, ASHP conducted a follow-up survey and compared to the 2004 survey, pharmacists were spending nearly three times the amount of hours addressing drug shortages (3 vs. 9 h) [7]. In 2011, a drug shortage involving norepinephrine required the use of alternative agents to improve hemodynamics when initial fluid resuscitation therapy was inadequate. This study was designed to evaluate whether the norepinephrine shortage had an impact on patient outcomes. The primary endpoint was whether using other vasopressors had an effect on intensive care unit (ICU) length of stay. Secondary endpoints evaluated included mortality, systolic blood pressure, MAP, development of renal insufficiency, and vasopressor requirements.

Our institution has six different ICU services: neuroscience, surgical-trauma, cardiovascular, cardiothoracic, medical, and medical-surgical. This was a retrospective review of patients admitted to an ICU between September 2010 and June 2011 with a diagnosis of septic shock and initiated on a vasopressive agent. Using a query into the University Hospital Consortium (UHC) database, patients who were diagnosed with an ICD 9 code of severe sepsis or septic shock and received norepinephrine, dopamine, vasopressin, phenylephrine, or epinephrine were identified. Patients who were = 18 years of age were reviewed in more detail through electronic and medical records to determine their eligibility. Patients with a discharge diagnosis of cardiogenic shock or without a diagnosis of severe sepsis or septic shock were excluded from the study. Prior to any data collection, patients were assigned to the norephinephrine (NE) or the non- norephineprhine (non-NE) group based on their utilization of norepinephrine. Disease severity was determined for each patient based on laboratory and clinical values set forth by the Acute Physiology and Chronic Health Evaluation (APACHE) II score [8-16].

The APACHE II score was calculated using patient data within 24 h of ICU admission. If a laboratory value required for the APACHE II score calculation was not found in the medical records within the first 24 h of ICU admission, the first available value was utilized to satisfy the calculation. If patients did not have an arterial line to measure MAP, systolic and diastolic pressures were utilized to calculate MAP (1/3 SBP x 2/3 DBP = MAP). Patients that were not being ventilated utilized a fraction of inspired oxygen (FiO2) of 0.21 to satisfy this parameter, and if an arterial pH was not drawn a value of 7.4 was utilized. If a laboratory value was not recorded in the medical chart, a normal value was substituted for the missing value in order for the APACHE II score to be calculated. If a patient had more than two laboratory values missing for APACHE II score calculation, the patient was excluded.

The starting dose, maximum dose on day one of therapy, and maximum dose during therapy for all vasopressors were collected on all patients. When infusions were documented in mililiters per hour (mL/h), the rate was calculated based on drug concentration and weight to determine the appropriate infusion rate (mcg/kg/min). The lowest recorded systolic blood pressure (SBP) based on arterial monitoring was recorded as well as lowest MAP. When MAP values less than 65 mmHg were recorded, the total number of hours per day was calculated to determine the length of time the MAP was below 65 mmHg. Patients who developed renal insufficiency requiring dialysis were recorded to evaluate adverse patient outcomes. The study was approved by the Institutional Review Board.

Baseline characteristics and demographics were compared between the two groups using chi-square tests (for binary data), two sample t-tests (for normally distributed continuous data), and Wilcoxon rank sum tests (for non-normally distributed continuous data), as appropriate. The primary outcome of length of stay in the ICU was evaluated using a negative binomial model. Secondary outcomes were evaluated using linear mixed-effects models for repeated measures (SBP and MAP), a logistic regression model (survival rate), and analysis of covariance (ANCOVA) models (maximum serum creatinine (SCr), and lowest urine output (UOP), levels during time in hospital) to evaluate differences in between the NE and non-NE groups. Age, gender, weight, and APACHE II score were included as covariates in all models. Along with adjusting the various covariates previously listed, the renal insufficiency model was also adjusted for baseline SCr, and the UOP model was also adjusted for 24 h urine output per kilogram (UOP/kg). An a priori value of a=0.05 was used to determine statistical significance. For SBP and MAP, the interaction between time and group was also included to evaluate change over time between the NE and non-NE groups.

There were 288 patients who initially met the search criteria from the UHC database. Of these 288 patients, 74 were excluded. Reasons for exclusion included no vasopressor administration (n=54), incomplete data (n=11), duplicate admissions into the ICU during one hospitalization (n=6), and diagnosis of cardiogenic shock (n=3). Of the 214 patients included in the analysis, 106 were in the NE, and 108 in the non- NE group. Significant differences in baseline characteristics between the two groups were seen in serum albumin, APACHE II score, and lactate level (Table 1). Most importantly, patients in the norepinephrine group had a higher risk of mortality, based on the calculated APACHE II score (30.0 vs. 27.0; p<0.01). Most of the patients included were admitted to the Medical ICU or the Medical-Surgical ICU (n=171).

The interaction between time and group was not significant for SBP (p=0.2), so the main effect of group was examined (averaged over all time points). There was no significant difference in the average SBP over time between these two groups of patients (NE: 85.9 mmHg; non-NE: 88.5 mmHg; p=0.3).

The 2012 sepsis guidelines state that norepinephrine should be the first line agent; however, in 2008, there was no distinction between norepinephrine or dopamine as first line agents [1,17]. In this retrospective analysis we did not find a difference in ICU LOS between the two comparator groups. We did find that patients who received NE had a higher mortality risk compared to patients who did not receive NE. At the time of data collection, the 2012 sepsis guidelines had not been published. It was interesting to see how infrequently dopamine was utilized in the non-NE group, especially since the alternative first-line agent, norepinephrine was on shortage. A meta-analysis comparing dopamine and norepinephrine by De Backer and colleagues showed increased mortality and higher incidence of arrhythmic events when dopamine was administered to patients with septic shock [11]. The current guidelines now recommend against the use of dopamine as an alternative to NE and should only be considered in patients at low risk of tachyarrhythmias.

We were unable to determine the specific rationales for the choice of vasopressor utilized in this study, which is a limitation of a retrospective chart review. Also, evaluation of the overall vasopressor use showed that phenylephrine was used at a very high rate in the non- NE group, which is surprising based on the previous sepsis guidelines [1]. Unfortunately, we were unable to quantify/evaluate which of the vasopressors were initiated first based on limitations in documentation, especially if multiple vasopressors were initiated at similar time points. While this study showed better survival rates for the non-NE group during the shortage, there are limitations. Laboratory data was not always recorded and by imputing missing lab values, there may be some bias in the calculated APACHE score. There was also some subjectivity in calculating the APACHE II score due to utilization of discharge or death notes. We tried to minimize variability in this area by having only one individual calculate all APACHE scores and review the notes. This was a small study based on the duration of NE shortage. It is not known whether a larger patient population or a longer NE shortage may have changed the results. Finally, only patients with documented severe sepsis or septic shock were included in this analysis. It is possible that there were concomitant illnesses affecting the patients and the potential that these patients could have suffered from a different form of shock but were categorized as septic.

We evaluated the impact of a norepinephrine shortage on outcomes in patients admitted for septic shock. There was no significant difference in ICU LOS between the two groups. After adjusting 28 day mortality for disease severity, weight, gender, and age, patients who were in the non-NE group had a higher survival rate. The shortage of norepinephrine did not adversely affect patient outcomes.

Conflicts of Interest and Source of Funding

Dr. Nappi has received honoraria from Expert Exchange-Practice Point Communications and the Pharmacy Learning Network. Dr. Sieg and Dr. Hassig have no conflicts to disclose. The project described was supported by Award Number UL1TR000062 from the National Center for Research Resources (A. Wahlquist). The content is solely the responsibility of the authors and does not necessarily represent the official views of the National Center for Research Resources or the National Institutes of Health.