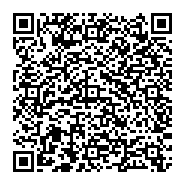 There is now abundant evidence that loss of sense of smell is one of the most common symptoms of COVID-19 infection and in some cases the only symptom. It is the best predictor of COVID-19 status of all the associated symptoms. Some months after the first reports of the potential value of loss of smell as a diagnostic marker, loss of, or change in, normal sense of smell (anosmia) or taste (ageusia) were included in the UK case definition, allowing patients access to testing and prompting self-isolation.

Aspergillus flavus is the dominant pathogen in animal feed and can be divided into toxigenic and non-toxigenic strains existing at poultry farms. Poultry is one of the most sensitive animal groups to aflatoxicosis caused by aflatoxin. The growth of A. flavus on poultry feed, may cause some effects on suppressing the immune system, and consequently increase the rate of mortality at poultry farms. Aflatoxin contamination is a major concern to human health as AFB1 can be passed from poultry products such as meat or eggs, even at a very low level, to humans [1]. A survey of the occurrence of mycotoxins showed that 98% of the ingredients used in animal feed formulation are positive for aflatoxin B1 and maize is a preferred substrate for fungal growth and mycotoxin production in comparison with soybean and wheat. In the present study, the occurrence of mycoflora and mycotoxigenic fungi in ingredients and finished feeds, which included numerous samples from the important provinces of poultry production in Iran. This study was conducted to evaluate the presence of Aspergillus species isolated from ingredients and finished poultry feed and determination AFB1.

In this survey, 85 samples of poultry feed were randomly selected from plant site production feed companies in provinces licensed by Veterinary Authority in Iran. Sampling method was performed depending on the type of factories and generally obtained from the manufacturing feed flow line. Samples were taken from the main ingredients at the warehouse of feed mill factory (corn and soybean meal), and the production line of entering the pellet machine (mash form) and after the process (pellet formation) [2]. To isolate the fungi, the sub samples of each feed were separately cultured on selective isolation media using the spread plating method. In general, Aspergillus section Flavi colonies on Agar Aspergillus flavus and parasiticus agar (AFPA) turn yellow-orange in reverse color as a specific identification criterion. Final identification of Aspergillus section Flavi was done based on a combination of macroscopic and microscope characteristics exhibited by species criteria. The aflatoxin-producing ability of samples for A. flavus was determined on Yeast Extract-Sucrose (YES). Aflatoxin production was first screened by Thin Layer Chromatography (TLC) on silica gel plates and AFB1 was quantified in positive samples by High Performance Liquid Chromatography (HPLC).The results were analyzed using analysis of variance (One-way ANOVA) with P<0.05 were considered significant (Figure 1). Based on the results six members of Aspergillus species were present. Isolates were identified as A. flavus, A. fumigatus, A. niger, A. ochraceus, A. glaucus, and other Aspergillus spp. The most frequently isolated species from ingredients and finished poultry feed was A. flavus (64%) and isolate in corn (46.6%), soybean meal (72.7%), and mash and pellets (75%) (Table 1).

Percentage of each isolate for all Aspergillus spp. obtained from each feed sample.

Percentage of each isolate based on total Aspergillus isolates (n=84)

Highly incidence of isolates based upon (toxigenic/ non-toxigenic) in corn and pellet by TLC test and strongest toxigenic strain, A. flavus, was found in corn (2239.92 ± 92.26) µg/g by HPLC test. Aflatoxin B1 producing isolates from corn and pellets produced more than from soybean meal and mash types (p<0.05). Mean of concentration AFB1 (± SD) in poultry feed samples (20) with their respective standard error bars are presented [3]. We showed toxigenic isolates in corn ability of toxin production in final product. The thermoresistancy of A. flavus on feed after pelletizing machine in feed mill factory can be indicative in finish product (pellet) potentially to produce aflatoxin. This toxin production ability is significantly affected by numerous environmental and formula factors. Feed formula can affect the competition of producing toxin such as some product we say "toxin binder". It is one of the inhibitors that are added in poultry feed [4]. The results show that the ability to produce aflatoxin B1 does not correlate with the level of toxin in the finished feed. As a fact, the presence of A. flavus fungi poultry feed could not mean aflatoxin in this material because the conditions required for the growth of the fungus and aflatoxins production is different level. Prevention and reduction of aflatoxin contamination during poultry feed line production will become more important by A. flavus in the corn capacity of producing different levels of AFB1 was a great hazard in quality control of poultry feed and allow us to identify sources of this contamination [5]. These results indicate the need for continuous mycological assessment in raw material exactly in corn for monitoring in finished feed because the strongest toxigenic strain was found in corn (Figures 2 and 3). Figure 2. Incidence of isolates based upon (toxigenic/non-toxigenic) isolates in different feedstuffs. Unprocessed raw material such as corn in this study needs further precision as well as finished feed such as pelleted when conditions is not optimal for destroying the fungus and the associated toxins. The feed mill factory plant must establish Total Quality Management (TQM) and set up Hazard Analysis and Critical Control Points (HACCP) to prevent of aflatoxin contamination for potential risk public health hazards.

The authors would like to express their gratitude to the Pasteur Institute of Iran and animal health and nutrition department Veterinary University of Tehran for all of their supports.