Knowledge, Attitude and Practice of Community Pharmacy ProfessionalsÃ¢ÂÂ towards Substandard and Falsified Medicines in Addis Ababa, Ethiopia: A Cross-sectional Survey 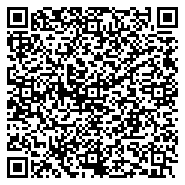 Introduction: The availability of substandard and falsified medicines in the market grants a serious public health problem and a significant impact on the national economy. The current estimate suggests that 10% of prescription drugs sold worldwide are substandard, fake or contaminated, and in parts of Africa and Asia, the figures exceed 50%. Professionals awareness of falsified medicines is a major problem that could lead to a public health crisis. This study aimed to assess the community pharmacy professionals’ knowledge, attitude and practice towards SFMs in Addis Ababa, Ethiopia.

Methods: An institutional-based cross-sectional study design with a systematic random sampling technique was employed on community pharmacy professionals. Data were collected using a structured questionnaire and the collected data was analyzed using a Statistical Package for Social Sciences (SPSS) version 25. Simple descriptive statistics were used to describe the variables.

Conclusion: This study indicated community pharmacy professionals’ knowledge and practice were found to be moderate and a large proportion of them had a positive attitude, although there appeared to be differences across attitude questions. Designing and implementing continuing education programs on SFMs and enforcement of vigilant laws were identified as means of tackling SFM.

Antibiotic resistance caused by sub-standardization or falsification might have contributed significantly to the inability to eradicate or control serious infections such as malaria and tuberculosis in developing countries [5]. The recent emergence of falsified Artemisinin derivatives and antiretroviral drugs in some countries is potentially disastrous [6, 7].

The problem of poor quality of drugs is likely to cause more damage shortly. Tackling corruption at various levels of the pharmaceutical systems, increasing public awareness of SFMs, establishing a pharmacovigilance system, more stringent regulation and legal action and quality education are the major strategies to combat SFMs [8, 9].

Pharmacists are healthcare professionals who are mostly involved in compounding, pharmaceutical marketing, distribution and dispensing of medicines [10]. By raising awareness and implementing recommendations to ensure the integrity of supply chain, pharmacists can help to address the threat and play a critical role in preventing the distribution of SFMs [11].

Research done in Iran showed that pharmacists had low knowledge and practice level about SFMs [2]. Even though literature showed low awareness of the problem of SFMs which could lead to public health crisis, knowledge, attitude and practice of pharmacists regarding SFMs are often undermined and given less concern in the area [12].

Ethiopia is not an exception to this worldwide phenomenon, as SFMs make up more than 50% of the global drug market, with a significant proportion in developing countries [3]. But information on the knowledge, attitude and practice of SFMs is scanty. This study aimed to assess community pharmacy professionals’ knowledge, attitude and practice towards SFMs in Addis Ababa, Ethiopia.

The study was conducted in Addis Ababa, Ethiopia. Addis Ababa is located at the geographic center of the nation and covers about 540 Km² [13]. It is divided administratively into 10 sub-cities and has a total population of 3.43 million [14]. According to Addis Ababa Regional Health Bureau data in 2017, it had around 731 community pharmacies and drug stores [15]. The research was conducted from February to May, 2018.

An institutional-based cross-sectional survey was conducted to assess the knowledge, attitude and practice of community pharmacy professionals regarding substandard and falsified medicine.

The number of participants to be involved in the study was determined by using a single population proportion formula [16].

The source population for the study was estimated 2000 pharmacy professionals according to Addis Ababa regional health bureau data in 2017 [15] and the sample was adjusted using the formula;

First, six out of ten sub-cities were selected randomly using a lottery method. The total number of pharmacy professionals in six sub-cities was 547. Then, the sample size was divided proportionally for six randomly selected sub-cities depending on the number of pharmacy professionals in each sub-city. Community pharmacies were identified randomly and recruitment of the respondents was achieved through a consecutive sampling approach until the quota for the sub-city was fulfilled.

Closed and open-ended self-administered questionnaires were prepared in English. And they were designed to collect demographic data, professional characteristics; knowledge, attitude and practice of pharmacists regarding SFMs. Knowledge and practice questions were designed as multiple choices and written questions. Attitude questions were prepared based on a five-level Likert scale (Strongly agree,5; Strongly disagree,1). The questionnaires were pre-tested on a sample of 20 (other than the study population) community pharmacy professionals to evaluate the reliability and clarity of the questions. After a week, the final questionnaires were used to collect data from the main study population.

In analyzing the results, for knowledge and practice questions, scores of 1 and 2 were assigned to Yes and No answers, respectively. For the attitude questions, score from 1 to 5 was assigned, 1 represented the lowest and 5 represented the highest attitude. The numerical variables were described numerically and entered into the computer using SPSS Version 25. Descriptive statistics were used to explain the study participant’s relation to study variables.

An ethical clearance letter was obtained from the Ethical Review Committee of school of pharmacy, Addis Ababa University. To enhance cooperation, the local authorities were informed about the study objectives through a letter written from the Department of Pharmaceutics and Social Pharmacy, School of Pharmacy. Privacy and confidentiality were strictly maintained throughout the whole process. All the study subjects were kept anonymous and the files did not bear any name or identification number.

A total of 356 community pharmacy professionals were enrolled in the study and 323 participants returned completed questionnaires with a response rate of 90.7%.

Knowledge, attitude and practice about substandard and falsified medicines

Knowledge towards substandard and falsified medicines: Among the total participants in the study, 264 (81.7%) were aware of SFMs. Of the participants who were aware of SFM, 98 (37.1%) of the community pharmacy professionals correctly define SFM. Regarding their source, 160 (60.6%) of respondents claimed school, 102 (38.6%) mentioned mass media, 81 (30.7%) claimed colleagues and 75 (28.4%) of them mentioned health facilities as the source of awareness about SFM.

Attitude towards substandard and falsified medicines: The participants' mean level of agreement for attitude questions ranged from 2.02 to 4.19. The lowest mean (mean=2.02) was recorded for the question “It is fine to dispense some SFMs which are not vital to treat diseases". Relatively, the participants had a better mean attitude for the questions “Dispensing counterfeited medicines is against the professional code of ethics” and “Educational strategies can help to prevent dispensing of SFMs” with a mean (mean=4.18) and (mean=4.06), respectively. Moreover, the highest mean satisfaction was taken for the question that says “Regulatory strategies can help to prevent dispensing of SFMs” (Mean= 4.19) (Table 3).

The community pharmacy professionals differentiated SFMs from their originals through packaging material 05(39.8%), ISO/regulatory certification 98(37.1%) and labeling 75(28.4%). The study also revealed that of respondents who were familiar with SFMs, 146(45.2%) of respondents reported knowing other pharmacists that dispensed SFMs, and 57(38.1%) believed that the pharmacists were aware that they were dispensing SFMs (Table 4).

This study has been carried out to assess the community pharmacy professionals’ knowledge, attitude and practice towards SFMs in Addis Ababa, Ethiopia. Two hundred sixty-four (81.7%) of community pharmacy professionals were aware of SFMs and 98 (37.1%) of them correctly define SFM. Similar studies in Alexandria, Egypt among pharmacists and Nuh, Haryana, India among medical doctors indicated a relatively lower finding, 98 (56.0%) and 57.77%, respectively [16,17]. This study also revealed that the main source of awareness about SFM were school 160 (60.7%) and colleagues 81(69.3%) but a similar study in Lebanon showed TV 88 (39.5%) and MoH 81(36.3%) were the main sources of awareness about SFM [18].

Among community pharmacy professionals who were aware of SFMs, 212 (80.3%) of respondents believed SFMs were available in Ethiopian pharmaceutical market and more than half of them reported that they have encountered SFMs. Similarly, a study in Egypt showed 175 (96%) of the respondents believed that the problem of medicines falsified existed with 50% of them [16]. A study in Italy also showed falsified medicines are widespread (23.0%) in their country and 51 (7.6%) participants reported previous experience with falsified drugs [19].

In our study, more than half of respondents believed that importers and many other medicine supply chain parties were involved in the chain of SFMs transactions. A similar study in Nigeria showed chaotic open market medicine distribution networks were a major source of medicine purchase to hospital pharmacy stores, wholesalers, retailers, medicine stores and pharmaceutical manufacturers [21]. Medicine counterfeiters targeted markets in countries where the capacity to detect defective products and the penalty for engaging in them were low [22]. Therefore, creating a medicine supply chain that is flexible enough to respond to the actions of sub-standardization and falsification reduces leakage [22].

The majority 209 (79.2%) of community pharmacy professionals reported that they had never dispensed SFMs. Similarly, a study conducted in Egypt indicated 77.7% of respondents returned the suspect medicine to the supplier and 23.4% of respondents reported the incident to the Egyptian Drug Authority [16].

Participants perceived that antibiotics 128 (48.5%), chronic disease medicines 94 (35.6%) and expensive and unavailable 79 (29.9%) were medicines with the highest risk of falsification but Mebendazole suspension 46 (45%), Metronidazole 32 (31.4%), Muscle builders 31(30.4%) and Paracetamol 27(26.5%) were among the SFMs. A study to investigate the diffusion of SFMs in developing countries identified the main target for agents to falsify are highlypriced, lifesaving medicines like amoxicillin which is widely subject to be falsified [20].

The respondents' main methods of differentiating SFMs from their originals were through packaging material 105 (39.8%), followed by ISO/regulatory certification 98 (37.1%) and labeling 75 (28.4%). A similar study in Lagos state, Nigeria, also indicated community pharmacists commonly used visual security techniques; seals/embossments (83%), the character of print (77%) and hologram (68%) [23].

There is no single technique that can eliminate the public health threat posed by SFMs due to the complexity of the drug production and distribution system. Stringent regulation and improved vigilance [24] transaction records as drug products move and verification of drug products [25,26] increasing awareness of SFMs to the public [21] and active involvement and ethical practice of pharmacists might contribute a lot in preventing SFMs catastrophe.

This study estimated that community pharmacy professionals’ knowledge and practice were found to be moderate and their attitude was also moderate regarding SFMs. Due to the complexity of the drug production, pharmaceutical marketing, distribution system and pharmaceutical care and as a key players of pharmacists in these activities, they are properly positioned to stem the tide of SFMs. Interventions have to be designed and implemented to improve the community pharmacy professionals’ knowledge, attitude and practice.

All relevant raw data, is freely available to any scientist wishing to use them.