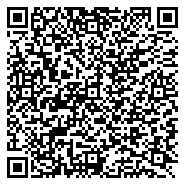 responding to treatment with antibiotic and antipyretics along with pain, swelling and limitation of movements affecting both ankles, right knee and cervical joints. Erythematous skin rash was there. He had faint systolic murmur at LPSA. Abdominal examination revealed liver palpable 2 cm below costal margin. After one week of hospital admission the patient started to show deterioration in his general condition became more toxic, continuous fever and lethargy. Macular rash started to appear on the face. He developed anemia and thrombocytopenia. Bone marrow aspiration was suggestive of hemophagocytic disorder. Ferritin level was 45651 ng/ml, fibrinogen level 100 (low) triglycerides was high LDH >2000 and ESR became low, liver enzymes were shooting S bilirubin rising and patient had more deterioration in the conscious level. Still he had normal blood pressure good peripheral perfusion no signs of shock. He was diagnosed as potentially fatal macrophage activation syndrome.

Macrophage activation syndrome (MAS) is the term used to describe a potentially life-threatening complication of systemic inflammatory disorders, which occurs most commonly in systemic juvenile idiopathic arthritis (JIA) and in its adult equivalent, adultonset Still’s disease. MAS is characterized by an overwhelming inflammatory reaction due to an uncontrolled and dysfunctional immune response involving the continual activation and expansion of T-lymphocytes and macrophages, which results in massive hyper secretion of pro-inflammatory cytokines [1].

Characteristic clinical features of MAS are high, non-remitting fever, hepatosplenomegaly, generalized lymphadenopathy, central nervous system dysfunction and hemorrhagic manifestations. Typical laboratory abnormalities include pancytopenia, increased levels of ferritin, liver enzymes, lactate dehydrogenase, triglycerides, D-dimers and soluble interleukin-2 (IL-2) receptor a (also known as soluble CD25 [sCD25]) and decreased fibrinogen levels. A typical histopathologic feature of MAS is the accumulation of well-differentiated macrophages exhibiting hemophagocytic activity in bone marrow biopsy specimens or aspirates. Although the prevalence of MAS among patients with systemic JIA has been estimated to be; 10%, recent reports suggest that subclinical MAS may occur in as many as 30-40% of patients with systemic JIA [2].

Early recognition of MAS is often challenging, given the lack of a single pathognomonic clinical or laboratory feature. Furthermore, histopathologic features of haemophagocytosis may not be present in the initial stages and lack specificity for hemophagocytic syndromes. In addition, features of MAS may be difficult to distinguish from other conditions that may present with overlapping manifestations, such as flares of systemic JIA or systemic infections [3].

The pathognomonic feature of the syndrome is bone marrow examination that reveals numerous well-differentiated macrophages actively phagocytosing hematopoietic cells. Such cells may be found in various other organs as well and may account for many of the systemic manifestations. However, in patients with macrophage activation syndrome, the bone marrow aspirate sample does not always reveal haemophagocytosis. Furthermore, haemophagocytosis is not always demonstrable at onset. Moreover, the failure to document haemophagocytosis does not exclude the diagnosis of HLH.

A 2014 study concluded that hyperinflammation, rather than haemophagocytosis, is the common link between macrophage activation syndrome and hemophagocytic lymphohistiocytosis [4].

4 years old boy who is 1st kid has negative consanguinity presented to the hospital with history of prolonged fever for 3 months characterized by spiking intermittent nature not responding to treatment with antibiotic and antipyretics. Arthritis with pain, swelling and limitation of movements affecting ankles, right knee and cervical joints. He also had Erythematous skin rash which was non-fixed. No history of any eye symptoms, diarrhea, vomiting, cough, dysuria, jaundice, change color of urine or stool or bleeding from any site. No cardiac symptoms. Developmental history was normal, vaccination history, family history irrelevant no history of contact with animals. Positive data on examination: Average built, ill looking, conscious, alert and oriented, Normal vital signs, no malar rash, no mucous membrane affection, no red eyes no lymphadenopathy. Swelling of both ankle joints and right knee joint with tenderness and limitation of movements, mild right side knee effusion no redness or hotness. Limitation of movements at cervical joints, chest free, heart examination free except for faint systolic murmur at LLSE, abdominal examination revealed liver palpable 2 cm below costal margin with firm border smooth consistency not tender. The spiking fever documented while the child was in the hospital investigations revealed (Table 1). Echocardiography was normal apart from mild mitral resurge with no evidence of rheumatic activity.

The initial presentation of the patient aged 4 years with intermittent spiking fever for more than 6 weeks with arthritis of more than 2 joints (affecting both ankles, right knee and cervical vertebrae) with Hepatomegaly fulfill the criteria for diagnosis of systemic onset JIA. The presence of raised inflammatory markers high ESR, CRP and ferritin with thrombocytosis all consistent. The peak age for systemic JIA 1-5 years. –ve ANA normal C3 make SLE unlikely. The arthritis was not migratory in nature, present at neck ankle, knee at same time, ASOT not raised and the patient gave no response to salicylates making rheumatic fever unlikely also [1,2]. The rapidly developing pancytopenia with disturbed conscious level with deranged liver functions together with prolonged coagulation profile and shooting ferritin level in patient with known or suspected systemic JIA indicate the development of macrophage activation syndrome which is supported by haemophagocytosis in BM [3].

Macrophage activation syndrome is a potentially fatal complication of systemic onset JIA often cause multiple organ failure [4].The same clinical findings may also be observed in hemophagocytic lymphohistiocytosis (HLH) and are named as “primary form of the disease”. Macrophage activation syndrome which occurs secondary to other diseases is known as secondary haemophagocytosis. Although it is mostly named as MAS by rheumatologists, it is also known as reactive or secondary HLH [5,6].

• Side effects of medications

The diagnosis of macrophage activation syndrome requires the presence of any 2 or more the following laboratory criteria or 2 or more of the following clinical criteria:

• Hepatomegaly (≥ 3 cm below the costal margin)

The above criteria are of value only in patients with active SJIA. The thresholds of laboratory criteria are provided only as an example. The clinical criteria are probably more useful as classification criteria rather than as diagnostic criteria because they often occur late in the course of macrophage activation syndrome and, therefore, may be of limited value in the early diagnosis of the syndrome [7].

Macrophage activation syndrome is a rapidly progressive, life-threatening syndrome of excessive immune activation. Prompt initiation of treatment for MAS is essential for the survival of affected patients. The immediate aim of therapy in MAS is to suppress the uncontrolled hyperinflammation with immunosuppressive/immunomodulatory agents or cytotoxic drugs. The combined use of immunosuppression and chemotherapy must interrupt the inflammatory cascade resulting life-saving [8].

A general therapeutic protocol for MAS is not available: first line-treatment is usually represented by parenteral administration of high dose corticosteroids (intravenous infusion of methylprednisolone at the dose of 30 mg/kg/day or 1 g/m2 for 3-5 days). Mild forms are reported to respond to steroids alone in association with supportive medicaments. Steroid-resistant cases or the most severe forms of MAS require the addition of cyclosporine A: treatment usually begins with the intravenous infusion of 3-7 mg/ kg/day, shifted to the oral administration after few days, but the whole duration of therapy cannot be foreseen. Corticosteroids and cyclosporine are the most used drugs in MAS due to their clinical efficacy, but other therapeutic regimens have been studied such as high-dose intravenous immunoglobulins, antithymocyte globulins, etanercept, etoposide and plasmapheresis, antiinterleukin- 1 (anti IL-1) or IL-6 treatment is used. Anakinra (IL-1 alpha ve beta inhibition), kanakinumab (IL-1 beta inhibition) [9,10].