Marine Ecosystem and its Detrimental Consequences Pertaining to Chemical Oceanography 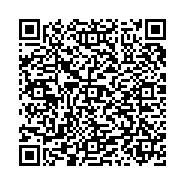 Plate tectonics and seafloor spreading, turbidity currents, sediments, pH levels, atmospheric elements, metamorphic activity and ecology all influence marine chemistry, often known as ocean chemistry or chemical oceanography. Chemical oceanography is the study of the chemistry of marine environments, including the effects of various variables. Marine ecosystems are sensitive to changes in ocean chemistry and marine life has evolved to the chemistries specific to the earth's seas. Human activity has had a growing impact on the chemistry of the earth's oceans with pollution from industry and diverse land-use patterns having a considerable impact on the oceans.

Furthermore, rising carbon dioxide levels in the atmosphere have resulted in ocean acidification, which has detrimental consequences for marine ecosystems. The international community has agreed that repairing the ocean's chemistry is a top priority and progress toward this goal is tracked as part of the Sustainable Development Goals. Chemical oceanographers are interdisciplinary scientists who research the distributions and reactions of naturally occurring and manmade chemicals on a molecular to global scale. Chemical oceanographers commonly work on problems including physical oceanography, geology and geochemistry, biology and biochemistry and atmospheric science due to the interconnectedness of the ocean. Many chemical oceanographers study biogeochemical cycles with the marine carbon cycle attracting particular attention due to its significance in carbon sequestration and acidification. Analytical chemistry of the seas, marine pollution and human climate change are some of the other important subjects of interest. CDOM is believed to make about 20%-70% of the carbon content of the oceans with concentrations higher near river mouths and lower in the open ocean. Marine life has a biochemistry that is quite similar to that of terrestrial organisms, with the exception that they live in a salty environment. Marine creatures are the most prolific source of halogenated organic compounds as a result of their adaptability. Extremophiles thrive in extreme temperatures, pressures, darkness and the ocean offers them with unique marine settings. A global scale ion-exchange system is seafloor spreading on mid-ocean ridges. Iron, sulphur, manganese, silicon and other elements are released into the ocean by hydrothermal vents near spreading centres and some of these elements are recycled into the ocean crust. Hydrothermal vents generate helium, an isotope associated with mantle volcanism that can be found in plumes inside the ocean. On mid-ocean ridges, spreading rates range from 10 to 200 mm per year. Increased basalt interactions with seawater are caused by rapid spreading rates. Because more magnesium ions are removed from saltwater and eaten by the rock and more calcium ions are removed from the rock and returned to seawater, the magnesium/calcium ratio will be lower. The ridge crest's hydrothermal action is effective in removing magnesium. Low-Mg calcite polymorphs of calcium carbonate are more likely to form when the Mg/Ca ratio is low. When substances utilized or spread by people such as industrial, agricultural, residential trash, particulates, noise, excess carbon dioxide, or invading creatures, reach the water and have adverse impacts, this is referred to as marine pollution. The majority of this trash (80%) comes from land-based activities, although marine transportation also plays a considerable role. Because the majority of inputs come from land, whether through rivers, sewage or the atmosphere, continental shelves are more susceptible to pollution. Air pollution contributes to ocean contamination by transporting iron, carbonic acid, nitrogen, silicon, sulphur, pesticides, and dust particles. Nonpoint sources of pollution, such as agricultural runoff, wind-blown debris and dust are common. The majority of these nonpoint sources are due to runoff that enters the ocean through pipes. The capture of carbon dioxide from the atmosphere causes ocean acidification, which is the continual reduction in the pH value of the Earth's seas. The burning of fossil fuels by humans is the primary cause of ocean acidification. The amount of carbon dioxide absorbed by the ocean grows in lockstep with the amount of carbon dioxide in the atmosphere. This causes a chain of chemical reactions in the seawater, which has a deleterious impact on the ocean and marine life. Carbonic acid is formed when carbon dioxide dissolves in seawater. Chemical oceanographers gather and quantify compounds in saltwater using analytical chemistry tools such as pH meters, electrical conductivity meters, fluorometers and dissolved CO2 meters, as well as other instruments. The majority of data is gathered via shipboard measurements and autonomous floats or buoys, but remote sensing is also employed. A CTD is used to detect electrical conductivity, temperature and pressure on an oceanographic research vessel and is frequently mounted on a rosette of Nansen bottles to collect seawater for study. A box corer or a sediment trap are widely used to study sediments and older sediments can be recovered through scientific drilling.