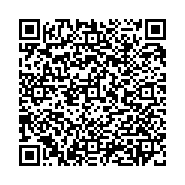 Since the majority of antivirals are thought to be somewhat safe for the host, they can be used to treat infections. Contrast these with viricides, which aren't medications but instead deactivate or kill viral particles inside or outside the body. Some plants, like eucalyptus and Australian tea, naturally produce viricides.

The majority of antiviral medications currently on the market are intended to treat HIV, herpes, hepatitis B and C, as well as influenza A and B viruses. Finding therapeutic targets that would interfere with the virus without also hurting the cells of the host organism is challenging because viruses utilise the host's cells to proliferate. Additionally, viral diversity contributes significantly to the difficulties in creating vaccinations and anti-viral medications.

The development of antivirals is a result of significant advancements in the techniques for discovering new drugs, a greater understanding of the genetic and molecular function of organisms that has allowed biomedical researchers to comprehend the structure and function of viruses, and pressure on the medical community to address the Human Immunodeficiency Virus (HIV), which is the cause of acquired immunodeficiency syndrome.

Anti-viral targeting: The main goal of current antiviral medication development is to find viral proteins or segments of viral proteins that can be inhibited. To lessen the possibility of adverse effects, these "targets" should typically be as unlike to any proteins or portions of proteins found in humans as feasible. In order for a single treatment to be effective across a wide range of virus strains, or even across distinct species of virus within the same family, the targets must also be shared. For instance, a researcher may focus on a vital enzyme that is produced by all strains of the virus but not by the patient and investigate what can be done to prevent it from functioning. By introducing the gene that produces the target protein into bacteria or other types of cells, the target proteins can be produced in the lab for testing with potential treatments. The protein is then produced in large quantities by the cells, which can then be exposed to different treatment options and assessed using "rapid screening" technologies.

Approaches by virus life cycle stage: Viruses are made up of a genome and occasionally a small number of enzymes that are kept in a protein capsule called a capsid and occasionally covered with a lipid layer known as an "envelope." Since viruses are unable to reproduce on their own, they spread by controlling a host cell to make copies of them, giving rise to the following generation.

Researchers trying to create antivirals using such "rational drug design" techniques have attempted to combat viruses at every stage of their life cycles. It has been discovered that some types of mushrooms contain several antiviral compounds that work together in a similar manner. The specifics of viral life cycles vary depending on the type of virus, but they all follow the same general pattern:

1. Joining with a host cell.

2. The virus releases its genes and perhaps its enzymes into the host cell.

3. Viral components are replicated using the machinery of the host cell.