Molecular Detection of Human Enterovirus in Raw and Treated Wastewater from a Sewage Treatment Plant in Mahdia, Tunisia 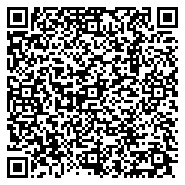 Enterovirus infections are a frequent cause of morbidity around the world. The present study was performed to evaluate the effectiveness of sewage treatment for the removal of Enterovirus from wastewater and to compare environmental strains with clinical strains detected in the same region during the same period in order to study the impact of the quality of sewage treatment on public health. A total of 96 wastewater samples collected from March 2012 to February 2013 at entry and exit points from sewage treatment plant of Mahdia, Tunisia were analyzed for EV with an RT-PCR assay. Enteroviral RNA was detected in 24 (25%) sewage samples and circulates throughout the year with predominance during autumn. The strains were identified in 12.5% samples and belong to echovirus subtype. Environmental strains detected were genetically related to those identified in patients with aseptic meningitis in the same region which suggests a correlation between water contamination and aseptic meningitis.

Enteroviruses (EV) are small non-enveloped and single stranded RNA viruses that belong to the Picornaviridae family. They display a high genetic diversity, thus human EV genus includes more than 100 serotypes classified into 4 species: Human EVA, EV-B, EV-C (including PV types), and EV-D [1,2]. Human EV can cause a wide range of diseases but the most serious clinical syndromes caused by nonpolio enteroviruses (NPVE) are myocarditis, pericarditis, flaccid paralysis and clinical manifestations of central nervous system infection such as meningitis, encephalitis, and acute flaccid paralysis [3]. Aseptic meningitis, is the most common disease associated with enteroviral infections, hence EV causes about 80% of worldwide cases [4,5] and can be associated with large outbreaks [6].

EV are waterborne viruses, they can be transmitted via fecal-oral routes from contaminated water [7,8]. They are stable and persistent in environmental waters [9,10]. Thus, wastewater treatments are considered as a crucial step to allow the elimination of these viruses. However, different studies demonstrate their presence in treated wastewater [11,12] and consequently it can contaminate irrigated plants, vegetables and fruits. Inadequately treated sewage water could also contaminate potable water [11] and therefore is considered as a serious risk to public health. Moreover, environmental and clinical surveillance of EV simultaneously might determine temporal and geographical patterns of virus circulation [13,14] and help in serotypes disease association studies [15].

This study aims to reveal the incidence of EV in STP located in Mahdia and to find a correlation between EV strains isolated from both sewage and clinical samples. Sequence alignements and phylogenetic analysis of the viral gene encoding the VP1 were performed using Bayesian phylogenetic method to determine the timeline of both environmental circulating strains and EV outbreaks.

Once a week, one raw influent sample and one treated sewage sample were collected from March 2012 to February 2013 in a sewage treatment plant (STP) located in Mahdia. Samples were stored at +4°C until their concentration.

Viral nucleic acids were extracted from 100 μL of concentrate samples with a Tri reagent kit as described by Chomczynski et al. [19]. After processing, viral RNA was eluted in 50 μL of RNase-free water. RT-qPCR assay was performed for EV genome detection using the Thermocycler (eppendorf mastercycler personal). Primers (Table 2) were developed from the 5’untranslated region alignments as described by Zoll et al. [20].

Genotyping of EV strains detected from sewage was performed by sequencing the viral gene encoding the VP1 and/ or the genome segment comprising the VP4 and partial VP2 (5’ end) encoding genes with a previously described method [21]. Enteroviral RNA extracted from sewage was used for complete VP1 gene amplification and/or amplification of complete VP4 and partial VP2 encoding sequences. The PCR products obtained were subject to nucleotide sequencing on an ABI 3500 DX automated sequencer (Applied Biosystems, Foster City, CA, USA). Identification of EV types was carried out by comparative analysis of contig sequences with all nucleotide sequences available in GenBank and the viral sequence in each sewage sample was assigned the serotype of the strain that gave the highest identity score [21]. The nucleotide sequences obtained were deposited in the European Molecular Biology Laboratory database under the accession numbers LT883144-LT883146.

The VP1 sequences determined in sewage were aligned with those of the homologous EV types determined in our earlier study in CSF specimens from patients with aseptic meningitis [22] and with GenBank sequences of various geographic and temporal origins. The time origin of virus lineages was estimated with a Bayesian phylogenetic method through a Markov Chain Monte Carlo (MCMC) process implemented in the BEAST programme v1.8.4 [23]. The Bayesian skyline model [24] was used as tree prior under a relaxed molecular clock model. MCMC analyses were run for 60 million generations, sampling a tree every 3000 steps. Maximum clade credibility (MCC) trees were produced, and statistical support for the tree nodes was assessed by their posterior probability (pp). Time to the most recent common ancestor (tMRCA) was calculated at relevant nodes of the MCC tree; statistical uncertainty was estimated as a 95% highest posterior density interval.

Table 1: Number and percentage of EV positive samples detected in raw and treated sewage from a wastewater treatment plant in Mahdia, Tunisia.

Viral strains were typed with the capsid VP1 sequences in 3/24 wastewater samples. Thus, E-5, E-18, and E-33 types were identified in those three samples and were detected in one sewage sample each. The PCR assay directed at the 5’ region of the EV genome (amplification of complete VP4 and partial VP2 encoding sequences) was performed in the 21 samples for which PCR assay directed at the VP1 encoding sequence did not detect any viral genomic sequence but no VP4/VP2 product could be amplified (Table 2).

Table 2: Enterovirus genome 5’ NCR primers used for RT-PCR assay. *According to the complete genome of coxsackievirus B3 (accession number AJ420884).

The seasonal distribution of EV positive samples collected from entry and exit points of wastewater treatment plant in Mahdia is shown in Figure 1. This temporal distribution shows that the strains were found throughout the year except February and May and they occurred in a peak during autumn (41.6%).

Correlation between Strains Isolated in Sewage and Clinical Samples

The comparison of clinical [22] and environmental data showed that E-5 and E-18 strains were detected in both types of sample. The phylogenetic comparison of complete VP1 sequences determined in sewage and clinical isolates [22] is shown in Figure 2. Figure 2: Phylogenies of virus strains assigned to two EV types identified in sewage and clinical samples collected in Mahdia. The chronogram trees were inferred with the complete VP1 encoding sequences of echovirus 5 (A) and echovirus 18 (B) obtained from sewage and clinical samples and those retrieved from GenBank. The phylogenetic relationships were inferred with a Bayesian method using a relaxed molecular clock model. The circle size of tree nodes and the thickness of branches are proportional to posterior probability (pp). The tMRCA values and ranges are indicated for relevant nodes shown with arrows. Each tip branch represents a sampled virus sequence. The branches labelled with lozenge and triangle indicates virus strains identified in sewage and clinical samples collected in Mahdia respectively.

In 2012, sewage and clinical samples collected in the same region (Mahdia) were infected by the same E-5 variant (pp=1) which arose in late 2011 (Figure 2A). This virus was genetically related to strains sampled in a nearby area (Monastir, Tunisia) but also in a distant area (France) in 2013 (tMRCA=2011.32).

The E-18 sequence recovered from sewage in Mahdia had a recent common ancestor (pp=1, tMRCA=2011.66) with the virus variant detected in Tunisia between 2012 and 2013. This lineage included an E-18 strain recovered in clinical samples collected in Mahdia in 2012.

The present study shows that EV were detected in 25 % of the wastewater samples which agrees with the results described in other studies that reported the EV detection in sewage with frequencies ranging from 6.2 to 100% [7,25-27]. EV was present both in raw (37.5%) and treated sewages (12.5%) which prove their resistance to the various STP processes. It is difficult to achieve a total removal of EV by the usual wastewater biological treatments, especially as in Mahdia, as well as in other regions in Tunisia, STP doesn’t use tertiary level treatment. Thus Sewage treatment processes are only partially effective at removal of viruses, and the discharge of STP effluents may constantly release human viruses into the marine environment [17]. In the environment, enteric viruses have properties that make them very stable where they may resist and still infectious after several months [28-30]. EV subsequently become pollutants in environmental waters resulting in human exposure through the use of sewage-contaminated surface water for recreation, shellfish culture, or drinking water production [11].

Generally, in temperate climates, EV detection varies among seasons with the occurrence of EV infections during the summer and fall seasons. In the present study, sporadic detection of EV in sewage samples were observed throughout the year with a peak in autumn which is in agreement with a previous study conducted in Tunisia during 12 years and showed a seasonal variation in EV detection with low period of transmission during winter and high period of transmission from March to November with a peak in autumn [31].

EV was confirmed as a common viral agent involved in aseptic meningitis by a study reported in the coastal region of Tunisia (Mahdia-Monastir) between 2011 and 2013 [22]. The detection of EV in sewage in the present study carried out between 2012 and 2013 in Mahdia suggest a correlation between clinical and environmental strains identified in the two studies. Thus detection of E-5 and E-18 in wastewater in the current study is in accordance with our previous results where both these two EV types were identified in patients with aseptic meningitis.

Phylogenetic analysis showed that E-5 and E-18 sequences determined from environmental and clinical samples were closely related to each other. Thus the same virus variant of each E-5 and E-18 genotypes was identified in both types of samples. tMRCA estimated at relevant nodes of phylogenetic groups showed that the virus variants of each type emerged less than one year before their spread. In fact, our results suggest that environmental strains might directly correlate with aseptic meningitis in the studied population.

In conclusion, our study shows that wastewater treatment used in Tunisia is far from being virologically effective which represents a public health risk by waterborne transmission of viruses. This suggests the transportation of EV between wastewater and human and the correlation between water contamination and aseptic meningitis. Further investigations with larger samples are now needed to substantiate the relation between aseptic meningitis and strains circulating in the environment and to understand the mechanisms of viral transmission.