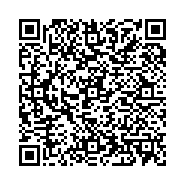 Adsorption is important in a variety of activities, including catalysis, sensing, and the creation of nanomaterials. However, measuring molecule adsorption, particularly at the nanoscale, is difficult, preventing research into its application on nanomaterials with variability across length scales. We show how non-fluorescent small molecule/ion and polymer ligands bind to gold nanoparticles of different morphologies in situ under ambient solution conditions, where these ligands are important for the particles' physiochemical characteristics. We discover positive/negative adsorption cooperativity and distinguish their adsorption affinities across various locations on the same nanoparticle at nanoscale precision, both crucial for understanding adsorbatesurface interactions. We discover crossover behaviours of ligand adsorption between different particle facets by considering the surface density of adsorbed ligands, leading to a strategy and its implementation in facet-controlled synthesis of colloidal metal nanoparticles by simply tuning the concentration of a single ligand.

Adsorption is important in a variety of processes in everyday life, research, and industry, such as purification, separation, and decontamination using differentiated adsorption affinities or kinetics; catalysis for reactant activation or catalyst poisoning; and sensing using adsorption-induced physicochemical changes. Adsorption of molecules on nanoparticles can help to stabilise solution dispersion, regulate morphology during synthesis, improve surface functionality, and restrict catalytic activity. Understanding quantitatively the adsorption behaviours of molecules on surfaces is critical for improving these applications or exploring new ones. Many factors, including the distinction between adsorbed and free molecules, the often-miniature quantities of adsorbates, solvent interference, and in homogeneities of the adsorbent surfaces over different length scales, make it difficult. Adsorption on nanoparticles is complicated by their small sizes, multiple surface facets, and inherent heterogeneity, necessitating high-resolution, high-sensitivity, and quantitative measurements, whereas bulk measurements average over many particles, masking adsorption differences at the single-particle or sub-particle level.

We map the adsorption of small molecule/ion and polymer ligands on individual gold (Au) nanoparticles of different morphologies under ambient solution conditions using COMPEITS, which is capable of imaging non-fluorescent surface processes in situ and at nanoscale resolution. Shape-controlled synthesis, solution stabilisation, surface functionalization, and catalytic poisoning of nanoparticles of different compositions all need these ligands. We measure their adsorption affinity and discover positive/negative adsorption cooperativity, which might change even across distinct nanoparticle locations. We also uncover ligand adsorption crossover behaviours between various nanoparticle facets, which lead to a method and its application in facettuned colloidal metal nanoparticle production.