Opportunities for Production of Biosynfuels via Bio-Oil Gasification

Copyright: © 2016 Mbamalu ON, et al. This is an open-access article distributed under the terms of the Creative Commons Attribution License, which permits unrestricted use, distribution, and reproduction in any medium, provided the original author and source are credited. 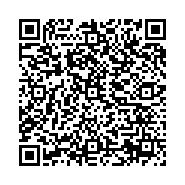 In this paper, the analysis and comparison were performed to our testified viewpoint mainly based on the published documents including reviews, research papers, books, academic dissertation and technical reports. The evaluation criteria of liquid biofuel production technologies included the operating cost of liquid biofuel production, the heating value and water tolerance of liquid biofuels. The operating cost includes biomass feedstock costs, transport costs, labor costs, the capital depreciation, utilities fees, and so on. Heating value is usually thought of as the amount of energy in a gallon of fuel. This index is very closely related to the number of miles traveled on a gallon of fuel-miles per gallon (mpg). Some drivers also term it as fill-up frequency. Water tolerance is very important for separation and refinement of fuels due to the high possibility of contact with water. So the liquid biofuels with good non-hydrophilic property are highly desirable.

On the basis of technical and economic analysis, the petroleum-based motor fuels industry is characterized by giant refineries, processing petroleum at a rate equivalent to gigawatts of power. This situation exists because plant operating costs are driven by economies of scale, which causes plant operating costs to increase more slowly as a plant gets bigger. Thus, it is evident that the unit cost of the motor fuel from fossil fuel feedstocks decreases as the plant gets bigger. However, the highly wide distribution of the biomass and its low annual yields (usually less than 10 ton per hectare (dry and ash-free) result in that the delivery cost for per unit of biomass fuel increases following the increasing capacity of the plant because of the long-distance transportation [4]. Moreover, transporting large volumes of biomass would have serious impacts on transportation infrastructure and communities near the plant. To overcome these disadvantages of biomass, bio-oil must be produced at a scale matching the size of costefficient biomass collection and storage. For instance, all the biomass were transported to the nearest harbor, and then shipped together with the many other pyrolysis plants to a central site, where bio-oil is gasified and the syngas catalytically converted to biosynfuels such as ethanol, methanol, higher alcohols, dimethyl ether and Fischer Tropsch diesel at any desirable time [5]. In fact, a unit cost for biomass transportation is about $0.7132 per ton per mile; nevertheless, the unit cost for bio-oil transportation is about $0.14 per ton per mile. Low transportation costs will result in larger optimally sized biosynfuel production facilities and lower unit costs for biosynfuels. Hence, distributed processing of biomass into bio-oil followed by gasification of the bio-oil and catalytic conversion of syngas to biosynfuels offers cost advantages over the traditional system of centralized biomass gasification and F-T synthesis or CO hydrogenation. An additional advantage of distributed processing is non-sensitive to variations in delivery costs and crop yields. This is very important because delivery costs are hard to predict due to variations in transportation fuel costs, and regional considerations. Distributed processing is combined with very large centralized bio-oil processing plants that accept bio-oil for catalytic upgrading to transportation fuels, achieving costs as low as $1.43 for total fuel production capacities in excess of 2500 million gge (gallon of gasoline equivalent). While, a study indicates that a traditional plant of centralized biomass gasification and F-T synthesis can produce Fischer-Tropsch liquids for $1.53 per gallon of gasoline equivalent (gge) in an optimally sized plant of 486 million gge per year [6,7]. These facts would also probably be enough to make the biosynfuels derived from biogasification and subsequent CO hydrogenation economically competitive with traditional fossil fuels.

The vast majority people think of ethanol as the only liquid biofuel, and ethanol produced from biomass is already used in automotive fuels as a high-octane, oxygenated additive to improve combustion, which allows clean air standards to be met. Converting woody biomass to ethanol requires breaking down the compact plant tissues into dissociated cellulose, hemicelluloses, and lignin [8]. Most of cellulose and hemicelluloses can be further converted into fermentable sugars via enzymatic hydrolysis, while lignin cannot be converted to sugars due to its special structures, constitutes up to 40% of its stored energy. Additionally, the production of anhydrous alcohol from ethanol fermentation liquor needs an energy intensive constant boiling and fine distillation. Furthermore, the drawback of using ethanol as a complete replacement for gasoline is not only the high cost but also its lower energy density. It was reported that ethanol has only two-thirds the energy density of gasoline [9,10]. The production of biosynfuels from bio-oil gasification and subsequent CO hydrogenation has many obvious advantages. Firstly, converting biosynfuels into Fischer Tropsch diesel and dimethyl ether are essentially the same as those currently derived from petroleum, except that they are made from bio-oil gasification. Therefore, it will not be necessary to modify the existing infrastructure (e.g. pipelines, engines) and biosynfuel refining processes can be shifted into the fuel production systems of existing petroleum refineries. Secondly, biosynfuels are energy equivalent to fuels derived from petroleum. By contrast, the lower energy density of ethanol will be no penalty in gas mileage with biosynfuels as Fischer Tropsch diesel and dimethyl ether. Thirdly, even if the production of ethanol from bio-oil gasification and subsequent CO hydrogenation is considered, an expensive, energy-consuming distillation step is unnecessary. Fourthly, such biosynfuels via bio-oil gasification are produced at high temperatures, which allows for faster conversion reactions in smaller reactors. The transformation of biomass into biosynfuels occurs four to five orders of magnitude faster than biological routes, permitting reactor systems that are several thousand times smaller. Thus, processing units can be placed close to the biomass source or even transported on truck trailers. Fifthly, the amount of water needed for processing such biosynfuels via bio-oil gasification can be greatly reduced (e.g. the water-gas-shift reaction can be necessary for the adjustment of H2/CO ratio in syngas via bio-oil gasification for each of the target biosynfuel products), compared with the dilute sugar solutions to which enzymes are constrained. Finally, heterogeneous catalysts used in F-T synthesis or CO hydrogenation are inherently recyclable [11]. Therefore, they can be used over the course of months and even years, which significantly reduces the costs as compared to biological catalysts. The elimination of energy-intensive distillation, the higher reaction rates, and the much smaller process footprints finally lead to lower biofuel costs than currently available biological pathways for producing cellulosic ethanol. Furthermore, from a purely economic perspective, biochemical cellulosic ethanol requires a plant of 240 million gge capacity to produce cellulosic ethanol at minimum operating cost of 1.78 $/gge, which is the highest in the three kinds of processes involved in this short commentary [4,12].

Although syngas can be produced by biomass gasification and then can be converted into biosynfuels, biomass gasification may have some disadvantages [13-16]. Firstly, Biomass gasification conditions usually do not match properly with syngas requirements. Direct biomass gasification is carried out at relatively low temperatures with air or with steam/oxygen mixtures, to avoid ash melting. The syngas produced therefore contains large amounts of nitrogen (when air is used), and high tar and methane concentrations [17,18]. These inert compounds reduce the selectivity and reactivity of catalysts applied in further processing. Operation of direct biomass gasification on pure oxygen requires steam to decrease the gasification temperature. Secondly, pressurization of biomass is expensive, and biomass gasifiers are yet developed for atmospheric conditions only. High pressure syngas processing requires expensive syngas compression to about 60 bar. Finally, the design of biomass gasifiers is different, due to the special requirements for the solid biomass handling [19]. Nevertheless, the use of bio-oil instead of solid biomass not only offers a simple way to diminish transportation costs and facilitates the gasification process, but also has the following advantages, (1) Bio-oil is a uniform and easy to handle (pumping, atomization, pressurization); (2) Bio-oil is relatively clean, which facilitates the secondary processing by using catalysts in Bio-oil production can be adapted to local conditions of biomass price and availability, however, its utilization for large scale gasification (for example for FT fuel synthesis) will be centralized on an appropriate location (industrial area near a harbor). The logistics of collection, transport, storage, and especially loading and discharging of a liquid, are expected to be much simpler and cheaper than that for solid biomass. The above-mentioned comparison encourages considering gasification of bio-oil as alternative to the gasification of solid biomass, which is a primary step in a large scale FT synthesis or CO hydrogenation for production of biosynfuels. In that case, a conventional entrained flow gasifier can be used [20]. This reactor is quite common in large scale oil gasification plants. Its scaling-up rules are simple, it has a high conversion efficiency and the gas quality is excellent (low tar concentrations and little methane) due to the high temperatures applied (1200 to 1500°C, depending on whether air or oxygen is used). Although the entrained flow reactor is being applied for pulverized coal gasification, it has never been considered for solid biomass gasification. The reason for that are not clear, but probably related to the following aspects: Firstly, pre-treatment of solid biomass to a dry pulverized feed stock (<20 μm) is quite expensive and it cannot be crushed like coal; secondly, feeding fine, fluffy, and low density biomass into a pressurized reactor is difficult and expensive. To sum up, due to simplification of the feeding technology, improved gasification efficiency, cheaper gasification equipment, less expensive gas cleaning, etc., bio-oil gasification is certainly attractive as an alternative technology of solid biomass gasification [21].

In the overall conversion chain, fast pyrolysis is a relatively mature technology. For instance, the Canadian company, Dynamotive Corporation, built a fast pyrolysis plant in Guelph in 2006 with a design capacity of 200 tons per day. In the beginning of the 1990s, Ensyn Technologies Inc., in Ottawa, developed industrial applications for their so-called Rapid Thermal Processing (RTP), in which woody biomass is converted to pyrolysis liquids as a source of valuable chemicals and fuel. By 2007, eight RTP™ plants had been in commercial operation, ranging from 1 to 100 t/day [5]. Biomass Technology Group (BTG), in Netherlands, scaled up Wagenaar’s rotating cone reactor technology, and sold the world’s first commercial fast pyrolysis unit of 50t/d on so-called Empty Fruit Bunch (‘EFB’) to Malaysia in 2004 [22]. Moreover, if the clean syngas with the desired H2/CO-ratio are produced from gasification of bio-oil, the tail-end steps, namely catalytic conversion of the syngas into liquid synthetic fuels, which is identical for all XTL- processes including CTL (coal to liquid), GTL (gas to liquid) and BTL (biomass to liquid). In fact, BTL plants can apply the known technology of the CTL and GTL with minor modifications. Therefore, for the overall conversion chain, bio-oil gasification for the production of the high-quality syngas with the required H2/CO-ratio plays a significant role.

Distributed fast pyrolysis of biomass to bio-oil followed by gasification of the bio-oil and catalytic conversion of syngas to Fischer-Tropsch liquids offers an operating cost advantages over other liquid biofuel production processes. In the distributed processing pathway, the Fischer-Tropsch liquids obtained are just diesel or gasoline which have high energy density and are nonhydrophilic. The realization of the pathway depends almost entirely on bio-oil gasification because not only the transportation cost of bio-oil is much lower than that of solid biomass and but also the production of the high-quality syngas with the required H2/CO-ratio largely relies on the development of bio-oil gasification technologies. To sum up, production of biosynfuels via bio-oil gasification will have a bright prospect and a great technology and market potential.

The authors wish to express their gratitude for the special research project of the public service industry of China (201503135- 18), the financial support from Natural Science Foundation of China (31430092), the program of International S&T Cooperation of China (2015 DFG31860), the National Natural Science Foundation of Shaanxi Province (Grant No. 2015JQ3067) and the Yulin Science and Technology Plan Projects (2014cxy-03, M. Q. Zhu).