Oxidation of Piperazines by Bromamine-B in Acidic Buffer Medium: A Kinetic and Mechanistic Study. 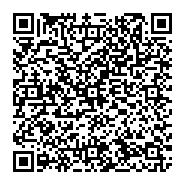 The kinetics of oxidation of piperazine and its derivatives, 1-methylpiperazine and 1-ethylpiperazine, by N-sodio-N-bromobenzenesulfonamide or bromamine-B (BAB) in pH 4.0 buffer has been investigated at 303K. The reaction rate shows a first-order each on [BAB]0, and [Piperazine]0, and an inverse fractional-order dependence on[H+]. Additions of reaction product, benzenesulfonamide, or bromide ions and the variation of ionic strength of the medium have no influence on the reaction rate. The reaction has been studied at different temperatures and activation parameters have been calculated. A general mechanism consistent with the preceding kinetic data has been proposed and the rate law derived. The protonation constants of piperazine and its substituted derivatives have been evaluated. The Hammett correlation of substituent effect shows a linear free energy relationship with ï² = -0.75 indicating that electron donating centers enhance the rate of reaction. An isokinetic temperature of ï¢ = 393 K indicates that enthalpy factors control the reaction rate.

The chemistry of a class of N-metallo-N-halo aryl sulfonamides, known as N-halo amines, attracted the attention of many investigators due to their diverse behavior. Their versatile nature is attributed to their ability to act both as electrophiles and nucleophiles [1]. As a result, these compounds interact with a wide range of functional groups in aqueous, partially aqueous and non-aqueous media in the presence of acids or bases, and the reduction products obtained are the respective sulfonamide and sodium halide [2]. The dominant members of the class of chlorocompounds are chloramine-T (CAT) and chloramine-B (CAB). A review of the literature reveals that although the reaction of aromatic sulfonylhaloamines have been known and extensively investigated [1-7], there is not much information[8-11] available on the reaction of corresponding bromamines, bromamine-T and bromamine-B. Sodium N-bromobenzenesulfonamide or bromamine-B (BAB, C6H5SO2NBrNa. 1.5 H2O) has gained importance as a mild oxidant and it is readily prepared by brominating chloramine-B. Bromamine-B is found to be a most potential oxidant among these N-halo amines. There are but a few reports[12-14] on the kinetics of oxidation of organic substrates by BAB as compared to the studies with haloamines as oxidants from a mechanistic view point.

Piperazine is a heterocyclic nitrogenous compound [15] and has chemical similarity with piperidine except that it has two opposing nitrogen atoms. In both animal and man, piperazine and its salts are known to be highly effective as anthelmintics [16]. It is used in the treatment of gout and is an excellent solvent for uric acid [16,17]. Many uses of piperazine derivatives have been suggested [18]. The more important among these are as intermediates for tranquilizing agents and antihistamines, insecticides, fungicides, bactericides, analgesics, antispasmodics, filaricides and anthelmintics. Also some derivatives have been investigated for the treatment of cancer also [19-20] radiation sickness[21] and anginapectoris [22].The literature survey reveals that kinetic investigations of reaction of piperazines with iron(II) and cobalt(III) have been reported by Aravindakshan and Muraleedharan [23]. Further there was no information available on oxidation of piperazine by oxidants including BAB with regards to the kinetic and mechanistic point of view. Therefore, studies on the mechanism and rate law for this redox system were absent. Hence, the oxidation of piperazines with BAB adds to the knowledge of redox chemistry. These facts prompted us to under take the present kinetic investigation.

Bromamine-B was prepared by the partial debromination of dibromamine B (DBB) which was obtained by the bromination of CAB using a reported method[24]. Chloramine-B (30 g) was dissolved in 560 mL water to which liquid bromine (6 mL) was added drop wise with stirring. A yellow precipitate of DBB formed was washed with water, filtered, suction and dried in a vacuum desiccator. Dibromamine-B (31.5 g) was digested in batches with constant stirring in 50ml of 4.0 M NaOH. The resulting mass was cooled in ice, filtered under suction and the product (BAB) was dried over anhydrous calcium chloride. The purity of BAB was tested iodometrically and through IR and NMR spectral data[25]. An aqueous solution of BAB was prepared, standardized by iodometric method and preserved in an amber colored bottle, until used, to prevent its photo chemical deterioration.

Piperazines (Spectrochem) of acceptable grades of purity were used without further purification. Fresh aqueous solutions of piperazine were prepared as required. All other chemicals used were of acceptable grades of purity. A constant ionic strength of the reaction mixture was maintained at 0.1 mol dm-3 by adding required amount of a concentrated NaClO4 solution. Triply distilled water was employed for preparing aqueous solutions. A pH 4.0 buffer solution of acetic acid and sodium acetate was prepared[26] and its pH value checked with a pH meter.

Kinetic runs were performed under pseudo-first order conditions of a large excess of the substrate over BAB at 303K. For each run requisite amounts of piperazine, NaClO4 (to maintain a constant ionic strength), and a buffer of known pH were mixed in a stoppered Pyrex glass tube whose outer surfaces were coated black. Required amount of water was added to maintain a constant total volume. The tube was thermostated in a water bath at a given temperature. To this solution, was added a measured amount of pre-equilibrated BAB solution to give a known over all concentration. The reaction mixture was shaken for uniform concentration. The course of the reaction was monitored iodometrically by titration of unreacted BAB in known aliquots (5 mL each) of the reaction mixtures with drawn at regular time intervals. The reactions were followed for more than two half lives. The pseudo first- order rate constant (k´) calculated from the linear plots of log[BAB] vs time. The regression analysis of the experimental data was carried out on origin 5.0 HP computer to obtain the regression coefficient, r.

Varying ratios of oxidant-to-piperazine in the presence of pH 4.0 buffer were equilibrated at 303K for 24 h. The unreacted BAB in the reaction mixture was determined iodometrically, indicated that one mole of piperazine consumed one mole of BAB to give the corresponding N-oxide which is stoichiometrically represented as in eq. (1).

Figure 1: GC-Mass spectrum of piperazine-N-oxide with its molecular ion peak at 102 amu

The kinetics of oxidation of piperazine and its derivatives by BAB were investigated at several initial concentrations of the reactants in pH 4.0 buffer medium. Under comparable experimental conditions, the oxidation kinetic behavior was compared for all three piperazines. Pryde and Soper[28], Morries et al.[29] and Bishop and Jennings[30] have shown the existence of similar equilibria in acid and alkaline solutions of N-metallo-N-halo aryl-sulphonamides. Bromamine-B (PhSO2NBrNa) like its chlorine analogue chloromine-T behaves as a strong electrolyte in aqueous solutions forming different species as shown in eqs. (2) – (6).

In acidic solutions, the probable oxidizing species are the free acid (PhSO2NHBr), dibromamine-B (PhSO2NBr2), HOBr, and H2OBr+. The involvement of PhSO2Br2 in the mechanism leads to a second-order rate law, which is contrary to the experimental observations equation (5). As eq. (4) indicates a slow hydrolysis, if HOBr were the primary oxidizing species, a first-order retardation of the rate by the added PhSO2NH2 would be expected, which is contrary to the experimental results eq. (5). According Hardy and Johnston[31], who has studied the pH-dependence of relative concentrations of the species present in acidified chloramine-T solution of comparable molarities, have shown that PhSO2NHBr is the likely oxidizing species, in acid medium.

Furthermore, ultraviolet spectral measurements have shown that piperazine in aqueous solutions has a sharp absorption band at 235 nm, while BAB exhibits a peak around 340 nm both in the presence of pH 4.0 buffer and water. A mixture of BAB and piperazine in the absence of buffer shows a λmax around 330 nm. This indicates no direct reaction between BAB and piperazine and no deprotonation from BAB. However, piperazine in the presence of pH 4.0 buffer showed a λmax of 380 nm, which is a larger shift in λmax indicating the formation of intermediate S´ due to deprotonation of the substrate, piperazine. Based on the preceding discussion the following Scheme 1 is proposed for the reaction Scheme 1. A detailed mode of oxidation of piperazines by BAB in acidic medium: Structures of intermediates are depicted in Scheme 2. Scheme 2. A reaction pathway for the oxidation of piperazines by BAB in acidic medium

From the slow step of Scheme 1,

The rate law (eq. (11)) obtained from Scheme1 is in good agreement with the experimental results, where a first-order dependence each on[BAB]0 and[piperazine]0 and inverse fractional order on[H+]. Structural modification of a reactant molecule may influence the rate or equilibrium constant of a reaction through inductive, polar, steric and resonance effects, which can be used to probe into the reaction mechanism. Out of a number of empirical models proposed in describing the relationship between structure and reactivity, the most successful and extensively investigated is the linear free energy relationship [32] with Hammett equation as the most prominent example. Hammett treatment describes the substituent effects on the rate and equilibria of aromatic molecules. In the present system, structure reactivity relationship is ascertained by utilizing different groups (R = H, CH3, C2H5) at position one on the nitrogen atom of the piperazine ring and tested to fit the results into Hammett equation [33]. The Hammett plot of log k´ vs. σ is reasonably linear (r = -0.9251). From the plot, the value of the reaction constant ρ is found to be -0.75 signifying that the electron releasing groups in the piperazine ring enhance the rate. The positive inductive effect of the substituent increases the electron density on nitrogen of piperazine and subsequently the lone pair of electrons of nitrogen of piperazine easily attacks the electrophilic bromine of the reactive oxidizing species to form N-bromopiperazine as the transition state (Scheme 2). Furthermore, the positive inductive effect of the substituent in the present system increases in the order, H < CH3 < C2H5, justifying the observed reactivity trend of piperazine < 1-methylpiperazine < 1-ethylpiperazine for piperazines oxidations.

The largest activation for the slowest reaction (Table 3) indicates that the reaction is enthalpy controlled, within the reaction series. The variation in the rate may be caused by changes in either the enthalpy or entropy of activation or both, among the recognized categories. Rate changes caused by changes in both enthalpy and entropy of activation quantities in a parallel fashion represent one of the important categories. In this class, enthalpy and entropy of activation are correlated by linear relationship ΔH≠ = ΔH≠0 + βΔS≠, which is the isokinetic relationship and β is the isokinetic temperature. When the experimental temperature T < β, the reaction rate is controlled mainly by the enthalpy change. In the present case of the piperazines oxidations, the two activation parameters are linearly related as shown by plotting ΔH≠ vs ΔS≠ (Figure 3: r = 0.9937). From the slope, the value of isokinetic temperature (β) computed is found to be 393K. The calculated value of β is higher than the experimental temperature of 303K. This suggests that the reaction is enthalpy controlled. The existence of isokinetic relationship is of significance and is very valuable tool to the mechanistic chemist when used as supportive evidence along with other types of data. The large negative value of ΔS≠ indicates a more ordered activated complex and the near constancy of ΔG≠ shows an identical mechanistic pathway in the oxidation of all the three piperazines studied. Furthermore, the independent nature of the rate towards the addition of benzenesulfonamide, halide ion and neutral salts substantiates the proposed mechanism and the rate law derived. Kinetics of oxidation of piperazines using Bromamine-B as oxidant was carried out in acid medium. A mechanism has been proposed and the rate law derived. The Hammett correlation of substituent effect shows a linear free energy relationship with ρ= -0.75 indicating that electron donating centers enhance the rate of reaction. An isokinetic study indicates that enthalpy rather than entropy factors control the reaction rate.