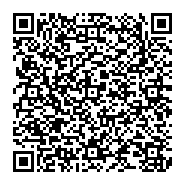 Direct compression is the preferred method for the preparation of tablets [1]. It offers several advantages [2-3]. No table among them are (i) It is economical compared to wet granulation since it requires fewer unit operations (ii) More suitable for moisture and heat sensitive APIs since it eliminates wetting and drying steps (iii) Changes in dissolution profile are less likely to occur in tablets made by direct compression method on storage than in those manufactured by conventional wet granulations process [4]. This is extremely important because the official compendium now requires stringent dissolution specifications in most solid dosage forms. Disintegration or dissolution is the rate limiting step in absorption in the case of tablets of poorly soluble API developed by wet granulation. The tablets manufactured by direct compression technique disintegrate into particles instead of granules that directly come into contact with dissolution fluid and exhibits comparatively faster dissolution
[5].

Direct compression process is mainly influenced by the properties of the excipients. The physico-mechanical properties of excipients that ensure a robust and successful process have good flowability, good compressibility, low or no moisture sensitivity, low lubricant sensitivity, and good machinability even in high-speed tableting machinery with reduced dwell times [6].

The availability of a large number of excipients for co-processing ensures numerous possibilities to produce tailor-made “designer excipients” to address specific functionality requirements. Co-processed excipients are prepared by incorporating one excipient into the particle structure of another excipient using processes such as co-mixing, co-drying etc.

Co-processing of excipients in the pharmaceutical industry can be dated back to the late 1980’s with the introduction of co- processed microcrystalline cellulose and calcium carbonate [8], followed by Cellactose (Meggle Corp.,Wasserburg, Germany) in 1990, which is a co-processed combination of cellulose and lactose. A similar principle was applied in developing Problend, silicified microcrystalline cellulose (SMCC), which is the most widely used co-processed excipient [9].

The objective of the present study is to evaluate Problend application as directly compressible vehicle in tablet formulations and effect of ratio of Problend and disintegrant on various quality attributes of tablets by Quality by design approach.

Atenolol (ATL) 2-(4-{2-hydroxy-3-[(propan-2 yl) amino] propoxy} phenyl) acetamide, was selected as model drug for this study. ATL is a white or almost white powder with a molecular weight of 266.3361 gm/mol. ATL is slightly soluble in water and sparingly soluble in ethanol. The biological half-life of drug (6 to 8 h) also favors for the development of immediate release formulations [10]. ATL having β-blocker therapeutic category, is used widely in various cardiovascular diseases, e.g., hypertension, angina pectoris, arrhythmias, myocardial infarction and in prophylactic treatment of migraine [11]. It is one of the most commonly used β-blockers for hypertension and angina pectoris [12].

Sodium starch glycolate (2-8%) is used as disintegrant in oral pharmaceuticals prepared by either direct compression or wet- granulation processes. It helps in disintegration by rapid swelling and wicking upon contact with water. Wicking is a “whipping” action where material-water interface replaced the material-air or material-material interface spontaneously and helps in maintaining capillary flow [8].

The application of Design of Experiments (DoE) in the pharmaceutical industry is becoming a mandatory as one of the most important development and optimization tool in recent times. It uses a simple experimental design to screen and optimize a number of experimental parameters in formulation development. DoE provides maximum information about the design with fewer initial experiments or trials.

Atenolol and Sodium starch glycolate co-sifted through ASTM 60# sieve, thrice. Transfer co-sifted mixture to blender. Transfer Problend and Filler (microcrystalline cellulose) to the blender. Blend for 15 min at speed of 10 rpm. To this blend add lubrication quantities of pre-sifted (through ASTM60# sieve) magnesium stearate and purified talc. Lubricate for 3 min at 10 rpm.

All the batches of tablets were evaluated for various post-compression parameters like weight variation, friability, and hardness, wetting time, drug content, disintegration and dissolution [13-18].

Wetting times were assessed by determining the time required for a tablet to completely take up water and be visually wetted throughout to the surface. Blue 1 dye was dissolved in slightly heated DI water (37 ± 0.5 °C) to create a 0.1% (W/W) dye solution. Using a dye solution instead of plain DI water made visual evaluation of the endpoint much easier. The types of materials with their dimensions and the volumes of dye solution used during the test are shown in Table 2.

Twenty tablets were selected randomly and crushed to powder. A quantity of this powder corresponding to average tablet weight was dissolved in 100 ml of dissolution medium, stirred for 15 min and filtered. 1 ml of filtrate was diluted to 100 ml with dissolution medium. Absorbance of this solution was measured at 276 nm using dissolution medium as blank and drug content in sample estimated.

Table 4. The Factors and coded range of factorial design.

Preformulation parameters of all formulations F01 to F13 were evaluated i.e. Bulk density, Tapped density, Hausner’s ratio, Angle of repose and shown in Table 6. The results confirmed that all batches exhibited good flow properties as well as packing characteristics. From the results it is clear that quantity of Problend as diluent/filler is satisfactory. At all levels studied all physical parameters were found satisfactory.

For all the formulations bulk densities were observed between 0.52 to 0.58 g/ml. Ideally 0.5 g/mL bulk density is desired for pharmaceutical powders. The investigated model drugs (Atenolol) exhibited poor flow properties in comparison to the examined pre-compression blends prepared using Problend. Hausner ratio>1.4 indicates that Atenolol has very cohesive nature. Powder flow properties of blends F1 to F13 were also found within acceptable limits as Hausners ratio value is ranging from 1.15 to 1.26 suggesting free flowing to fairly flow to pre-compression blends. Similar observation was found for Carr index as well. Carr index values ranging from 13.04 to 20.63. Powder flow is measured in angle of repose value. Values from 25 to 30 shows excellent powder flow and 31 to 35 depict good powder flow property. For the studied blends angle of repose values observed ranging from 28–33 showing excellent to good flow properties. All these above values are extremely desirable for direct compression. Flowability is required in order ensure homogeneous and rapid flow of powder for uniform die filling. During the short dwell-time (milliseconds), the required amount of powder blend should be transferred into die cavities.

It was observed that all the tablet formulations passed the test for weight variation, as the percentage of weight variation was within the pharmacopeial limits. The prepared tablets in all formulations possessed good mechanical strength with sufficient hardness in the range of 5.0 to 7.0 kg/cm2. The tablets mean thickness was almost uniform, between 3.12 and 3.15 mm in all formulations. Friability varied between 0.13% and 0.25%. Friability values less than 1% were an indication of good mechanical resistance of tablets. The drug content in all formulations was highly uniform and in the range of 99.72%- 101.31%. The results of the evaluation parameters of the tablets are depicted in Table 7.

It is an important criteria for determining the capacity of disintegrants to show its effect in presence of little water. By using different concentrations of superdisintegrant and Problend, the wetting time in formulations F01 to F13 are found to be in range of 46 sec to 131 sec respectively as shown in Table 8. The results indicate that all the formulation has quick water absorption tendency and hence minimum wetting time which indicates less time for tablet to disintegrate. Design Expert 12.0 software was used to apply ANOVA on disintegration time so as to examine the relevance and the implication of model under scanner Table 11. The data from multiple regressions has shown that square terms should be maintained in mathematical model to elucidate the response curvature. The Predicted R² of 0.9624 is in reasonable agreement with the Adjusted R² of 0.9966; i.e. the difference is less than 0.2. Adeq. Precision measures the signal to noise ratio. A ratio greater than 4 is desirable. The ratio of 59.851 indicates an adequate signal. This model can be used to navigate the design space. The F-value and p-value demonstrate that whether the model is significant or non-significant. The Model F-value of 497.90 implies the model is significant. There is only a 0.01% chance that an F-value this large could occur due to noise.

The negative values of coefficient estimates B, AB2 specify that disintegration time of Atenolol tablets increased with respect to decrease in corresponding variable.

The positive values of coefficient estimates A, A2, B2, A2B clearly demonstrate that disintegration time of Atenolol tablets increased with respect to increase in corresponding variable.

Figure 2: The Main effect of independent variables on disintegration time (a) contour plot and (b) 3D response surface plot. Figure 3: The Main effect of independent variables on disintegration time by overlay plot.

Table 12. Bulk density, Tapped density, Angle of repose, and Hausner’s ratio of formulations A, B and C (n=3) Mean ± S.D.

Table 13. Average weight, thickness, hardness and friability of formulated tablets A, B and C.

Table 14. Wetting time, disintegration time and drug content of formulated tablets A, B and C.

Table 15. Cumulative% drug release for formulations A, B and C. Figure 4: Graph between% CDR V/S time (min) of formulations A, B and C.

An optimized formulation of IR tablets of Atenolol was prepared by studying design space using QbD approach in this study by direct compression method using Quadratic model of 32 full factorial design employed using silicified microcrystalline cellulose, sodium starch glycolate (independent variables) and disintegration time (dependent variable) with excipients magnesium sterate, talc and sweetner. The overlay plot demonstrate that formulation containing Problend 96.026 mg and SSG 9.3 mg was selected to achieve targeted disintegration time using Quadratic model of 3-level full factorial design by Design Expert version 12 Then, three formulations A, B and C were prepared using different samples of SMCC from Gangwal chemicals like Problend, Competitor 1 and Competitor 2 respectively. The results demonstrate that blend prepared from Problend has shown good flow properties than blends prepared using competitor 1 and competitor 2 SMCC. The formulation A shows 86.52% cumulative drug release which contains the drug Atenolol and Problend SMCC. The formulation A was found to be best among all other formulations because it exhibited good wetting time, faster disintegration time and lower% friability when compared to other formulations.