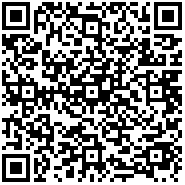 Microwave chemistry is the study of chemical processes using microwave radiation. Microwaves heat any medium containing mobile electric charges, such as polar molecules in a fluid or conducting ions in a solid, by acting as high frequency electric fields. Polar solvents heat up because their constituent molecules are forced to rotate with the field and lose energy in collisions. When ions or electrons within semiconducting or conducting samples produce an electric current, energy is lost due to the material's electrical resistance. Microwave heating in the laboratory gained widespread acceptance after articles published in 1986, despite the fact that microwave heating in chemical modification dates back to the 1950s. Conventional heating entails using a furnace or an oil bath to heat the reactor's walls via convection or conduction. When heating a large sample of ceramic bricks, for example, the core of the sample takes much longer to reach the desired temperature.

Microwave absorption, which acts as an internal heat source, can heat the target compounds without heating the entire furnace or oil bath, saving time and energy. It can also heat thin items evenly throughout their volume (rather than only the exterior surface), resulting in more equal heating. The microwave field is usually non-uniform and localised superheating occurs due to the architecture of most microwave ovens and unequal absorption by the object being heated. By providing a powerful, homogeneous microwave field, microwave volumetric heating overcomes uneven absorption. When the loss tangents of the components are taken into account, a heterogeneous system (comprising diverse substances or phases) might be anisotropic. As a result, various amounts of microwave field energy are expected to be converted to heat in different sections of the system. Because of the inhomogeneous energy dissipation, selective heating of distinct regions of the material is conceivable, which could result non temperature gradients. Nonetheless, the heat transfer procedures between domains must be exposed to the presence of zones with a higher temperature than others. Hot areas would not last long where the rate of heat transmission between system domains is high, as the components quickly attain thermal equilibrium. In a system with a sluggish heat transfer, many early works in microwave chemistry speculated that specific molecules or functional groups within molecules may be excited. However, because the time it takes for thermal energy to be partitioned from such moieties is significantly shorter than the period of a microwave pulse, such molecular hot spots cannot exist under normal laboratory settings. Collisions with nearby molecules would instantly transmit the oscillations caused by the radiation in these target molecules, bringing them to thermal equilibrium at the same time. Solid-phase processes behave in a somewhat different way. Much higher heat transport resistances are involved in this situation, and the likelihood of stationary hot-spots should be considered. Although many people perceive the distinction between two types of hot spots to be arbitrary, it has been highlighted in the literature. All huge non-isothermal volumes that can be detected and measured with optical pyrometers were designated macroscopic hot spots. Under microwave irradiation, these methods can be used to visualize thermal in homogeneities inside solid phases. Non-isothermal areas exist at the micro or Nano scale or at the molecular scale. However, post-mortem approaches have identified minuscule hotspots similar as those postulated to explain catalyst behavior in various gas-phase catalytic reactions, therefore the distinction is meaningless. Due to the presence of metals in supported catalysts and the likelihood of arcing occurrences in the presence of flammable solvents, the application of MW heating to heterogeneous catalysis reactions has not been thoroughly investigated. Using nanoparticle-sized metal catalysts, however, this scenario becomes implausible.