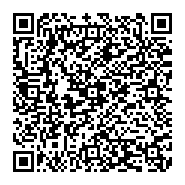 The risk of CVA is highest in children with SCA below ten years of age [4]. there is 80% risk of re-occurrence after the first episode [5]. The incidence of primary CVA in children with SCA has reduced in developed countries since the onset of routine transcranial Doppler ultrasonography and chronic blood transfusion therapy in those with a high risk of CVA [6].

Routine transcranial Doppler ultrasonography is recommended in children with sickle cell anaemia aged two to sixteen years with a repeat every six to twelve months [7].

Despite Nigeria having the highest children with SCD in the world, and also a high percentage of CVA, transcranial Doppler ultrasonography is not routinely done in all centers that care for children with the disorder due to non-availability of the machine and poor access to the few centers where the machine is available.

Clinical and laboratory predictors of elevated cerebral blood flow velocities are tools used in some region in the world to determine children at risk of a CVA. In Nigeria, there is paucity of data on clinical tools that can be used to predict CVA. Lagunju and co-researchers [8] identified young age, arterial oxygen saturation and low hematocrit as predictors of elevated cerebral blood flow velocity.

The predictors of abnormal cerebral blood flow velocity can readily be used even in remote regions and resource poor countries and where there is no easy accessibility to transcranial Doppler ultrasonography in predicting those at risk of CVA for prompt intervention that can subsequently reduce the morbidity and mortality that can occur from the complication.

A prospective study carried out at Sickle Cell Foundation Centre in Lagos, Nigeria. This is a standardized non-governmental organization were transcranial Doppler ultrasonography is done for children that presents within Nigeria due to its highly subsidized price.

In all 360 children aged 2 to 16 years with sickle cell anaemia had transcranial Doppler ultrasonography done by one of the researchers (MO) who had training prior the commencement of the study.

Sample size of 360 was determined using the previous publication on prevalence of abnormal cerebral blood flow velocity in Nigerian study by Lagunju et al. [8] of 8.4%.

Children whose caregiver gave a written consent and assent in those above seven years were recruited. Subjects were in steady state with no previous crisis in the last four weeks, no blood transfusion in the last 4 months, not on hydroxycarbamide and steroid.

Sitting blood pressure was taken using mercury sphygmomanometer with appropriate size cuffs three times after resting for nothing less than five minutes. The mean of the three readings was recorded as the blood pressure. Blood pressure percentile for all subjects was determined using the Centre for Disease Control percentile chart.

Transcutaneous oxygen saturation was done for all subjects in room air and values ≤ 95% was considered low.

Transcranial Doppler ultrasonography was done using a DWL Doppler non-imaging machine. All eligible children had the Cerebral Blood Flow Velocities measured using a 2-MHz hand held probe and measurement was done according to Stroke Prevention in Sickle Cell Disease protocol [8]. The velocities of blood flow in the middle cerebral artery, internal carotid artery and anterior cerebral arteries were measured. The highest velocity in each artery was recorded as the Time-Averaged Maximum Mean Velocity (TAMMV). TAMMV less than 170 cm/s was considered normal, values greater or equal 170 cm/s but less than 200 cm/s were conditional risks and velocity at least 200 cm/s was considered abnormal. Further classification of conditional risk into low and high was done with TAMMV of 170 to 184 cm/s and 185 to 199 cm/s, respectively.

The age range of subjects in the present study is two and sixteen years while the mean age was 7.66 ± 4.2 years. The female to male ratio is 1:1.3.

Table 1 below depicts the relationship between blood pressure percentile and TCD risk groups. For blood pressure less than 90th centile, the number of subjects decreased with increase in TAMMV.

Abbreviations: (%)=Percentage of subjects in each centile, TCD=Transcranial Doppler

Cerebrovascular accident is lethal but preventable complication in children with sickle cell disorder. Transcranial Doppler ultrasonography is recommended as a routine screening tool that identifies children at risk of CVA. In poor resource countries where transcranial Doppler machine is not readily available, the use of clinical and laboratory parameters that are likely predictors of abnormal cerebral blood flow will help in identifying those at a CVA risk for prompt institution of treatment. In the present studies clinical and laboratory parameters like blood pressure, transcutaneous oxygen saturation, complete blood count, lactate dehydrogenase, reticulocyte count and urinary albumin and creatinine ratio were assessed as likely predictors of abnormal cerebral blood flow in children with sickle cell disorder.

Elevated brachial arterial blood pressure was found to be a significant and independent predictor of abnormal Cerebral Blood Flow Velocity in the current study. This is similar to the findings in HbSS subjects studied by Colombattiet al. [9] The finding is not surprising because elevated blood pressure is a known risk factor for CVA [10,11]. The explanation for this is that chronic anaemia and abnormal rheological properties of sickled red cells can lead to cerebral vaso-occlusion which causes cerebral hypoxia. In order to maintain adequate cerebral oxygenation and cerebral perfusion pressure, there is compensatory increase in systemic blood pressure and Cerebral Blood Flow. Thus, relative hypertension may indicate decrease cerebral perfusion, cerebral ischaemia or cerebral vasculopathy which is detected by higher Cerebral Blood Flow Velocities [12].

A positive correlation between reticulocytosis and abnormal Cerebral Blood Flow Velocity was identified in this present study. This finding is consistent with report by Adams et al. [21] and Kwiatkowski et al. [22] study. Reticulocytes have adhesive properties that enhance the binding of sickled cells to the endothelium leading to endothelial damage and vaso-occlusion [23]. In cerebral vaso-occlusion, there is increase in the pressure of blood flow which is reflected by the high Cerebral Blood Flow Velocity [24].

Microalbuminuria is not a predictor of abnormal Cerebral Blood Flow Velocity in the present study, this is similar to the finding by Rees et al. [25]. However, in non SCD adults, albuminuria has been shown to be a risk factor for ischaemic CVA. Albuminuria was then suggested as a marker of endothelial damage with atherosclerotic process. The absence albuminuria as a risk factor for abnormal Cerebral Blood Flow Velocity in the current study and the study by Rees et al. [25] may suggest that albuminuria has no significant influence in its pathophysiology and the occurence of CVA.

CVA is a fatal preventable complication in SCA. The unavailability of TCD ultrasonography in some centres in the developing countries including Nigeria makes prevention of CVA by identification of children at risk difficult. Use of readily available tools as predictors of abnormal TCD in these regions will be helpful in prompt recognition of children at risk for therapy institution.

On behalf of other co-authors, I hereby declare that this article is original and has not been submitted to any other journal for publication.

No conflict of interest among the authors.

The study was sponsored by the authors.