Prescribing Patterns in Chronic Diseases, Evaluation of 1326 Medical Prescriptions from the Area of Mount Lebanon 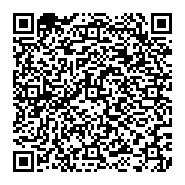 Objective: to analyze the cost and type of pharmaceuticals prescribed to treat chronic diseases in Lebanon, particularly hypertension and diabetes.

Methods: 1326 medical prescriptions were collected from 3 different pharmacies in Mount Lebanon during the period July 2015 and February 2017. Costs were analyzed using the list of drug prices of March 21, 2017 provided by the ministry of public health. We also included the composition and therapeutic class of each medication.

Conclusion: the prescribing patterns in our sample were in accordance with the guidelines of hypertension and diabetes management. The current range of drug prices in the Lebanese market makes these treatments affordable for patients of all socioeconomical classes.

Chronic diseases are among the most common, costly and preventable of all health problems. In the USA, as of 2012, about half of all the adult population had 1 or more chronic illness and 1 out of 4 had 2 or more chronic illnesses [1]. They are by far the leading cause of mortality in the world, representing 60% of all deaths [2].

Over time, the consequences of these chronic conditions also have a devastating effect on the quality of life of the patients. For instance, diabetic retinopathy is an important cause of blindness; it occurs as a result of long-term accumulated damage to the small blood vessels in the retina and accounts for 2.6% of global blindness [3]. Combined with reduced blood flow, neuropathy in the feet increases the risk of foot ulcers, infections and eventual need for limb amputation [4]. For anxiety and depression it has been shown that as the severity of these diseases increases, the quality of life decreases [5]. Hypertensive patients also present lower QOL (quality of life) scores in all domains, particularly in case of high administration frequency and occurrence of drug related side effects [6]. A study reported that diabetes, hypertension and dyslipidemia were the most prevalent diseases in the older adult population in Lebanon [7]. Several factors are taken into account when a physician decides on a chronic condition treatment (disease stage, newest guidelines, patient profile and other illnesses, drug-drug and drug-food interactions, choosing between a brand-name and a generic alternative).

Before the introduction of the Unified Medical Prescription (UMP), it was hard to assess the most used drugs to treat a certain chronic condition, the most used combinations of drugs/classes of drugs in treating a specific disease, the median cost of a prescription and how much this cost varies within and between chronic diseases. However, after it was introduced in July 2015, the UMP has been a positive step for the healthcare system in Lebanon, since it is one component of a broader policy that seeks to lessen the burden of health costs for citizens. This new policy allows the pharmacist, with the permission of the patient’s physician, to substitute high cost brand-name drugs with generic equivalents in case of inability of the patient to purchase those [8]. Following this law, the medical prescription is made of 3 carbon copies: one for the physician, one for the pharmacist and one for the patient. The objective of the study is to describe/analyze the drugs prescribed in Lebanon for the treatment of hypertension and diabetes, as well as their cost.

A sample of 1326 medical prescriptions was collected from 3 different pharmacies in Mount Lebanon during the period July 2015 and February 2017. All information was entered manually with the help of a piece of software written in Python. The names of the prescribing doctors were not entered, neither the date of the prescription nor the posology. The patients’ names were only entered to ensure that the same treatment was not entered twice; from that step onwards the patients’ names were discarded.

The ministry of health (MOPH) public price list of March 21, 2017 used was downloaded from the ministry of health’s website. Additional features created are composition [9] and therapeutic class [10,11] of each drug in the sample. All prices were converted from Lebanese pounds to US dollars using the 24/5/2017 exchange rate of

The analysis was carried out using Python version 3.5 through the Anaconda distribution. The main libraries used were Numpy, Pandas, Matplotlib and Seaborn.

Hypertension: Our sample contained 168 hypertension prescriptions of which, 60 were monotherapy prescriptions (35.7%). Looking into classes, beta-blockers are present in 38.7% of monotherapy only prescriptions, calcium channel blockers in 25.8%. Overall, the most prescribed classes were: beta-blockers (50% of hypertension prescriptions) followed by angiotensin receptor blockers (43.5%), diuretics (41.7%) and calcium channel blockers (40.5%) then ACE inhibitors (21.4%). The most prescribed hypertensive medication was bisoprolol (35.1%), followed by hydrochlorothiazide (30%), amlodipine (27%), Irbesartan (12%) and Telmisartan (10%).

Figure 1 represents the network of hypertension drugs. Each drug is a node (disk) with a size proportional to its degree (number of connections it has), and has an edge (link) that connects it to another node if the 2 drugs are prescribed together, with the width of the edge proportional to the number of times the 2 drugs appeared together in hypertension prescriptions. Hydrochlorothiazide was the most prescribed ingredient in association, followed by bisoprolol and amlodipine. Methyldopa is represented as a node with size 0, which is not surprising since it is mostly used alone to treat pregnancy related hypertension.

In terms of prices of prescribed hypertension drugs, diuretics and beta-blockers were the least expensive (with medians of 5.4 and 6.6 USD respectively), while ACE inhibitors and angiotensin receptor blockers were the most expensive ones (with medians of 19.8 and 25.4 USD respectively). The full distribution of prices in each class is shown in Figure 2.

Figure 2:Swarm plot of prices of prescribed hypertension drugs for each class (prices of combination drugs are not included).

Costs and Associations of Chronic Diseases

A cost analysis was conducted for 4 major chronic diseases: hypertension, diabetes, lipid disorders (hypercholesterolemia and hypertriglyceridemia) and anxiety/depression. Anxiety and depression were considered together since we could not differentiate the 2 disorders given only the prescription.

According to the MOPH drug-pricing list of March 2017, the median prescription cost of hypertensive medications was 22 USD, lipid disorders (26.1 USD), anxiety/depression (11.1 USD) and diabetes (18.7 USD) with insulin therapy in later stages of diabetes accounting for the costliest prescriptions reaching 175 USD (Figure 6).

Hypertension affects more than 1 in 5 adults worldwide [12] and is estimated to cause about 12.8% of the total of all deaths [13]. Hypertension treatment strategies have varied widely over time in terms of initial drug of choice from diuretic to ACE inhibitor (ACEI)/angiotensin receptor blocker (ARB)/calcium channel blocker (CCB), from monotherapy to low dose combination single pill therapy [14]. Over the past 20 years, there had been a consistent increase in the use of ACEIs, ARBs and CCBs, with many robustly conducted clinical studies showing no consistent differences in antihypertensive efficacy, side effects and quality of life within these drug classes [15].

Looking into classes in our sample, the most prescribed classes were beta blockers, followed by angiotensin receptor blockers, diuretics, calcium channel blockers and ACE inhibitors. A retrospective time series data from China from 2007 to 2012 found that the most frequently prescribed antihypertensive drug classes were CCBs and ARBs, with prescriptions of the latter increasing most rapidly [16]. In India, the most common antihypertensive class prescribed was ARBs, followed by ACEIs, BBs and CCBs respectively [17].

The association of ARBs, the most expensive class of drugs, and diuretics, the least expensive one, was the most prescribed combination in our sample. Al-Drabah et al. in Jordan in 2013 found that ACEIs were the most commonly prescribed antihypertensive agents in monotherapy and diuretics were the most commonly prescribed drugs in combination therapy [18]. The researchers further observed that target blood pressure control was not achieved in most patients which imply that monotherapy may not be sufficient for achieving adequate control in majority of the patients [18].

In 2014, the global prevalence of diabetes was 8.5%, WHO projects that diabetes will be the 7th leading cause of death in 2030 [4]. In the past 10 years, there have been 4 new oral antidiabetic medication classes and 9 new injectable agents and insulin products approved by the FDA for the treatment of type-2 diabetes [19].

In our sample, we had 69 diabetes prescriptions, of which 33 monotherapy prescriptions. Metformin was the most used drug in monotherapy prescriptions and of all prescriptions. This is in accordance with the guidelines stating that we should always start with metformin, if tolerated and not contra-indicated, and recommending that metformin be continued when other agents are added to the treatment [20]. Conversely in the US, from 2003 through 2012, the use of sulfonylureas, DPP-4 inhibitors, thiazolidinediones, and glucagon-like peptide 1 analogs was not accompanied by metformin in 33.4% to 48.1% of the cases [21], suggesting a non-compliance with the guidelines.

In 2013, metformin prescribing peaked at 83.6%, while sulfonylureas prescribing reached a low of 41.4%. Both remained, however, the most commonly used pharmacological treatments as first-line agents and add-on therapy. Thiazolidinediones and gliptins were also prescribed as alternate add-on therapy options [22].

In our sample, the most prescribed classes in association for treating diabetes are biguanides and gliptins followed by biguanides and sulfonylureas. This is interesting since the potential benefits of DPP-4 inhibitors (gliptins) include their complementary mechanism of action with other antidiabetic medications, a favorable adverse-effect profile (lower incidence of hypoglycemia) and a neutral effect on weight [23]. Patients with type-2 diabetes who receive DPP-4 inhibitors could still achieve almost similar glycemic targets as sulfonylureas [24].

The patient’s age was not included on the majority of the prescriptions and we did not have any other information to distinguish type I from type II diabetes. In fact, in 4 prescriptions insulin was prescribed alone in monotherapy, and these were considered, along with all the other prescriptions, a treatment for type II diabetes. This is why the percentages calculated above for diabetes can be a little biased if our assumption was not true.

Our results cannot be generalized since the prescriptions were collected from 3 pharmacies in Mount Lebanon only. Further studies are needed taking a bigger sample from all governorates in Lebanon. Since the patient’s name was not always present or legible on the prescription copies we used, we could not follow the same patient over time, nor could we analyze the posology and duration of the treatment for the same reasons.

In conclusion, despite the limitations of studying chronic diseases without the dosages, duration of treatment and any other information related to the patient’s profile, we can argue that the general trend in treating these illnesses found in our sample is still within the margin of expectations, if the physicians are following the guidelines properly. The prices of these prescriptions are also in reasonable ranges with respect to the minimum wage, especially with the variety of generics available in minimal prices.

We thank Dr. Chirine Tadros and Dr. Salem Chaccour for providing us with the data and for their general support.

The authors have nothing to disclose.

The authors received no funding for this study.