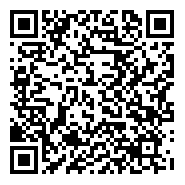 When bacteria switch from facultatively parasitic or free-living life cycles to a permanently host-dependent state, they lose a significant number of genes. The mycoplasmas and associated bacteria fall toward the lower end of the spectrum in terms of bacterial genome size. Contrary to earlier theories, early molecular phylogenetic investigations showed that mycoplasmas represented an evolutionary derived condition. Furthermore, it is now understood that genome shrinkage in obligately host-associated bacteria occurs in many different forms, with mycoplasmas being just one of them. Numerous substances needed for metabolism can be obtained by host-dependent bacteria from the cytoplasm or tissue of the host. They are then capable of eliminating their own metabolic pathways and related genes. Many of the specific gene losses are explained by this elimination.

As there are not enough genes that are universally maintained to support autonomous cellular development and replication, tiny genome organisms must accomplish these feats by utilising a variety of genes. Nonorthologous gene displacement is a portion of how this is accomplished. In other words, a gene that performs one function is replaced by a gene that performs a different function. There is no longer redundant DNA ancestral genome. The amount of chromosomal deletions present in the descendant tiny genome depends on the degree of genome reduction. One of the processes in evolution is selection. The sizes of different types of bacteria genomes can be explained by two more important mechanisms. Gene duplication and horizontal or lateral gene transfer likely to involve large-scale genetic material transfers during insertions. In the absence of selection constraint, genomes will often become smaller, assuming the absence of these mechanisms.

Bacteria that are free-living typically have enormous populations for gene transfer. As a result, selection can be used to remove harmful sequences from free-living bacteria, producing a relatively modest number of pseudogenes. Continued selective pressure is visible since free-living bacteria are required to create all gene products without the aid of a host. It makes sense that free-living bacteria would develop the largest bacterial genomes of all the bacteria kinds since there is ample chance for gene transfer to occur and selective pressures against even marginally detrimental deletions. The smallest genome sizes are found in obligatory parasites and symbionts as a result of the long-lasting consequences of deletional bias. The selective pressure on parasites that have evolved to inhabit particular habitats is quite low. Genetic drift thus dominates the evolution of microorganisms that are specialised for particular niches. The majority of unnecessary sequences are removed with prolonged exposure to deletional bias. Symbionts are much less common and have the worst bottlenecks of any bacterial kind. Endosymbiotic bacteria have essentially no moment for gene transfer, leading to high genome compaction.

This does not imply that all bacterial genomes are becoming smaller and less complicated. There are still a tonne of bacteria whose genome sizes have been preserved or even grown over ancestral states, despite the fact that many different species of bacteria have shrunk from an ancestral form. Large populations, rapid production rates and a relatively high likelihood of gene transfer are all characteristics of free-living bacteria. While deletional bias tends to eliminate pointless sequences, selection can play a substantial role in the evolution of new genes and processes in free-living bacteria.